Allowing families to choose schools that are more suited to their children may play a key role in improving student mental health, including reducing adolescent suicide rates, suggests new research published in the peer-reviewed journal School Effectiveness and School Improvement.

The study is the first of its kind to examine the relationship between U.S. school choice policies and teen suicide and mental health issues.

Gaia space telescope measured the acceleration of the Solar System 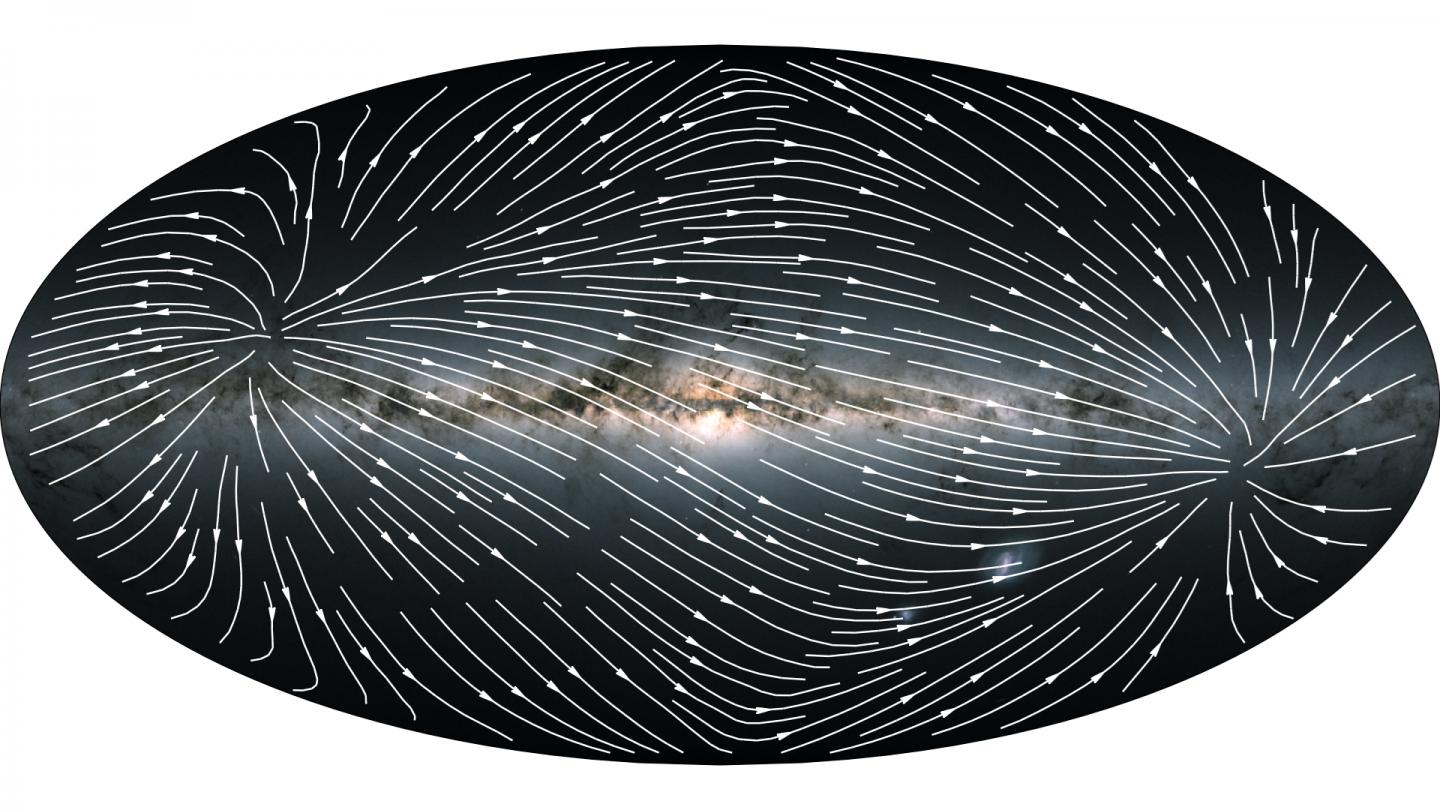 The Gaia space telescope has measured the acceleration of the Solar System when it orbits the center of our Milky Way galaxy. The Solar System motion relative to the stars agrees with the results by Finnish astronomers in the 19th century.

Moreover, the observational data by Gaia improves satellite navigation. Finnish researchers are participating in this massive endeavor, that results in three-dimensional mapping of our galaxy, to be completed in 2024. 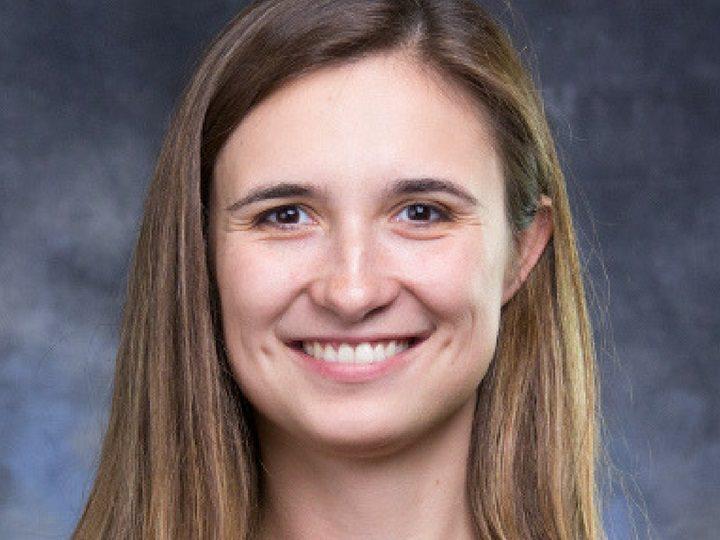 In a new study that could turn what we know about birth order upside down, a University of Houston researcher has found that the role of birth order on career types, occupational creativity and status attainment might have been overestimated in previous research. The only finding that replicated previous research was a small effect of birth order on educational attainment, reports Rodica Damian in the European Journal of Personality. Damian is assistant professor of psychology and director of the Personality Development and Success Lab at UH. 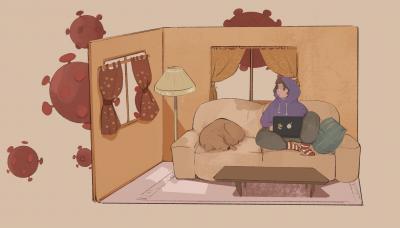 What impact has working from home as a result of the COVID-19 pandemic had on our health? In a new study, researchers from USC have found that working from home has negatively impacted our physical health and mental health, increased work expectations and distractions, reduced our communications with co-workers and ultimately lessened our productivity. The study finds that time spent at the workstation increased by approximately 1.5 hours, while most workers are likely to have less job satisfaction and increased neck pain when working from home.

Nine years on, the psychological effects of the Syrian war on school children in Damascus

Almost a decade of civil and military unrest has left Syrian children mentally scarred, angry and traumatised, according to new research.

In the largest such survey yet carried out, researchers questioned more than 1,300 secondary school children in the Syrian capital, Damascus, about the impact that nine years of exposure to the conflict has had.

They found negative impacts in more than half, with high levels of post-traumatic stress disorder (PTSD), problematic anger and other, significant mental health issues.

Anxiety disorders and obsessive-compulsive disorder (OCD) are disabling psychiatric conditions and the major contributors to global burden of nonfatal illness. The lifetime prevalence of anxiety disorders in adults under 60 years ranged from approximately 30-35%, whereas the lifetime prevalence of in the general population is estimated at 2-3% for full OCD but over 25% for OCD symptoms. 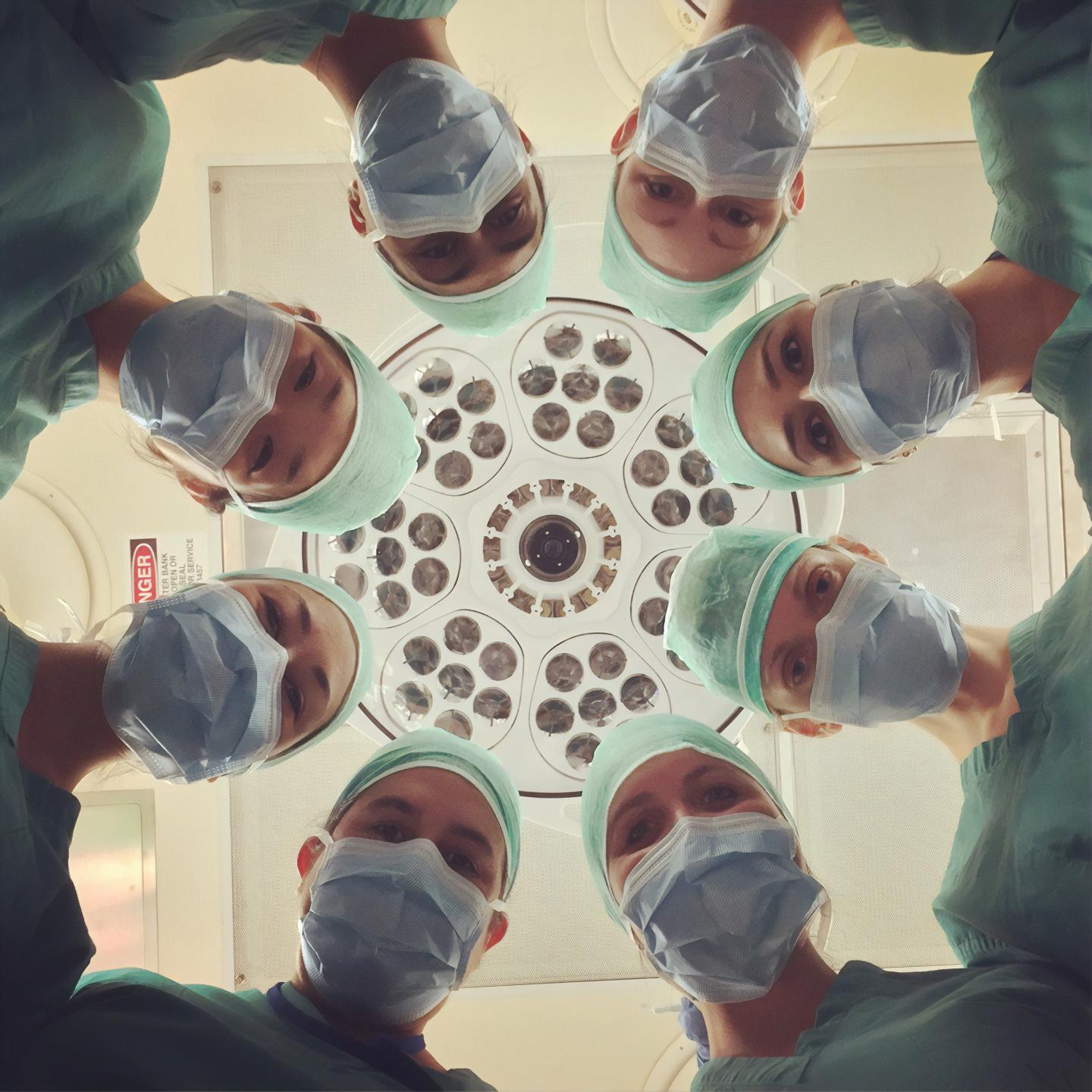 Practice makes perfect. In the complex world of medicine too, where just a millimetre can make the difference between success and failure. In partnership with the University of Manizales (Colombia), the Universitat Oberta de Catalunya (UOC) is hosting a project to create a low-cost surgery simulator; a much more accessible tool than those currently available and which could be used to train both surgeons who are in the early stages of their career and those who are more experienced.

Why do some students cheat by looking over someone's shoulder, furtively searching for test answers on the internet, using cheat sheets during exams or paying others to complete their coursework? How do they rationalise their behaviour to continue to think of themselves as decent people? A study https://monitoringjournal.ru/index.php/monitoring/article/view/972 conducted by the HSE Centre for Sociology of Higher Education offers some answers. 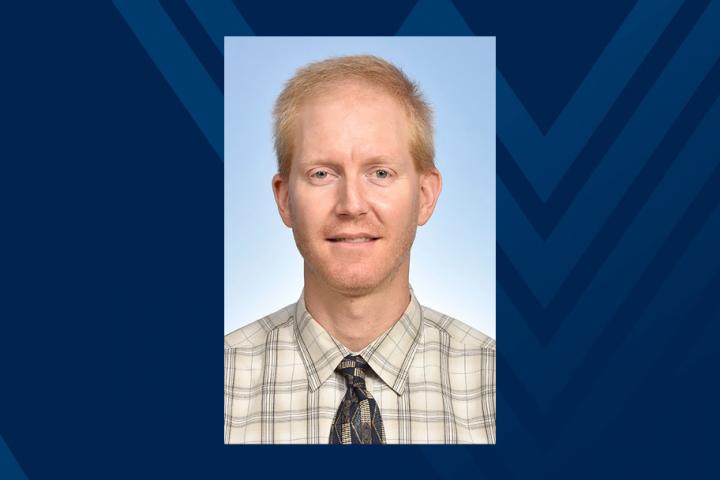 MORGANTOWN, W. Va.--Large-scale behavior change is a critical component when it comes to mitigating the effects of the COVID-19 pandemic. But, as one West Virginia University researcher points out, it can also be leveraged to address a separate, yet, equally important, persistent public health crisis: gun violence in our nation's schools. 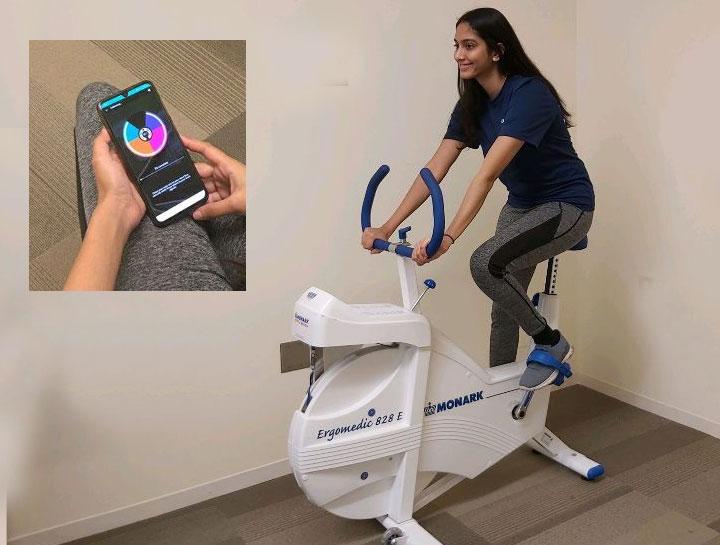 Researchers at the University of Illinois Urbana-Champaign have found that a combination of exercise and mindfulness training can help reduce fatigue in breast cancer survivors. The results from their preliminary trials might be useful in designing interventions for other cancer patients.

The study "Acute effects of aerobic exercise and relaxation training on fatigue in breast cancer survivors: A feasibility trial" was published in Psycho-Oncology. 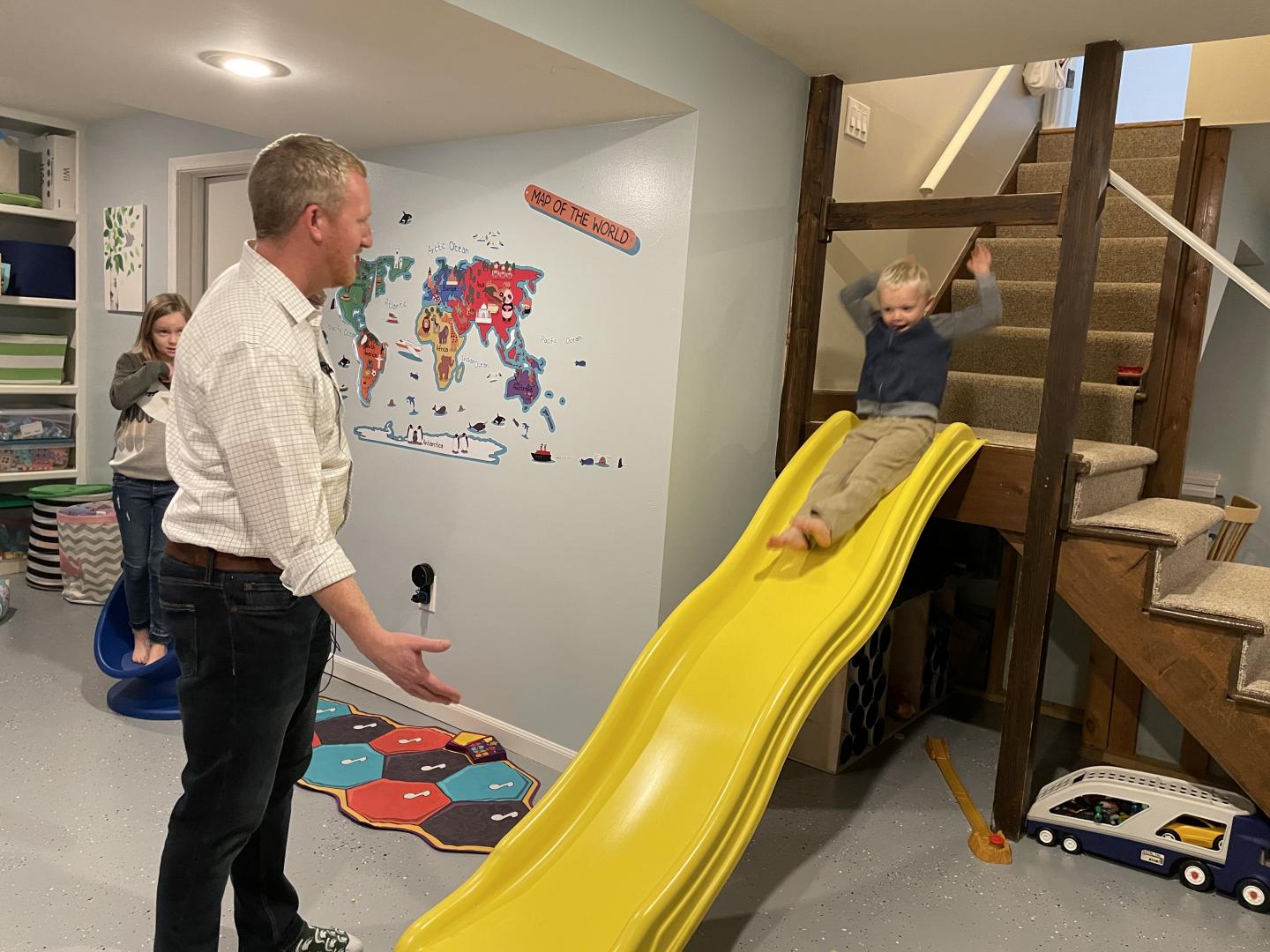 Seasons of change can be difficult to navigate emotionally, not only for adults, but also for children. The ongoing COVID-19 pandemic has undoubtedly impacted children's mental health, and as families start planning for the holidays that may look very different this year, it's important to build resilience in kids to prepare them for what's ahead during these winter months.

The release previously located at this link was posted in error and can now be found here:

MIAMI -- Exposure to ethnic discrimination on social media is associated with higher symptoms of depression and anxiety among young Hispanic males, according to a study by researchers at Florida International University's Robert Stempel College of Public Health & Social Work.

CLEVELAND, Ohio (Nov. 30, 2020)--With a large percentage of women in the workplace aged between 40 and 59 years, the challenge of women managing menopause symptoms while at work is commonplace. A new study examined the relationship between the number of menopause symptoms and the job performance of working women. Study results are published online in Menopause, the journal of The North American Menopause Society (NAMS).

In a holiday season unlike any other, avoid unfounded claims about suicide 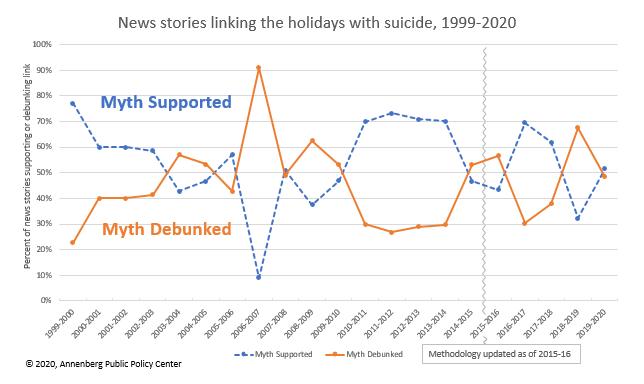 The holiday season usually has the lowest monthly suicide rates. And while the COVID-19 pandemic has increased risk factors associated with suicide, the media and the public should be careful this holiday season not to make unfounded claims about suicide trends.