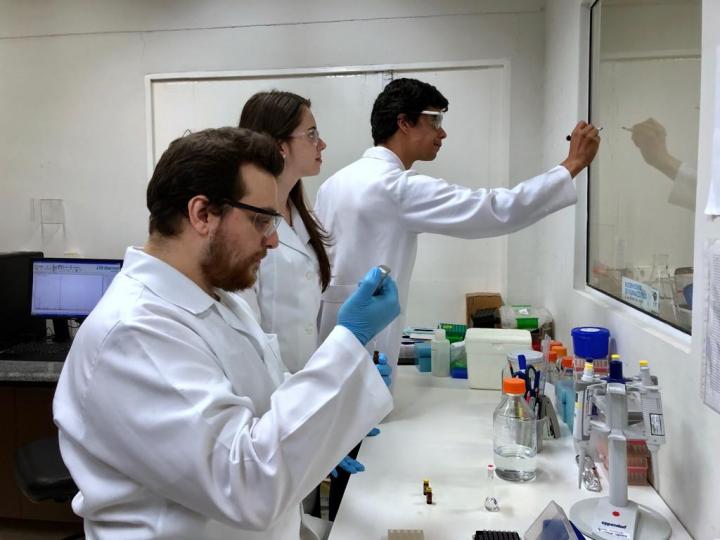 IMAGE: The pathogen may also be a weapon against prostate cancer.

The study was led by Rodrigo Ramos Catharino, a professor in UNICAMP's School of Pharmaceutical Sciences.

In experiments with a human prostate adenocarcinoma cell line (PC-3), the scientists found that Zika inhibits tumor cell proliferation even when inactivated by high temperature. Results of their research, which is supported by São Paulo Research Foundation - FAPESP, have been published) in Scientific Reports.

"The next step in the investigation involves tests in animals. If the results are positive, we plan to look for companies with which to partner on clinical trials," said Catharino, who also works as principal investigator for UNICAMP's Innovare Biomarker Laboratory.

The research project coordinated by Catharino began in 2015, when the link between the Zika epidemic and the rising number of microcephaly cases in Northeast Brazil was discovered. After studies confirmed that Zika can infect and destroy neural progenitor cells, which are precursors of the various types of brain cells in the fetus, Catharino decided to determine the effects of the virus on glioblastoma cells. Glioblastoma is the most common and aggressive type of central nervous system cancer in adults (read more at agencia.fapesp.br/27166).

The positive in vitro results obtained by the UNICAMP group were confirmed in an animal model by scientists at the Human Genome and Stem Cell Research Center (HUG-CELL), a Research, Innovation and Dissemination Center (RIDC) supported by FAPESP and hosted by the University of São Paulo - USP (read more at agencia.fapesp.br/27677).

The research is also supported by the Obesity and Comorbidities Research Center (OCRC), another of FAPESP's RIDCs, in this case hosted by UNICAMP.

In another recent study published in Scientific Reports, Catharino and his group reported the identification of markers of neurological inflammation as many as two years after birth in the saliva of babies born with microcephaly to mothers diagnosed with Zika during pregnancy.

"This shows that Zika induces inflammation that lasts a long time, persisting even after the virus has been completely eliminated from the organism," Catharino said. "The 'wild' version of the virus [without inactivation] could therefore have undesirable effects and won't be usable therapeutically."

The researchers therefore decided to determine whether Zika retains the capacity to destroy tumor cells after inactivation. The experiments were performed with a viral lineage obtained from samples isolated from a patient infected in the northeastern state of Ceará in 2015. After cultivation in the laboratory, the virus was fused with a nanoparticle and heated to 56 °C for one hour to suppress its infection potential.

The next step was to expose cultured PC-3 (prostate cancer) cells to the inactivated virus for 24 or 48 hours and then compare these treated cells with tumor cells that had not been exposed to the pathogen.

"We observed a selective cytostatic effect [inhibition of cell growth and division] in PC-3 cells. In the analysis performed after 48 hours, the cells in contact with the inactivated virus were found to have grown 50% less than the control cells," Delafiori said.

To investigate how Zika alters tumor cell metabolism, the cultured cells were analyzed with a mass spectrometer, a device that acts as a kind of molecular scale, identifying and sorting elements present in biological samples according to their mass.

"For example, we identified lipid markers involved in stress and cellular death processes, such as ceramides and phosphatidylethanolamine," Catharino said. "These and other reported markers explain the lipid remodeling induced by the particle and the disruption of metabolic pathways involving molecules such as porphyrin and folic acid, thus contributing to cell stress and the observed antiproliferative effect."

According to Catharino, these 21 metabolites can be used to pursue a better understanding of the biochemical changes triggered by the virus and to identify therapeutic targets, revealing prospects for further research.