Yale University researchers have identified a handful of bacterial culprits that may drive inflammatory bowel diseases (IBD) such as Crohn's disease and ulcerative colitis, using patients' own intestinal immune responses as a guide.

The findings are published Aug. 28 in the journal Cell.

Trillions of bacteria exist within the human intestinal microbiota, which plays a critical role in the development and progression of IBD. Yet it's thought that only a small number of bacterial species affect a person's susceptibility to IBD and its potential severity.

"A handful of bad bacteria are able to attain access to the immune system and get right at the gut," said Richard Flavell, the Sterling Professor of Immunobiology at the Yale School of Medicine. "If you look at the bacteria to which we have made an immune response, you can begin to find these bad actors."

Flavell's research team focused on antibody coatings on the surface of bacteria. In particular, Yale researchers looked at bacteria with high concentrations of an antibody coating called Immunoglobulin A (IgA). 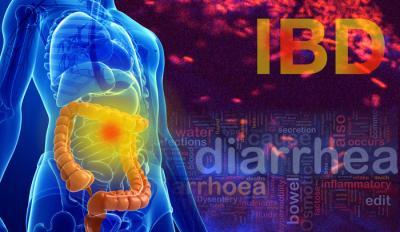 "The coating is our body's attempt to neutralize the bacteria," Flavell said. "It binds to the bad bacteria. We only make these IgA responses to a limited number of organisms."

He and his team confirmed a correlation between high levels of IgA coating and inflammatory responses in the human intestine. To do this, the team collected "good" and "bad" bacteria from a small group of patients and transplanted them into mice. In healthy mice, there was no influence on intestinal inflammation; in mice with induced colitis, those with the suspected "bad" bacteria showed signs of excessive inflammation and other IBD symptoms.

Flavell warned that more research is necessary to learn how many bacterial species fall into the "bad" category and whether those populations are common to all IBD patients or are unique to each patient.

But the study's results indicate that anti-bacterial therapies for IBD are possible, Flavell said. Such anti-bacterial approaches might include highly specific antibiotics, vaccines, and probiotics.

"We believe an anti-bacterial strategy has a place in treating IBD," Flavell said.