It is a lengthy process before a contaminant is identified as such and its harmful effects are highlighted with a worldwide ban. This is acknowledged by Norbert Heeb, chemist in Empa's Analytical Chemistry Lab. He was involved in uncovering the exact structures of HBCD (hexabromocyclododecane). On closer inspection, the substance turned out to be a whole group of compounds. Together with researchers from ETH Zurich, Eawag and the Zurich University of Applied Sciences (ZHAW), he published several studies that show how HBCD is structured, which forms tend to accumulate in the environment and count as persistent organic pollutants (POPs).

Since the 1980s, HBCDs have been used as a flame retardant in plastics, textiles, furniture, electronics and insulation materials. About 20,000 tons have been produced worldwide every year, mostly for polystyrene panels used for building insulation. Each cubic metre of extruded polystyrene contained up to one kilogram of HBCDs; considerable amounts are lurking in Swiss homes.

From initial suspicions to a worldwide ban

There has long been a reasonable suspicion that HBCDs were an environmental toxin that could harm fish and mammals. HBCDs are sufficiently fat soluble to accumulate along the food chain and they decompose in the environment so slowly that they can be transported over long distances; so far, HBCDs have even been detected in the Arctic. It was the task of UN experts to assess whether HBCDs met the criteria defined in the Stockholm Convention on POPs. Besides the exact chemical structures, various issues had to be explained scientifically including biodegradability (persistence), bioaccumulation, potential for long-range transport and any harmful effects of individual HBCD stereoisomers. 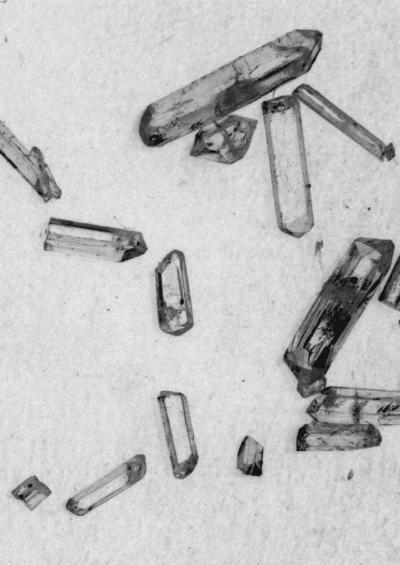 First, researchers from Empa and ETH Zurich revealed that technical HBCD is in fact a mixture of at least eight different stereoisomers. Stereoisomers are substances which have the same chemical composition, yet differ in the spatial arrangement of their atoms. Six of the eight stereoisomers possess distinct mirror images: they are chiral and relate to each other just as the right hand does to the left. In the case of two other stereoisomers, however, one form and its mirror image are identical. Here we speak of meso compounds: such molecules have stereocenters but are nevertheless achiral. Heeb and his colleagues concluded early on that individual stereoisomers may differ not only in their three-dimensional structure, but also in their toxicity and their environmental behaviour. This has since been confirmed by other research groups. Empa's work on flame-proofed polystyrenes has also shown that even while materials are being processed, HBCDs can transform into hitherto unknown and also potentially toxic derivatives. 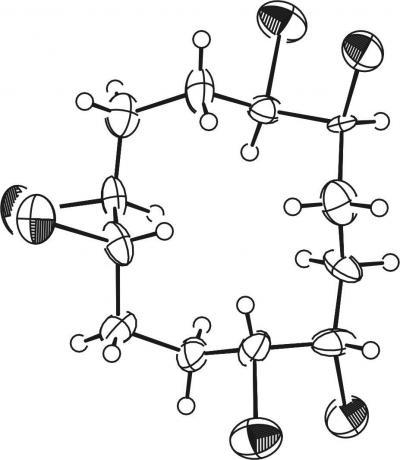 The exact three-dimensional structures of various stereoisomers of HBCDs were determined by illuminating the crystals with x-rays. Here, for example, is the structure of (+) alpha HBCD which does not biodegrade well in the environment.

Together with colleagues from Eawag, Empa scientists have been able to prove that HBCDs - presumably by atmospheric transportation - have ended up in fish and sediments in Swiss waters. As flame-proofed textiles, carpets, plastics and electronic devices are mainly used indoors, it is not surprising that HBCDs also appear in house dust. We pick up HBCDs not only through our contact with dust in our houses, but also by consuming high-fat animal foods. A team led by Empa researcher Andreas Gerecke showed that cutting polystyrene panels with heated filaments releases HBCDs which then attach themselves to tiny plastic particles. These particles can also be inhaled and lead to an increase in HBCD exposure.

The evidence is clear: guilty as charged

Ultimately, the findings were unequivocal. 30 years after they were first produced industrially and used around the world, the expert committee of the Stockholm Convention has classified HBCDs as POPs and thus laid the foundations for a global ban. The resolution was formally passed on 9 May 2013 and comes into effect after a transition period of approximately one year. "Once again we have to look for better alternatives," says Norbert Heeb. "And the many buildings insulated with polystyrenes containing HBCD have become a legacy that are likely to mean high disposal costs in the future." 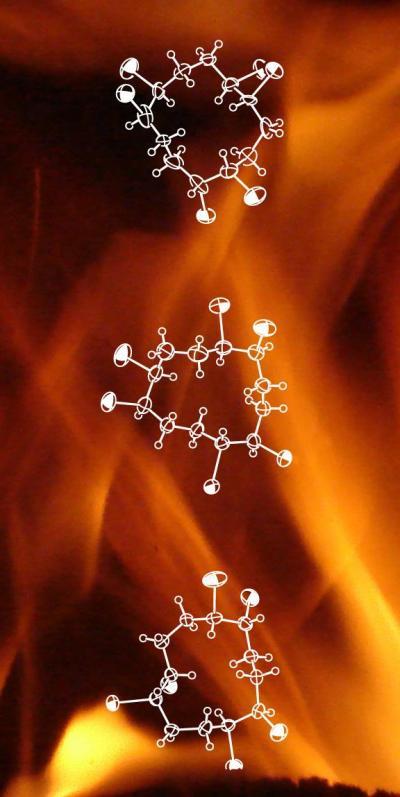 This image shows crystal structures of (-) alpha, (-) beta and (-) gamma HBCDs (top to bottom). Alpha HBCD compounds in particular do not biodegrade well and accumulate along food chains.