EAST LANSING, Mich. — From Ethiopia to Nicaragua, countries that go through civil war are much less likely to become democratic if the winning side gets help from rival nations, a Michigan State University political scientist argues.

In a new study examining democratization after civil wars since World War II, Michael Colaresi found the majority of groups that eventually took power failed to establish democratic governments if those groups took money or weapons from a foreign enemy during the war.

Receiving such aid can create mistrust among the nation's citizens and make it more difficult for the new regime to institute a democracy, which requires public consent for effective governance, said Colaresi, professor of political science.

"Leaders want to stay in power," Colaresi said. "If they try to build democratic institutions, they would then need public support and trust to continue to govern, which is no easy task if you have received support from enemies the public does not trust."

The study, published in the Journal of Peace Research, is the first to show which events within a civil war can help to systematically forecast where post-conflict democratization is likely or unlikely to occur. Past research looked at factors such as the destructiveness of the war and whether the rebel group won, but failed to make a connection to future democracies. 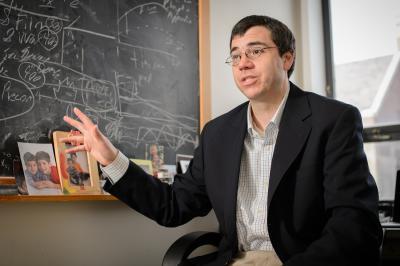 A study on modern civil wars and democracy by Michigan State University political scientist Michael Colaresi suggests countries that receive foreign aid during the war are much less likely to form democracies after.

Colaresi studied 136 civil wars from 1946 to 2009, 34 of which involved rivals aiding the winning side. Of those 34 countries, only one – Algeria – bucked the trend by becoming significantly more democratic over the next decade. The others either remained undemocratic or became substantially more repressive after the civil war.

This logic holds even if the public was unaware of the aid during the civil war. Colaresi noted that democracy in most cases involves greater transparency, holding elections, having a free press and an active legislature, meaning those previous unpopular ties eventually would become public – a disincentive to democratize.

In addition, anti-democratic effects of aid hold when the state providing support is itself democratic, such as the United States. "A tie to an unpopular external democracy," Colaresi said, "is still a potential electoral problem."

The findings have implications for world leaders trying to establish more democratic societies.

"If we want to build democracy and better human rights in the Middle East and other places," Colaresi said, "we have to understand why groups accept aid from rival nations and help to create incentives that drive it out or at least counterincentives to build new governance."