Wildcats threatened by their domestic cousins 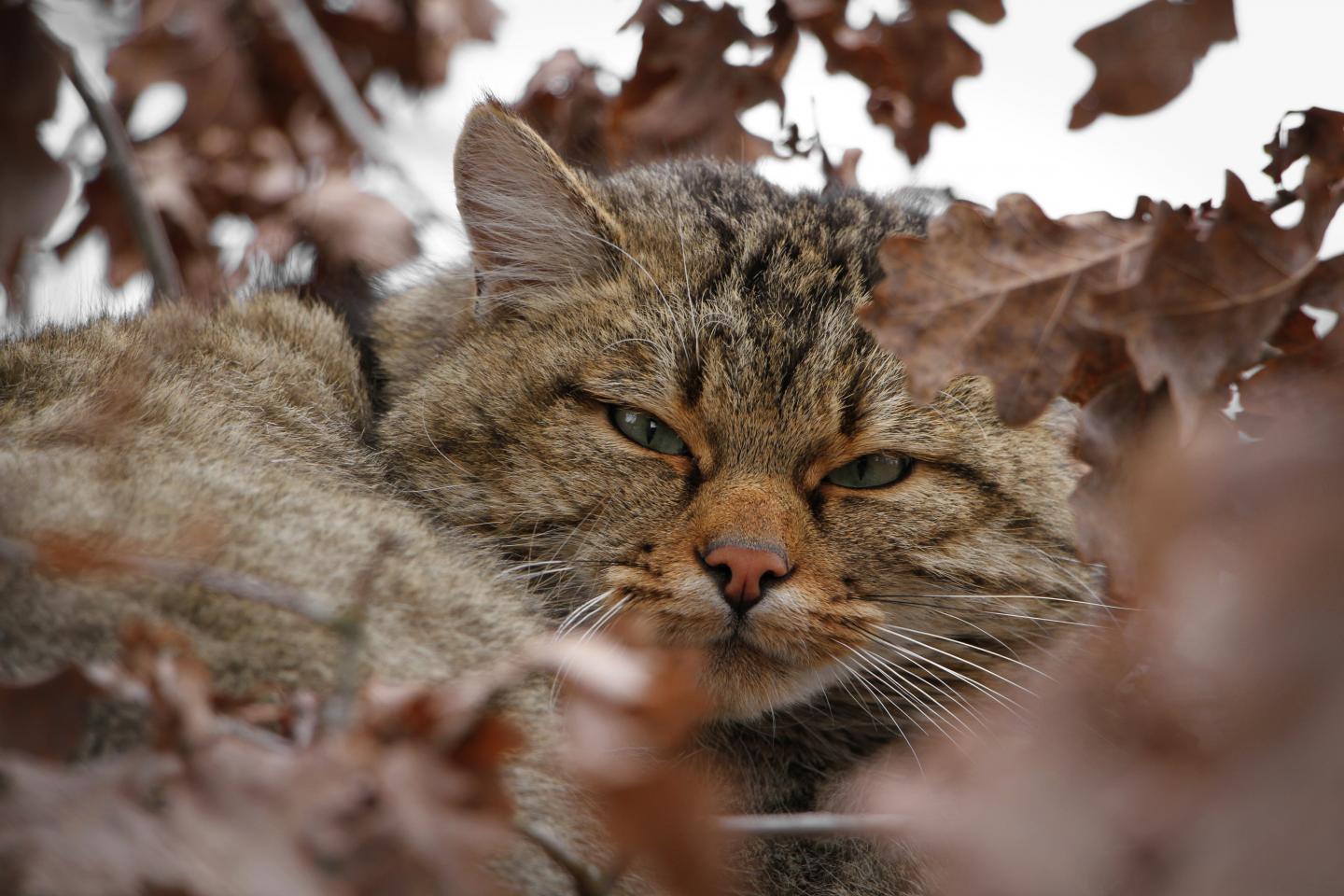 IMAGE: The European wildcat (Felis silvestris)
or forest cat, may disappear within 200 to 300 years.

European wildcats, thought to be extinct 50 or so years ago in the Jura mountains, have since recolonised part of their former territory. This resurgence in an area occupied by domestic cats has gone hand-in-hand with genetic crosses between the two species. The hybridisation between wild and domesticated organisms is known to endanger the gene pool of wild species. In a study to be published in the journal Evolutionary Applications, a team of biologists from the University of Geneva (UNIGE), in collaboration with the University of Zurich and the University of Oxford, modelled the interactions between the two species to predict the future of the wildcat in the mountainous region of the Swiss Jura. The different scenarios modelled by the scientists show that within 200 to 300 years --a very short time in evolutionary terms-- hybridisation will entail the irreversible genetic replacement of wildcats, making it impossible to distinguish them from their domestic cousins, as is already the case in Scotland and Hungary.

Although the European wildcat (Felis silvestris) or forest cat was once very common, it fell victim to intensive hunting in the 19th and 20th centuries and to the massive deforestation that cut back its natural habitat, resulting in its disappearance in some parts of Europe. In Switzerland, the wildcat was deemed practically extinct, with no trace found for 25 years from 1943 to 1968. Thanks to a federal law that has protected the animal since 1962, the wildcat has recolonised the forests and meadows in the Jura range, where it lives side-by-side with the domestic cat (Felis catus) in particular. Although considered two species --or as different subspecies by some-- wildcats and domestic cats can interbreed and have hybrid, fertile kittens. These have the genome of both species and may give birth to offspring carrying the recombinant genes of each species. These hybridisations pose a new threat to the wildcat, since they prompt gene transfers based on a mechanism known as genetic introgression. This mechanism can quickly result in the dissemination of the genes of the more abundant species in the genome of the rarer species. The risk exists in the short term that the genome of the domestic cat will gradually replace the gene of the wildcat, which is markedly less plentiful than its domestic cousin, leading to the extinction of the wildcat.

Scientists from UNIGE and the University of Zurich demonstrated in earlier studies that there is a greater introgression of the wildcat genome by the domestic cat genes than vice versa. The demographic and territorial expansion of wildcats over the last 50 years was identified as the most likely cause of these introgressions, which tallies with observations in the field. This conclusion was reached using bioinformatic simulation models factoring in ecological and genetic characteristics. It was estimated that about 5-10% of contacts between wild and domestic cats produced hybrid kittens. Following these discoveries, the computer model was refined in order to make projections and define the urgency for intervening and preserving the species.

The only solution: stop crossbreeding

The variable factors in the model incorporated in the new article, whose last author is Mathias Currat, senior researcher at the UNIGE Department of Genetics and Evolution, are the hybridisation rate, competition for resources in the environment and the size of the populations. Irrespective of the scenario put forward while acting on these variables, a very strong introgression of the domestic cat's genome into the genome of the wildcat is predicted. Mathias sounds a warning: "This is strongest with population sizes comparable to today's, but is still very high even if we consider more favourable conditions for the wildcat, such as an increase in its population size or a competitive advantage over the domestic cat in the regions where they coexist." Juan Montoya-Burgos, laboratory director in the Department of Genetics and Evolution at UNIGE, and co-author of the study, warns: "The model leads to an irreversible genetic replacement resulting in the ultimate disappearance of the wildcat. Only the end of crossbreeding between the two species predicts the conservation of the wild species."

It follows that the wildcat remains an endangered species in spite of the positive signs of its recent expansion. The dynamic model put forward in the UNIGE study, which combines the demographic and spatial growth of the wildcat populations, can be used to predict the future of the species. Based on the various scenarios, wildcats will be assimilated to domestic cats in as little as 200 to 300 years, as is already the case in Scotland and Hungary. "A hybridisation event has a proportionally much greater impact on the wildcat population, which consists of a few hundred individuals, than in the domestic population, which numbers over one million individuals in Switzerland", points out Mathias Currat.

One initiative suggested by the authors is to drastically reduce the opportunities for hybridisation on the fringes of the wildcat territories. Campaigns to sterilise domestic cats living near farms or close to forests are just one of the proposals. Females should be the primary target since domestic females mate more readily with male wildcats than male domestic cats with wild females. "Early interventions are likely to be less costly both financially and in environmental terms. If we stay passive, the threat to weigh on wildcats in the Jura risks being irreversible," concludes Juan Montoya-Burgos.