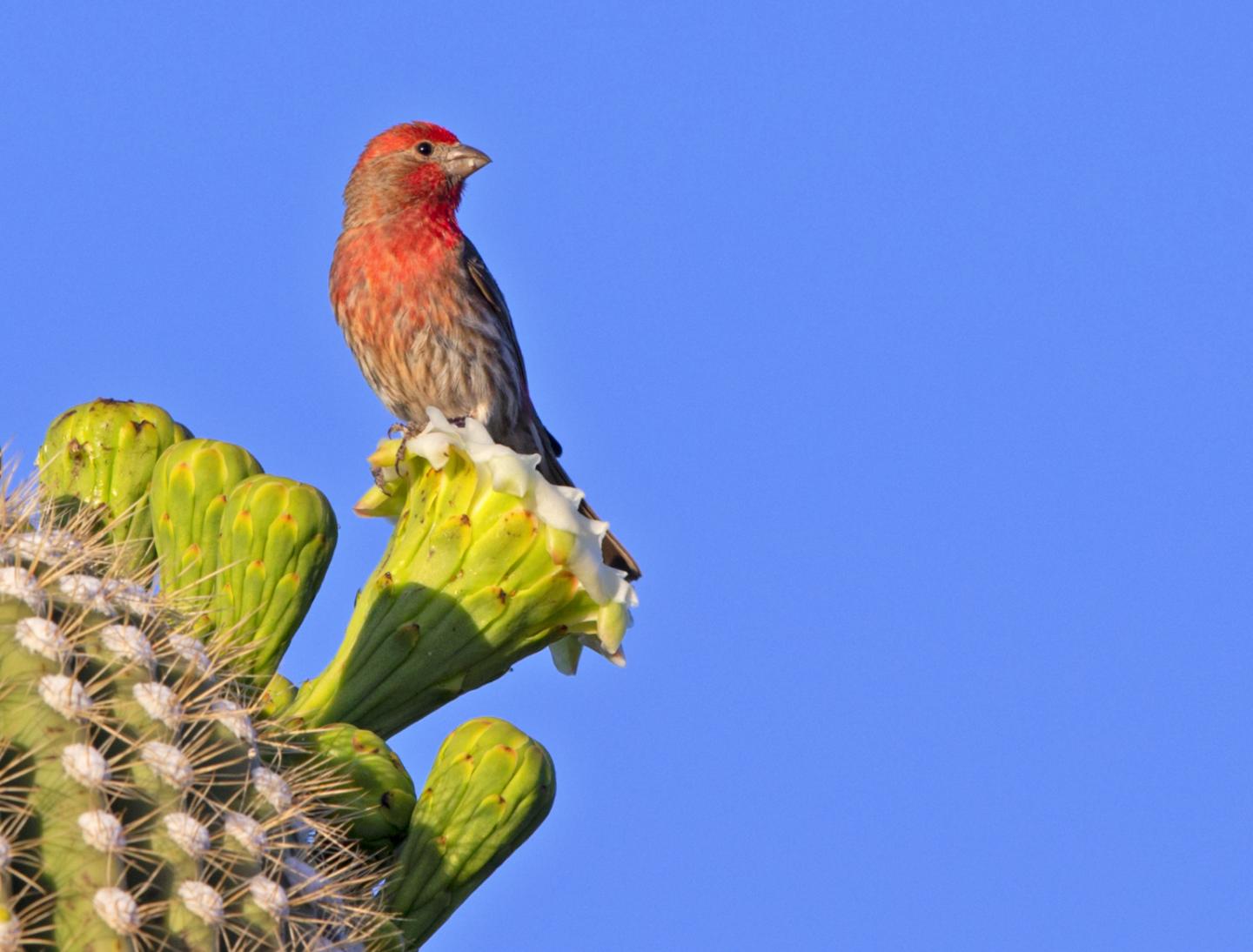 A University of Arizona-led research team has shown that evolution is driven by species interaction within a community.

All living things exist within communities, where they depend on resources or services provided by other species. As community members change, so do the products the species depend on and share. The late George Gaylord Simpson, who was a professor of geosciences at the UA and one of the most influential evolutionary thinkers of the last century, proposed that these fluctuating dependencies should determine the speed of evolution.

The theory has been notoriously difficult to test because species interactions are both ubiquitous and ephemeral, said UA ecology and evolutionary biology professor Alexander Badyaev. But he and his team think they've found a way by examining evolution of biochemical pathways that produce color diversity in birds.

Badyaev and his co-authors showed that the way biochemical processes are structured in birds holds the key to understanding how species gain and lose their reliance on others in their communities. Consequently, this dictates how quickly species can diversify and evolve.

The new study, which was published in Nature Communications earlier this month, both confirms this prediction and reveals the mechanisms that show how it works.

Badyaev studied the evolution of the pathways by which birds convert dietary carotenoids into molecules necessary for everything from vision to the immune system to feather pigmentation.

The team, which included undergraduate and graduate students, and a postdoctoral fellow in Badyaev's lab, built and tested the structure of thousands of carotenoid biochemical pathways in nearly 300 bird species. Then, they explored how the pathways had changed over the last 50 million of years.

"The importance of carotenoids for multiple functions contrasts with birds' inability to create carotenoids themselves," Badyaev said. "So a species deriving its dietary carotenoids from a single food source is hostage to the source's disappearance."

The solution resides in the structure of the biochemical pathways, where the same molecules might be interchangeably produced by different dietary carotenoids. Not only does this enable species to reliably receive their essential carotenoids despite environmental fluctuations, it also allows birds to explore additional biochemical pathways. Badyaev calls this "internalizing control."

"Think about hanging by a rope off a cliff. With one rope, if it disappears, you die. If you have two and one fails, you get to live. But having a third safety rope allows enough stability that you can make something out of the first two - like a ladder - and thus take control of your trajectory while the stability lasts," Badyaev said.

His team found that when species temporarily internalize control over their carotenoid production by capitalizing on multiple sources of carotenoids, they evolve at exceptionally high rates and produce some of the most extravagantly colored birds in the world.

"But the moment you do this, you become susceptible to new external controls, and then the cycle repeats itself," he said. "This is because both gains and losses of external controls occur with equal frequency."

This research builds on both Darwin's theory of evolution by natural selection and Simpson's idea that an organism's evolution is dependent on others in their community.

"It shows how adaptation and evolutionary change are linked mechanistically," Badyaev said. "It shows why gaining and losing internal control is a key feature of evolution."