Warnings were up for Hong Kong for Typhoon Mangkhut after landfall 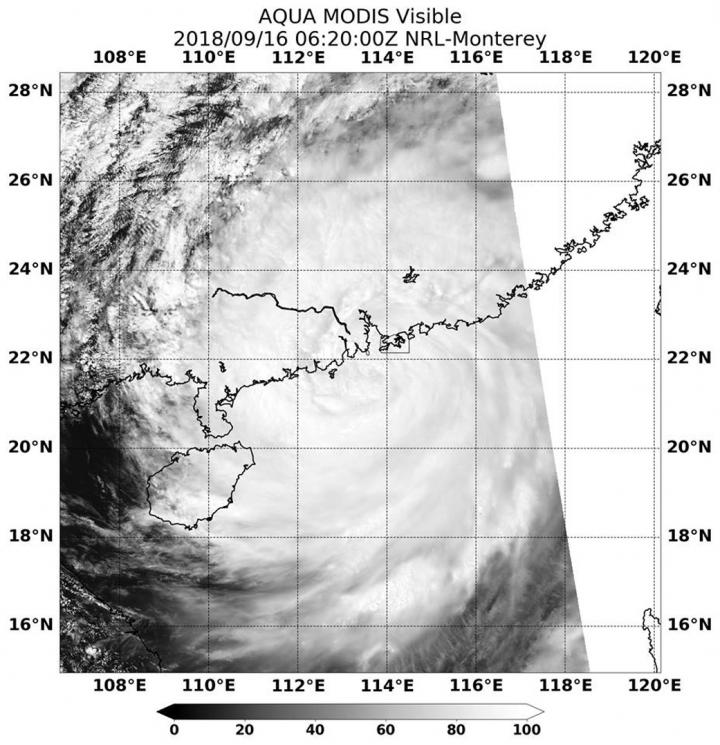 On Sunday, Sept. 16, Typhoon Mangkhut had made landfall in southern China and Hurricane signal #10 was still in force. NASA's Aqua satellite passed over the storm and captured an image that showed the storm after landfall.

A Red Alert, the most severe warning was issued by authorities in southern China.

NASA's Aqua satellite provided a visible look at the storm on Sept. 16 on 2:20 a.m. EDT (0620 UTC) after it made landfall in China. The image showed the cloud-filled center of the storm over the coast. The storm brought surges as high as 3 meters (approx. 9 feet) around Hong Kong.