Want to know what climate change will do in your back yard? There's a dataset for that 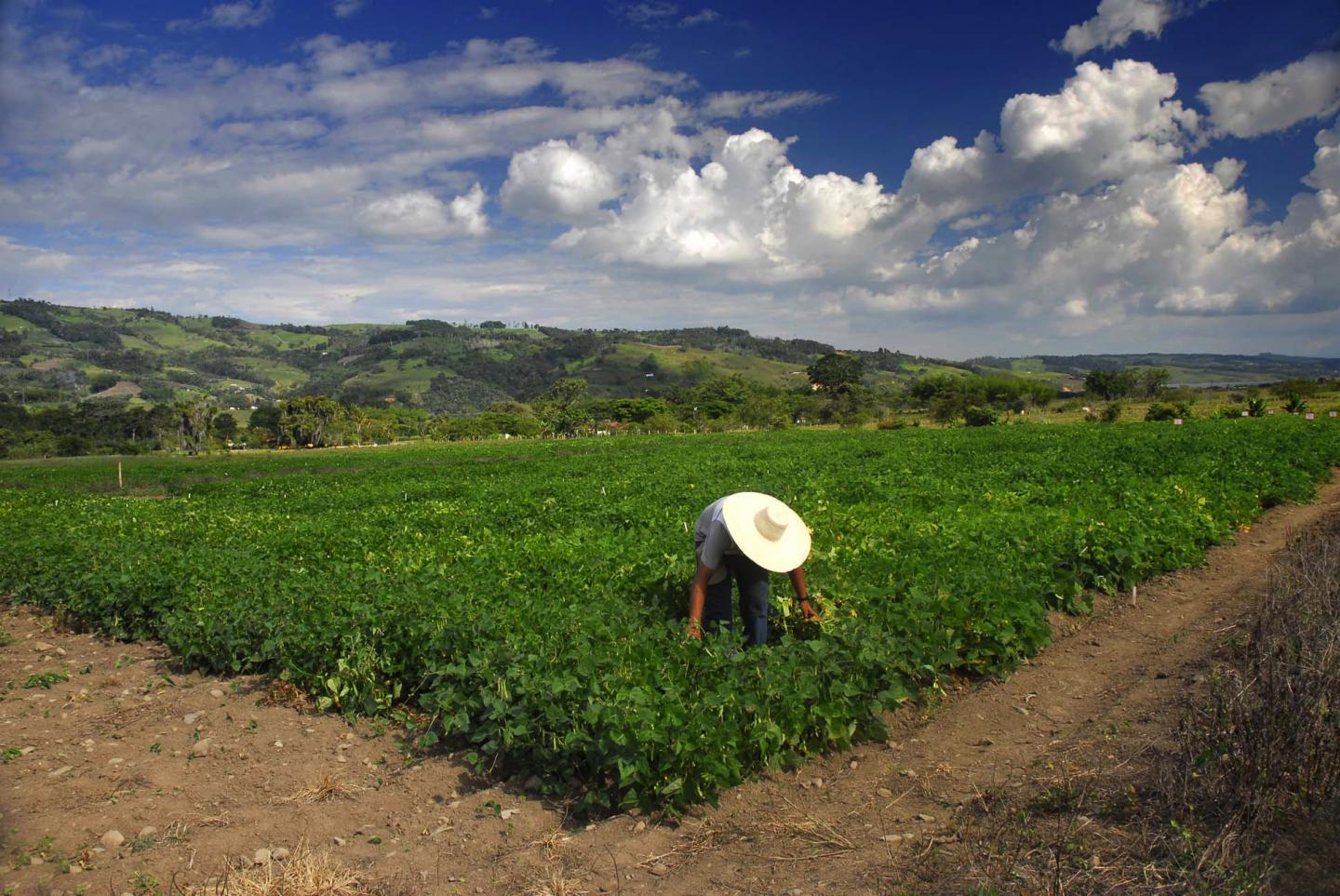 IMAGE: A small bean farm in Colombia's Darién region. Future climate scenarios can be modeled at the community scale thanks to a dataset created by the CGIAR research program on...

What the global climate emergency has in store may vary from one back yard to the next, particularly in the tropics where microclimates, geography and land-use practices shift dramatically over small areas. This has major implications for adaptation strategies at local levels and requires trustworthy, high-resolution data on plausible future climate scenarios.

A dataset created by the International Center for Tropical Agriculture (CIAT) and colleagues is filling this niche. Primarily intended to help policymakers devise adaptation strategies for smallholder farmers around the world, the open-access dataset has been used in 350 research papers. Users in at least 186 countries have downloaded almost 400,000 files from the dataset since it went online in 2013.

A full description, review and validation of the dataset, including how it was built, was published January 20 in Scientific Data, an open-access publication by Nature for the description of scientifically valuable datasets.

"Climate models are complex representations of the earth system, but they aren't perfect," said Julian Ramirez-Villegas, the principal investigator of the project and a scientist with CIAT and the CGIAR Research Platform on Climate Change, Agriculture and Food Security (CCAFS). "These errors can have an impact on our agricultural models. Because these models help us make decisions, this can have dire consequences."

While the data has primarily served agricultural research, it has also been used to map the potential global spread of Zika (a mosquito-borne disease), to plan investment strategies for international development, and to predict the ongoing decline of outdoor skating days in Canada due to warmer winters.

"The use and applicability of this data have been really extensive and topically quite broad," said Ramirez-Villegas. "Of course, a large portion of the studies has been done on crops that are key to global food security and incomes such as rice, coffee, cocoa, maize, and others."

Climate-change projections are typically available at coarse scales, ranging 70-400km. But models for the impact of climate change for many agricultural plant varieties require data at finer scales. The researchers used techniques to increase the spatial resolution (a process known as downscaling) and to correct errors (a process known as bias correction) to create high-resolution future climate data for 436 scenarios.

"This is a critical resource for modeling more realistically the future of crops and ecosystems," said Carlos Navarro, the lead author of the study who is affiliated with CIAT and CCAFS.

For a given emissions pathway and future period, each scenario includes monthly information for average and extreme temperatures, rainfall, and 19 other related variables. The data are publicly available in the World Data Center for Climate and the CCAFS-Climate data portal.

"Through these scenarios, we can understand, for instance, how agricultural productivity might evolve if the world continues on the current greenhouse emissions trajectory," said Navarro. "They also provide the data to model what types of adaptations would best counter any negative climate change effects."

Global and regional models analyze climate conditions at a rougher scales and simplify natural processes, producing results that may deviate from realistic scenarios.

The dataset is CGIAR's biggest Findable Accessible Interoperable Reusable (FAIR) database. It also underscores CGIAR's role in big data for development, through its Platform for Big Data in Agriculture. The dataset is currently included in its Global Agriculture Research Data Innovation and Acceleration Network (GARDIAN).

The high-resolution scale of this data is useful for scientists, policymakers, NGOs and investors, as it can help them understand local climate change impacts and therefore make better bets on adaptation measures, which plans can specifically target watersheds, regions, municipalities or countries.