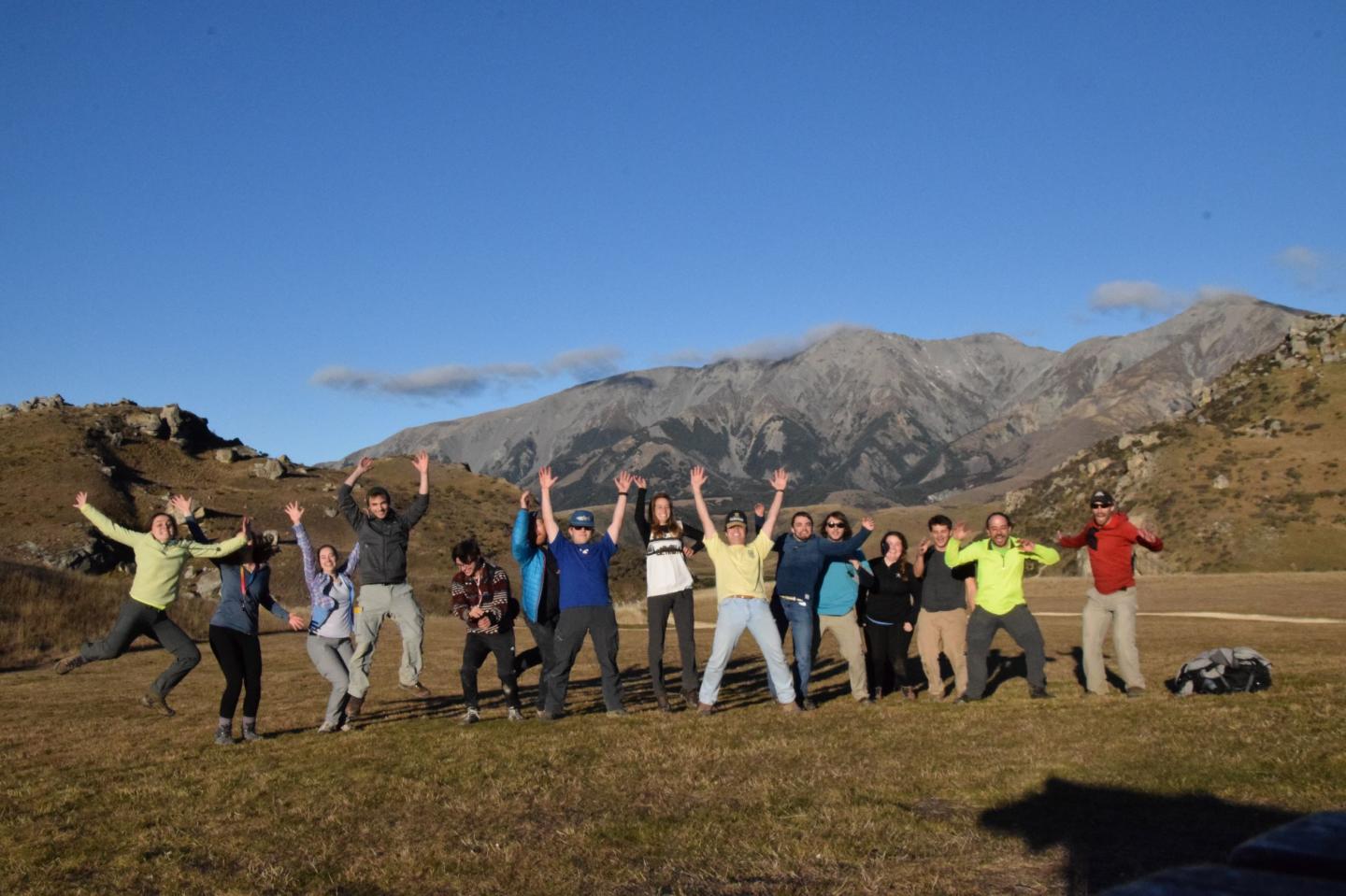 IMAGE: Guilherme Gualda, second from right, led students on a Maymester trip to the Taupo Volcanic Zone in New Zealand.

To figure out where magma gathers in the earth's crust and for how long, Vanderbilt University volcanologist Guilherme Gualda and his students traveled to their most active cluster: the Taupo Volcanic Zone of New Zealand, where some of the biggest eruptions of the last 2 million years occurred -- seven in a period between 350,000 and 240,000 years ago.

After studying layers of pumice visible in road cuts and other outcrops, measuring the amount of crystals in the samples and using thermodynamic models, they determined that magma moved closer to the surface with each successive eruption.

The project fits into Gualda's ongoing work studying supereruptions - how the magma systems that feed them are built and how the Earth reacts to repeated input of magma over short periods of time.

"As the system resets, the deposits become shallower," said Gualda, associate professor of earth and environmental sciences. "The crust is getting warmer and weaker, so magma can lodge itself at shallower levels."

What's more, the dynamic nature of the Taupo Volcanic Zone's crust made it more likely for the magma to erupt than be stored in the crust. The more frequent, smaller eruptions, which each produced 50 to 150 cubic kilometers of magma, likely prevented a supereruption. Supereruptions produce more than 450 cubic kilometers of magma and they affect the earth's climate for years following the eruption.

"You have magma sitting there that's crystal-poor, melt-rich for few decades, maybe 100 years, and then it erupts," Gualda said. "Then another magma body is established, but we don't know how gradually that body assembles. It's a period in which you're increasing the amount of melt in the crust."

The question that remains is how long it look for these crystal-rich magma bodies to assemble between eruptions. It could be thousands of years, Gualda said, but he believes it's shorter than that.