Updates on the fight to save amphibians

On January 12, 2016, the U.S. Fish and Wildlife Service imposed a ban on the import and interstate transport of 201 species of salamanders, in an effort to prevent the deadly fungal pathogen Batrachochytrium salamandrivorans (Bsal) from reaching the United States. First discovered in the Netherlands in 2013, Bsal was found to have hitched a ride on Asian salamanders imported to Europe as pets. While some salamander species worldwide are resistant to Bsal, many European and North American salamanders--which did not co-evolve with the fungus--seem to be more susceptible to infection.

Bsal has not yet arrived in North America, and scientists and regulators want to keep it that way for as long as possible--especially until more is known about the deadly disease. At a press briefing at the Annual Meeting of the American Association for the Advancement of Science (AAAS) on February 11, 2016, leading amphibian researchers from the University of Maryland, San Francisco State University and the University of Puerto Rico will discuss lessons learned from efforts to study and control Batrachochytrium dendrobatidis (Bd), a closely related fungus that has already exacted a severe toll on worldwide frog populations.

"North America is home to the highest number of salamander species in the world. They are a vital and irreplaceable component of our forest ecosystems," said Karen Lips, a professor of biology at UMD and organizer of the related scientific session at the AAAS meeting. Lips will also speak at the press briefing on February 11. "Bsal is the latest invasive pathogen to threaten our native wildlife, but it will certainly not be the last. Both Bd and Bsal are examples of a much bigger, global-scale problem." 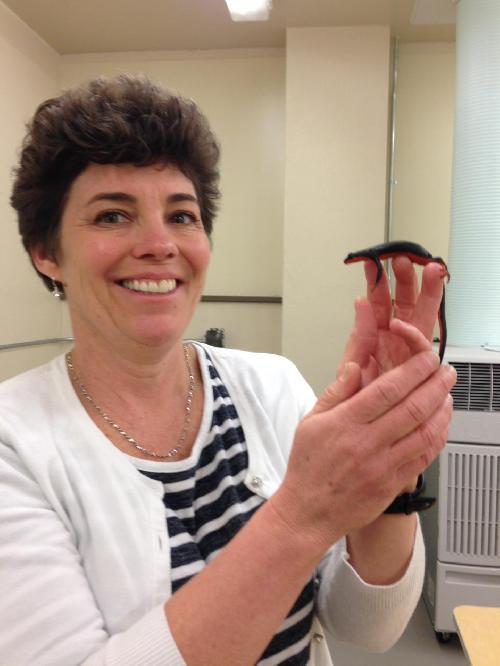 First discovered in the late 1990s, Bd has been discovered infecting amphibians on all continents except Antarctica. While this epidemic has resulted in high losses, it has also revealed much about why and how some amphibians are resistant to infection, and what sort of environmental conditions exacerbate the spread of the disease.

Speakers at the briefing will review the state of knowledge on fungal disease in amphibians, including the discovery new fungal pathogens as well as some genetic responses and certain types of skin bacteria that can guard against Bd infection. In some cases, these defenses cause certain amphibian species to act as vectors, capable of tolerating the fungus while spreading it to other more susceptible hosts. The researchers will also discuss the role of climate, including the preferred range of temperature and moisture most likely preferred by Bd, Bsal and other related fungal pathogens.