(Santa Barbara, Calif.) –– Imagine you're dining at a restaurant in a city you're visiting for the first –– and, most likely the last –– time. Chances are slim to none that you'll ever see your server again, so if you wanted to shave a few dollars off your tab by not leaving a tip, you could do so. And yet, if you're like most people, you will leave the tip anyway, and not give it another thought.

These commonplace acts of generosity –– where no future return is likely –– have long posed a scientific puzzle to evolutionary biologists and economists. In acting generously, the donor incurs a cost to benefit someone else. But choosing to incur a cost with no prospect of a compensating benefit is seen as maladaptive by biologists and irrational by economists. If traditional theories in these fields are true, such behaviors should have been weeded out long ago by evolution or by self-interest. According to these theories, human nature is fundamentally self-serving, with any "excess" generosity the result of social pressure or cultural conformity.

Recently, however, a team of scientists at UC Santa Barbara conducted a series of computer simulations designed to test whether it was really true that evolution would select against generosity in situations where there is no future payoff. Their work surprisingly shows that generosity –– acting to help others in the absence of foreseeable gains –– emerges naturally from the evolution of cooperation. This means that human generosity is likely to rest on more than social pressure, and is instead built in to human nature. Their findings appear in the current issue of the Proceedings of the National Academy of Sciences. 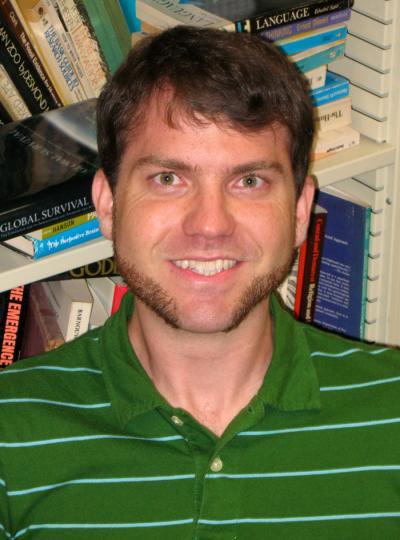 This is Andrew Delton of University of California - Santa Barbara.

"When past researchers carefully measured people's choices, they found that people all over the world were more generous than the reigning theories of economics and biology predicted they should be," said Max M. Krasnow, a postdoctoral scholar at UCSB's Center for Evolutionary Psychology, and one of the paper's lead authors. "Even when people believe the interaction to be one-time only, they are often generous to the person they are interacting with."

"Our simulations explain that the reason people are more generous than economic and biological theory would predict is due to the inherent uncertainty of social life," added Andrew Delton, also a postdoctoral scholar at the Center for Evolutionary Psychology and the paper's other lead author. "Specifically, you can never know for certain whether an interaction you are having right now will be one-time only –– like interacting with a server in a distant city –– or continue on indefinitely –– like interacting with a server at your favorite hometown diner."

"There are two errors a cooperating animal can make, and one is more costly than the other," noted Cosmides. "Believing that you will never meet this individual again, you might choose to benefit yourself at his expense –– only to find out later that the relationship could have been open-ended. If you make this error, you lose out on all the benefits you might have had from a long-term, perhaps life-long, cooperative relationship. This is an extraordinarily costly error to make. The other error is to mistakenly assume that you will have additional interactions with the other individual and therefore cooperate with him, only to find out later that it wasn't necessary. Although you were 'unnecessarily' nice in that one interaction, the cost of this error is relatively small. Without knowing why, the mind is skewed to be generous to make sure we find and cement all those valuable, long-term relationships." 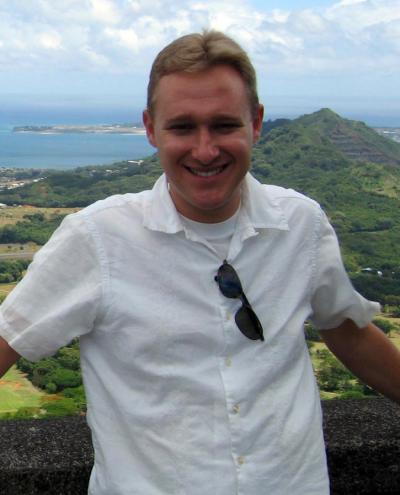 This is Max Krasnow of University of California - Santa Barbara.

The simulations, which are mathematical tools for studying how natural selection would have shaped our ancestors' decision making, show that, over a wide range of conditions, natural selection favors treating others as if the relationship will continue –– even when it is rational to believe the interaction is one-time only. "Although it's impossible to know the true state of the world with complete certainty, our simulated people were designed to use the 'gold-standard' for rational reasoning –– a process called Bayesian updating –– to make the best possible guesses about whether their interactions will continue or not," Krasnow noted.

Delton continued: "Nonetheless, even though their beliefs were as accurate as possible, our simulated people evolved to the point where they essentially ignored their beliefs and cooperated with others regardless. This happens even when almost 90 percent of the interactions in their social world are actually one-time rather than indefinitely continued."

According to Tooby, economic models of rationality and evolutionary models of fitness maximization both predict that humans should be designed to be selfish in one-time only situations. Yet, experimental work –– and everyday experience –– shows that humans are often surprisingly generous.

"So one of the outstanding problems in the behavioral sciences was why natural selection had not weeded out this pleasing but apparently self-handicapping behavioral tendency," Tooby said. "The paper shows how this feature of human behavior emerges logically out of the dynamics of cooperation, once an overlooked aspect of the problem –– the inherent uncertainty of social life –– is taken into account. People who help only when they can see a gain do worse than those who are motivated to be generous without always looking ahead to see what they might get in return." 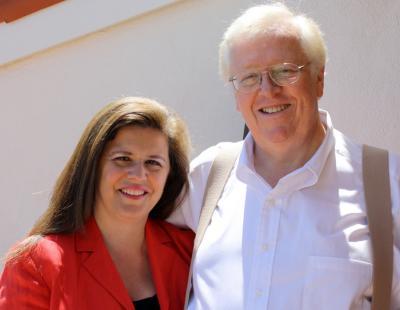 This is Leda Cosmides and John Tooby of University of California - Santa Barbara.