The junior high and high school years are emotionally challenging even under the best of circumstances, but for adolescents with autism spectrum disorders (ASD), that time can be particularly painful. Lacking the social skills that enable them to interact successfully with their peers, these students are often ostracized and even bullied by their classmates.

However, a new study conducted by researchers at the Koegel Autism Center at UC Santa Barbara has found that by playing on their strengths –– high intelligence and very specific interests –– these adolescents are as capable as anyone else of forging strong friendships. In addition, the research findings demonstrate that the area of the brain that controls such social behavior is not as damaged in adolescents with ASD as was previously believed. The findings appear in a recent issue of the Journal of Positive Behavior Interventions.

"The problem is that their restricted interests can dominate their lives and further push away people they'd like to get to know," said Robert Koegel, director of the Koegel Autism Center and the study's lead author. He is also a professor of counseling, clinical, and school psychology and of education in UCSB's Gevirtz Graduate School of Education. "They're so highly focused on that interest, people think they're weird. But by involving themselves in an activity around the interest, they not only make friends but also become valued members of the group. Their specialized skill becomes a strength."

The research team, which also includes Lynn Koegel, the center's clinical director, and Sunny Kim, a graduate student in education at UCSB, took a creative approach to helping three boys with ASD to interact with their peers. Rather than discourage their sometimes-obsessive interests, the researchers helped set up social clubs around them and invited students who do not have ASD to join. The clubs provided a venue for the ASD students to display their special interests and abilities, and helped them engage with their peers in a more meaningful way. 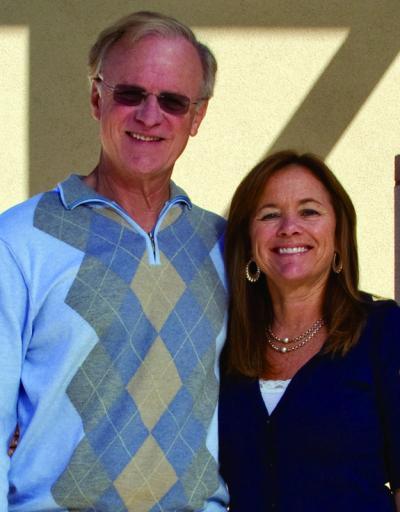 This is Robert and Lynn Koegel.

Koegel offered the example of a student with ASD who has a keen interest in computer graphics. The team created a graphic design club in which students would design logos for various companies and businesses. Because most of the students lacked the necessary expertise, they depended on their classmate with ASD to make the venture a success. "When he was able to interact on a topic in which he was interested, he was able to demonstrate more normal social behavior," Koegel said. "He not only made friends with his fellow members, he was elected club president."

According to Koegel, the findings are also significant because they indicate a higher degree of brain functionality than researchers had previously associated with ASD adolescents. "It has been commonly believed that the part of the brain related to social skills is so damaged that adolescents with ASD are incapable of normal social interaction," he said. "We demonstrated that not to be the case. Once you can motivate kids to try things, they make dramatic and rapid improvement, which shows the brain is not as damaged as first thought."

Conducted through the Koegel Center's Eli & Edythe L. Broad Asperger Center, the study sheds important light on a period of growth and development that is presenting new issues as children who were diagnosed with ASD reach adolescence and young adulthood. "This study is so important because it suggests so much optimism," Koegel said. "It shows the brain isn't as damaged as people thought. And it shows that otherwise unhappy individuals can lead more fulfilling lives."

He added that the research team was pleasantly surprised to see that the students with ASD became highly valued members of their groups, and were given a great deal of dignity and respect. They also noted that, without any instructions or encouragement from any of the researchers, many school peers enthusiastically joined in these club activities and had a great deal of enjoyment throughout and beyond the time frame of the study. "In short, this was a lot of fun for everyone," Koegel said.