Pity the poor autism researcher. Recent studies have linked hundreds of gene mutations scattered throughout the brain to increased autism risk. Where do you start?

UCLA neuroscientists may have an answer. They are the first to map groups of autism-risk genes by function, and to identify where and when these genes normally play major roles in early brain development.

In addition, they discovered disturbances in neural circuits that define key pathways between parts of the cerebral cortex. The research suggests that these early disruptions are created by mutations in genes during fetal brain development and are not a result of autism itself.

Published in the Nov. 21 edition of Cell, the findings will help scientists understand how genetic changes cause autism on a molecular level and prioritize targets for future studies.

"Identifying gene variants that boost risk is only the first step of unraveling a disease," explained lead author Dr. Daniel Geschwind, the Gordon and Virginia MacDonald Distinguished Professor of Human Genetics, professor of neurology at the David Geffen School of Medicine at UCLA and professor of psychiatry at the Semel Institute for Neuroscience and Human Behavior. "We need to figure out where genetic changes appear in the brain, at what stages during development and which biological processes they disrupt. Only then will we understand how mutations cause autism."

Using an online atlas called BrainSpan, the authors charted gene activity in the developing brain before birth. In particular, they examined what happens during gene expression --when genes copy data from DNA to RNA in order to create proteins. 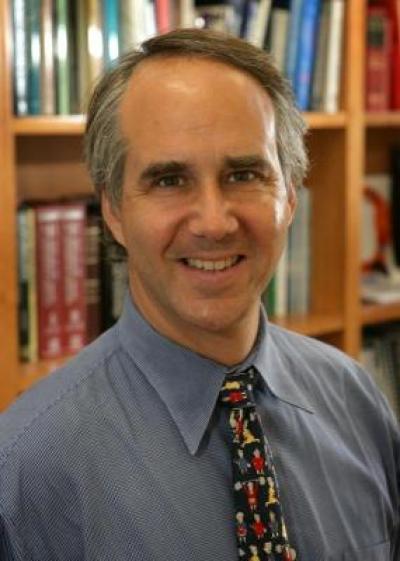 Dr. Daniel Geschwind is the Gordon and Virginia MacDonald Distinguished Professor of Human Genetics, professor of neurology at the David Geffen School of Medicine at UCLA and professor of psychiatry at the Semel Institute for Neuroscience and Human Behavior.

"We found that gene variants are expressed in the developing brain when cells define their future identities and roles in neural circuits," first author Neelroop Parikshak, a graduate student researcher in Geschwind's lab. "Therefore, changes in the genes influence the brain's wiring by altering the synapse and shaping how neurons transmit signals to each other."

The mutated genes also interfered with how the brain's layers and halves relate to one another, a phenomenon confirmed by previous imaging studies of the autistic brain.

"We discovered gene-related disruption of circuits that connect the autistic brain's layers and hemispheres to each other," explained Geschwind, who is director of the UCLA Neurogenetics Program and the Center for Autism Research and Treatment and co-director of the Center for Neurobehavioral Genetics at UCLA. "Our finding suggests that the mutated genes caused the miswiring; it's not a result of having the disease itself."

The UCLA team also demonstrated that while autism and intellectual disability share similar risk genes, the genes behave uniquely, showing for the first time how the two disorders differ.

"People often lump intellectual disability together with autism, because the disorders' risk genes overlap," said Parikshak. "We showed that these genes have unique expression patterns in different brain regions at varying times during brain development.

"Genes linked to intellectual disability influence many biological processes in the body," he added. "But genes tied to autism tend to affect specific functions, such as the connections between brain regions that are essential to many human-specific behaviors, like speech and language."

The UCLA study will reap immediate benefits in the near future, when neuroscientists sequence the genomes of several thousand people for genetic mutations linked to autism and intellectual disability.

"We've made our analysis publically available to allow other researchers to expand upon our study and explore the data in detail," said Geschwind. "We believe this will mark an important step forward in understanding the biology behind autism and other neurodevelopmental disorders."