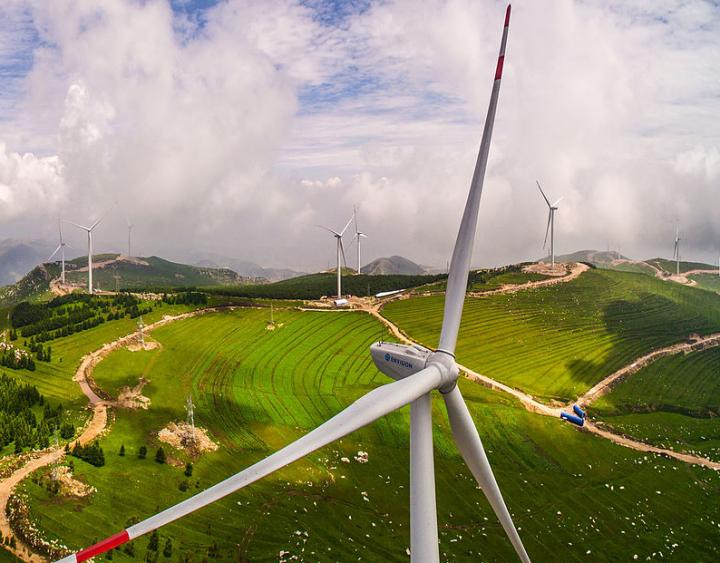 IMAGE: If countries want to lower emissions as substantially, rapidly and cost-effectively as possible, they should prioritize support for renewables, rather than nuclear power, the findings of a major new energy...

If countries want to lower emissions as substantially, rapidly and cost-effectively as possible, they should prioritize support for renewables, rather than nuclear power.

That's the finding of new analysis of 123 countries over 25 years by the University of Sussex Business School and the ISM International School of Management which reveals that nuclear energy programmes around the world tend not to deliver sufficient carbon emission reductions and so should not be considered an effective low carbon energy source.

Researchers found that unlike renewables, countries around the world with larger scale national nuclear attachments do not tend to show significantly lower carbon emissions - and in poorer countries nuclear programmes actually tend to associate with relatively higher emissions.

Published today in Nature Energy, the study reveals that nuclear and renewable energy programmes do not tend to co-exist well together in national low-carbon energy systems but instead crowd each other out and limit effectiveness.

Benjmin K Sovacool, Professor of Energy Policy in the Science Policy Research Unit (SPRU) at the University of Sussex Business School, said: "The evidence clearly points to nuclear being the least effective of the two broad carbon emissions abatement strategies, and coupled with its tendency not to co-exist well with its renewable alternative, this raises serious doubts about the wisdom of prioritising investment in nuclear over renewable energy. Countries planning large-scale investments in new nuclear power are risking suppression of greater climate benefits from alternative renewable energy investments."

The researchers, using World Bank and International Energy Agency data covering 1990-2014, found that nuclear and renewables tend to exhibit lock-ins and path dependencies that crowd each other out, identifying a number of ways in which a combined nuclear and renewable energy mix is incompatible.

These include the configuration of electricity transmission and distribution systems where a grid structure optimized for larger scale centralized power production such as conventional nuclear, will make it more challenging, time-consuming and costly to introduce small-scale distributed renewable power.

Andy Stirling, Professor of Science and Technology Policy at the University of Sussex Business School, said: "This paper exposes the irrationality of arguing for nuclear investment based on a 'do everything' argument. Our findings show not only that nuclear investments around the world tend on balance to be less effective than renewable investments at carbon emissions mitigation, but that tensions between these two strategies can further erode the effectiveness of averting climate disruption."

The study found that in countries with a high GDP per capita, nuclear electricity production does associate with a small drop in CO2 emissions. But in comparative terms, this drop is smaller than that associated with investments in renewable energy.

And in countries with a low GDP per capita, nuclear electricity production clearly associates with CO2 emissions that tend to be higher.

Patrick Schmid, from the ISM International School of Management München, said: "While it is important to acknowledge the correlative nature of our data analysis, it is astonishing how clear and consistent the results are across different time frames and country sets. In certain large country samples the relationship between renewable electricity and CO2-emissions is up to seven times stronger than the corresponding relationship for nuclear."