Two sides of a coin: Our own immune cells damage the integrity of the blood-brain barrier 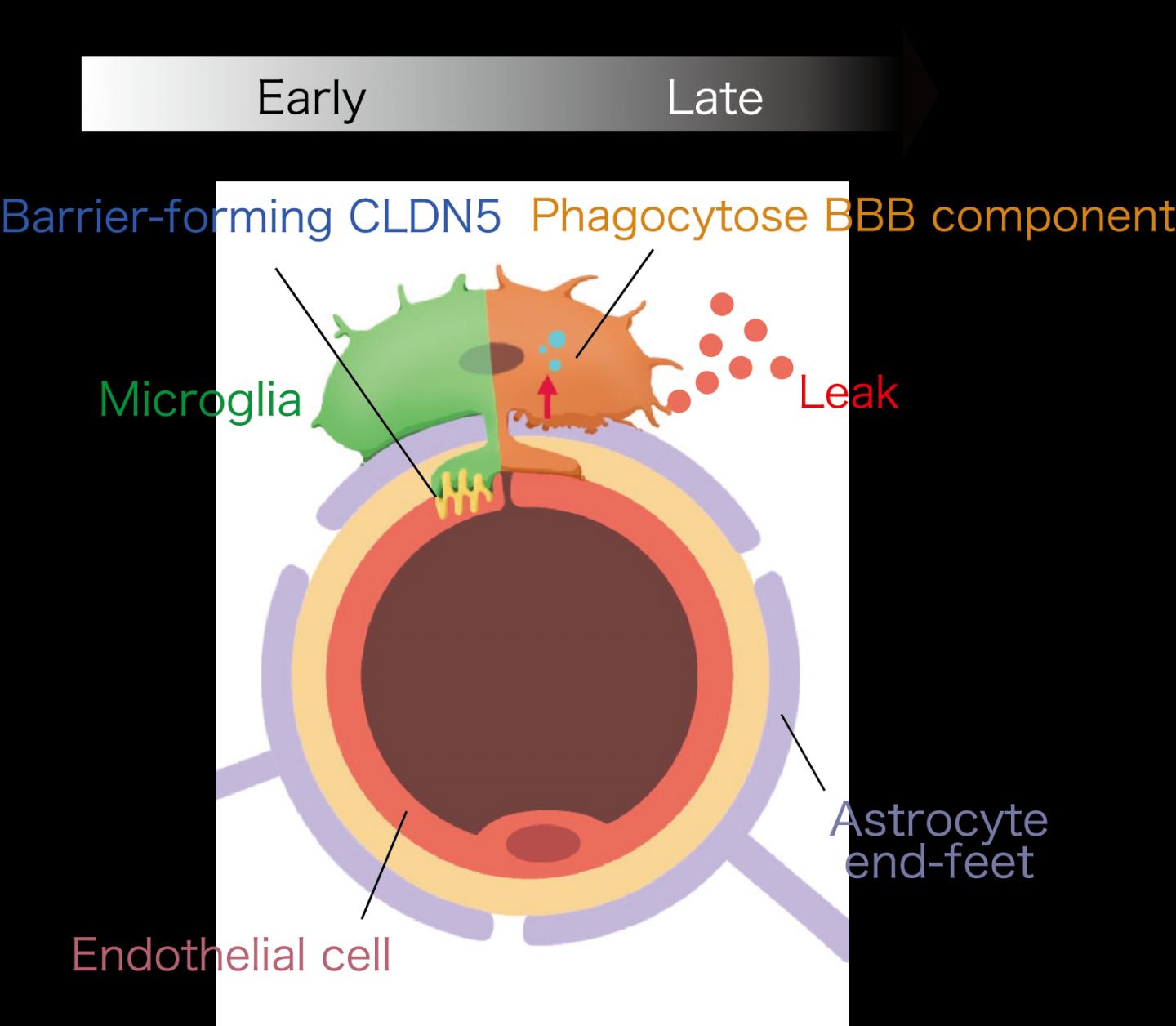 In a study recently published in Nature Communications, a research team led by Prof. Hiroaki Wake of Nagoya University Graduate School of Medicine shows that microglia -- the resident immune cells of the brain -- initially protect the blood-brain barrier from damage due to "systemic inflammation," a condition of chronic inflammation associated with factors like smoking, ageing, and diabetes, and leading to an increased risk of neurodegenerative disorders. However, these same microglia can change their behavior and increase the blood-brain barrier permeability, thereby damaging it.

These results clearly show that microglia play a dual role in regulating the permeability of the blood-brain barrier. In describing his team's future research objectives, Prof. Wake comments, "We aim to identify therapeutic targets on the microglia for regulating blood-brain barrier permeability, because drugs designed for such targets can be used to treat neurological and psychiatric diseases by curbing inflammatory responses in the brain."

As the scientists note in their study, uncontrolled inflammatory responses in the brain can cause a range of cognitive disorders and adverse neurological effects, and drugs that target microglia may help patients avoid such problems by preserving the integrity of the blood-brain barrier. More studies are required to understand more about the processes underlying the microglial behaviors observed in this study. Nevertheless, the study's results offer hope for the development of therapies that could "force" microglia to promote blood-brain barrier integrity and prevent microglia from transitioning to behaviors that damage the barrier.