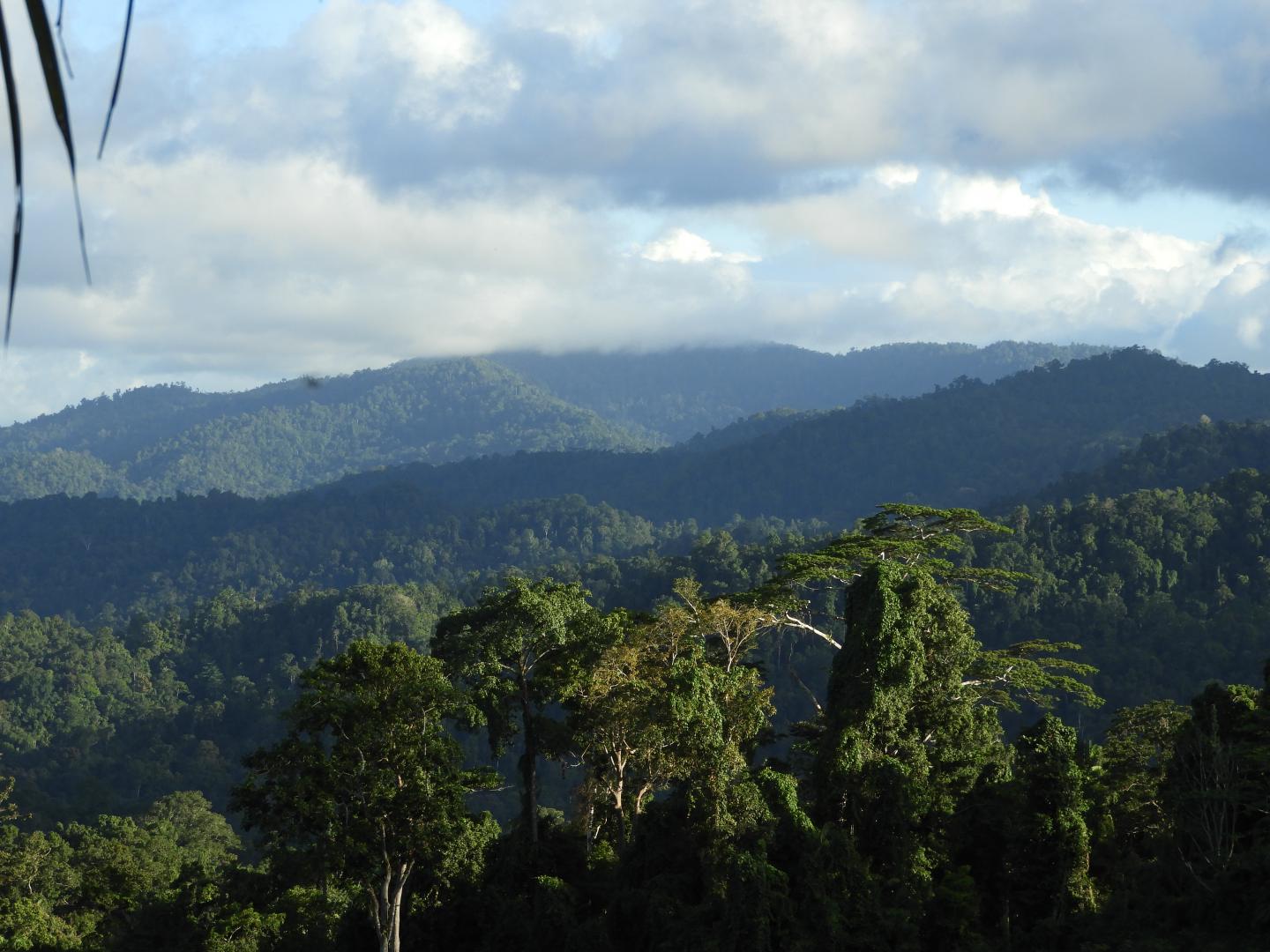 CORVALLIS, Ore. - Scientists have long struggled to explain how tropical forests can maintain their staggering diversity of trees without having a handful of species take over - or having many other species die out.

The answer, researchers say, lies in the soil found near individual trees, where natural "enemies" of tree species reside. These enemies, including fungi and arthropods, attack and kill many of the seeds and seedlings near the host tree, preventing local recruitment of trees of that same species.

Also playing a key role in the tropical forest dynamic are seed dispersers. Seeds from individual trees that are carried a distance away - often by rodents, mammals or birds - have a chance to get established because the fungi and arthropods in the new region target different species. This restriction of tree recruitment near the adult trees creates a long-term stabilizing effect that favors rare species and hinders common ones, the researchers say.

Overturning previous theory, the researchers demonstrate that these interactions with enemies are important enough to maintain the incredible diversity of tropical forests. Results of the study are being published this week in Proceedings of the National Academy of Sciences (PNAS).

"In many North American forests, trees compete for space and some have a niche that allows them to outcompete others," said Taal Levi, an Oregon State University ecologist and lead author on the study. "Douglas-firs are the species that grow best after a fire. Hemlock thrives in the shade and grows well under a canopy. Some species do well at elevation.

"But in the tropics, all of the tree species appear to have a similar competitive advantage. There is an abundance of species, but few individuals of each species. The chances of blinking out should be high. But there has to be a mechanism that keeps one species from becoming common, becoming dominant. And it is these natural enemies that have a high host-specificity."

Egbert Leigh, of the Smithsonian Tropical Research Institute, best described the diversity of tropical forests in one statement: "How can a half square-kilometer (of forest) in Borneo or Amazonia contain as many tree species as 4.2 million kilometers of temperate zone forest in Europe, North American and Asia combined?"

Levi said some tropical forests have as many as 1,000 different tree species living in the same general area. The idea of natural enemies restricting the recruitment of juvenile trees is not new, he said, and in fact was posited nearly a half-century ago by two scientists in what has become known as the Janzen-Connell hypothesis.

Although Janzen-Connell effects should prevent one species from taking over, they don't explain or predict how a thousand tree species can be maintained together. In fact, previous researchers suggested that the Janzen-Connell effects could only maintain a very few species, and thus were relatively unimportant to the overall maintenance of tropical forest diversity.

Instead, Levi and his colleagues from the University of Florida, Oregon State, and James Cook University in Australia says this close relationship between trees and their natural enemies is the key to tropical forest diversity. They found that if fungi, arthropods and other natural enemies produce even small zones around trees where a new tree of the same species cannot establish, then the very high levels of tree diversity observed in tropical forests can be maintained almost indefinitely.

"There is a 'seed shadow' around adult trees and some escape the curve and get out, allowing recruitment in other areas until the host-specific enemies get established in the new location," Levi said. "That's why it is critically important to maintain the biodiversity of birds and mammals in these forests, or recruitment eventually will decline - especially in over-hunted areas."

Levi is in Oregon State's Department of Fisheries and Wildlife, in the College of Agricultural Sciences.