Inflammation and cell stress play important roles in the death of insulin-secreting cells and are major factors in diabetes. Cell stress also plays a role in Wolfram syndrome, a rare, genetic disorder that afflicts children with many symptoms, including juvenile-onset diabetes.

Now a molecule has been identified that's key to the cell stress-modulated inflammation that causes insulin cells to die, report scientists at Washington University School of Medicine in St. Louis, the University of Massachusetts Medical School in Worcester and elsewhere.

That molecule, called thioredoxin-interacting protein (TXNIP), provides scientists with a target to direct therapies for diabetes and Wolfram syndrome. The latter disorder causes kidney problems as well as hearing and vision loss. As patients get older, they develop ataxia, a brain dysfunction that causes a loss of muscle control and coordination, and many patients die before their 40th birthday.

The new study is published Aug. 8 in the journal Cell Metabolism. 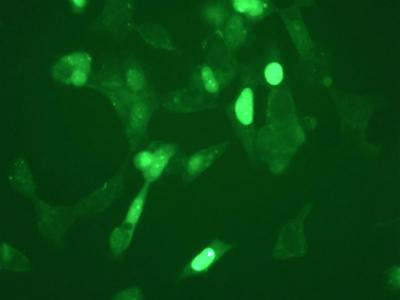 In ER stress, misfolded proteins accumulate, activating a response in the cell designed to correct the problem by making fewer proteins and eliminating the misfolded ones. But if the stress cannot be resolved, the cells self destruct.

"The endoplasmic reticulum does many important things," Urano says. "When it doesn't function properly, it can contribute to several different diseases. In the case of Wolfram syndrome and diabetes, we believe that dysfunction within insulin-secreting cells causes ER stress, which, in turn, contributes to local inflammation and cell death."

Urano's team analyzed genes that were activated in insulin-producing cells under ER stress and found that TXNIP was manufactured in large amounts in the stressed cells. Past research demonstrated that the protein was involved in inflammation, and as experiments progressed, the researchers were able to link TXNIP both to ER stress within the cell and to inflammation outside of specific populations of cells that can have an effect throughout the body.

"We found that ER stress can lead to inflammation activation through the TXNIP protein," he says. "So if we could somehow block TXNIP, we may be able to mitigate the inflammation and block the progression of diabetes and Wolfram syndrome."

Urano has found that in animal models of Wolfram syndrome, TXNIP levels are significantly increased in insulin-secreting cells. Meanwhile, other recent research has discovered that a common blood pressure medication called verapamil can interfere with TXNIP production, so Urano's team plans to test that drug in animals with Wolfram syndrome to learn whether it might delay the progression of the disease. Those experiments, Urano says, are under way.

The TXNIP protein provides the best available target for therapies because the only other known molecule involved in cell death under ER stress conditions is housed in the cell nucleus, he says. TXNIP, on the other hand, exists outside the nucleus and therefore may more easily interact with potential therapeutic agents.

Although this study involves the extremely rare disorder Wolfram syndrome, which affects about one in 500,000 people, Urano says the findings may be important to many other diseases because inflammation contributes to so many disorders, from heart disease to cancer.

"Local inflammation such as ER stress can't be detected by looking for inflammatory molecules in blood plasma, but it is very important in the pathogenesis of many chronic human diseases," he says. "By studying TXNIP in Wolfram syndrome, we may be able to uncover clues for treating other chronic diseases, including neurodegenerative diseases, such as Alzheimer's disease and similar illnesses that cause cognitive problems."