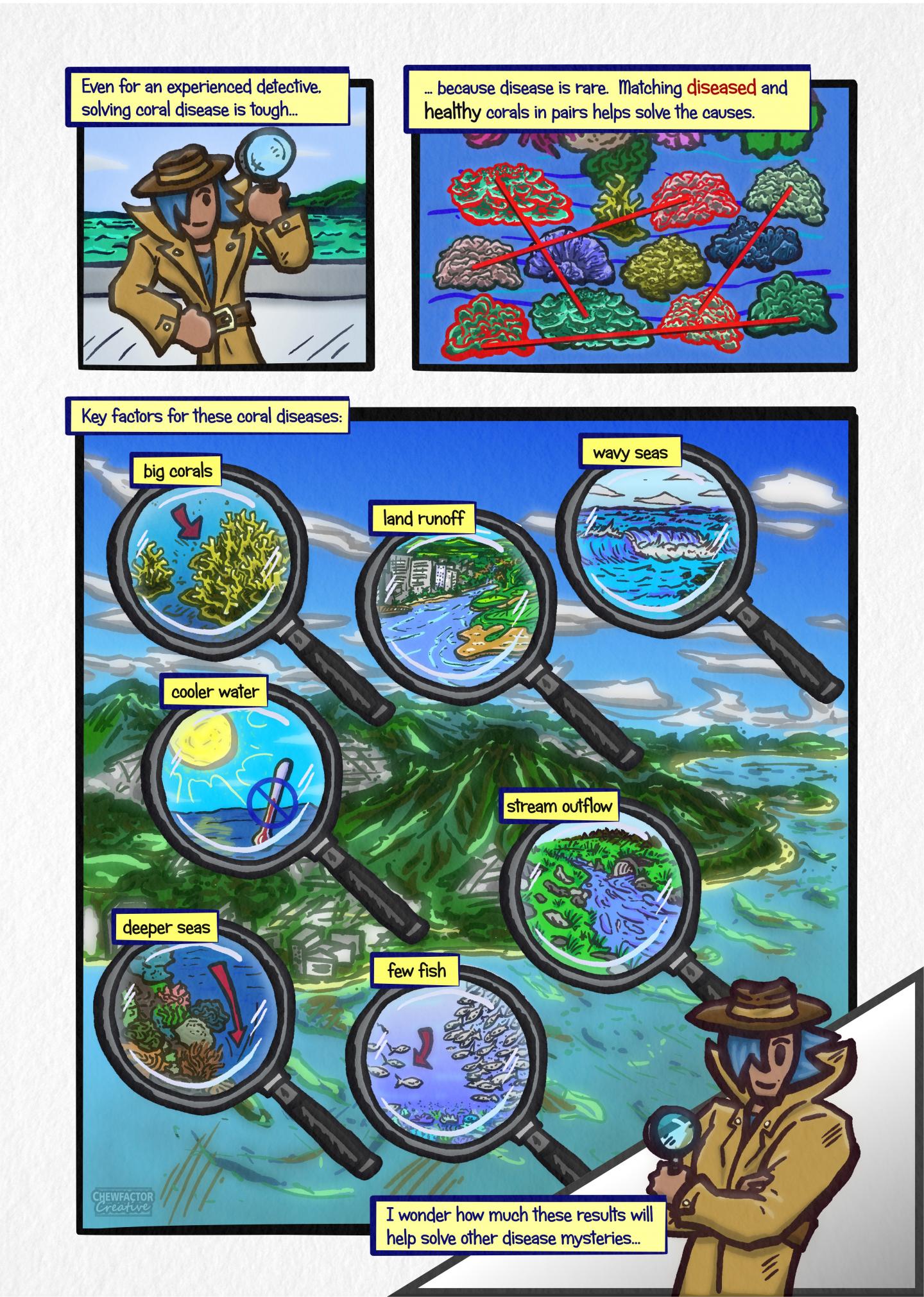 IMAGE: This is a graphical outline of the study created by Townsville artist Dane Hallam in collaboration with the study authors.

Certain diseases in corals are either endemic, meaning they are consistently found at baseline levels in the environment, or epidemic, meaning there are periods with big outbreaks and then they seem to disappear. Though important to understand, it has been a challenge for researchers to study how those diseases are transmitted because of low rates of occurrence.

"We specifically looked at associations between disease occurrence during non-outbreaks periods to understand what conditions allow diseases to persist in the environment at low levels year-round, or in between epidemics," said Caldwell, who is based at the UH Mānoa School of Ocean and Earth Science and Technology's (SOEST) Hawai'i Institute of Marine Biology (HIMB).

Healthy coral reefs are culturally important ecosystems and vital to Hawai'i's tourism industry. Disease outbreaks can wreak havoc on coral ecosystems. Because some diseases are rare and hard to observe, it had been difficult in the past to rigorously make inferences about which disease drivers were most impactful.

"The methods we used in this study highlight the power of the experimental design common in epidemiology but rarely, if ever, used in ecological studies," said Megan Donahue, co-author and HIMB associate researcher.

"This study provides information about what specific conditions impact coral health and the results could be used to help improve coastal development plans by considering the downstream effects of different land-use types on the coral community," said Caldwell. "Additionally, this improves our ability to predict future outbreaks based on environmental conditions and mitigate disease drivers like runoff from golf courses to evade outbreaks altogether."

The team is now using the relationships they identified to forecast coral disease outbreak risk across the Indo-Pacific. This is part of a NASA-funded project to develop seasonal and near real-time forecasts of coral disease outbreak risk for all US-affiliated Pacific Islands and the Great Barrier Reef. The forecasts will be publicly available through NOAA Coral Reef Watch.