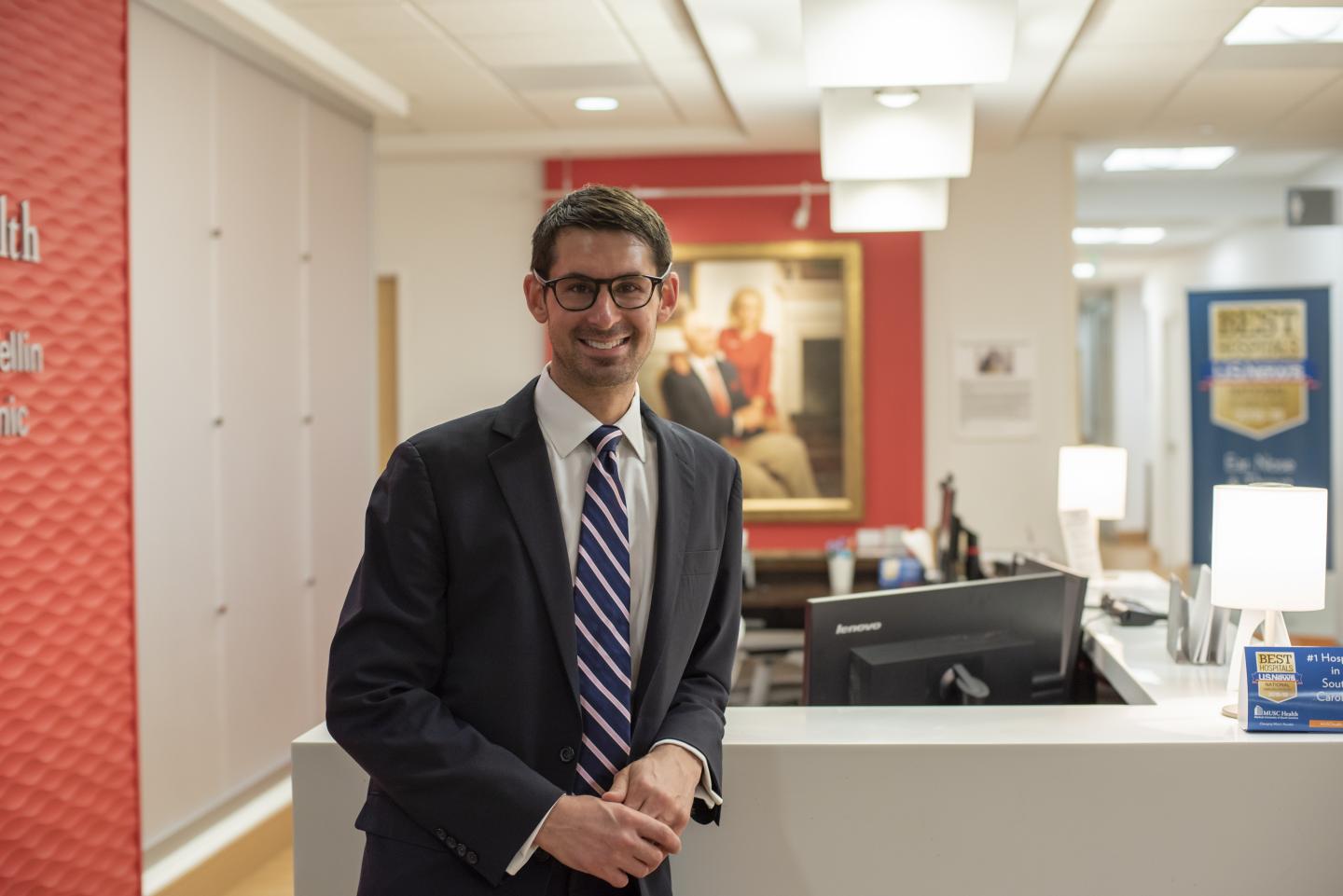 IMAGE: Dr. Evan M. Graboyes is a otolaryngologist-head and neck surgeon with the Medical University of South Carolina.

Delayed care is a crtically important factor in the survival of patients with head and neck cancer, and the patients who most often experience these delays are African American, according to two new studies at the Medical University of South Carolina (MUSC) and Hollings Cancer Center.

"Just as some scientists work to understand cancer genetics or tumor biology in the hope of finding targets that can be modified with a new drug, we see care delivery pathways in the same light," said Graboyes. "Even just changing a few things can result in a higher survival rate of patients and decreased racial disparities in care around the country."

Head and neck squamous cell carcinoma (HNSCC) affects the areas around the throat, voice box, nose, sinuses and mouth. The disease begins when healthy cells in the head and neck start to grow rapidly and out of control to form a tumor, according to the American Society of Clinical Oncology. Squamous cell carcinoma refers to the origin of the tumor: flat cells that form the lining of both the mouth and the throat.

While HNSCC is considered rare, consisting of only 4 percent of all cancer cases each year, it has a high mortality rate. The American Cancer Society estimates that almost 14,000 patients will die from this disease in the U.S. in 2018, and African Americans are even more likely to die from it.

Treatment for HNSCC varies depending on the stage at which the patient is diagnosed, but best practices have been tested and agreed upon by a team of doctors from across the United States. These findings, which form the basis for the National Comprehensive Cancer Network (NCCN) guidelines for treating this form of cancer, shaped the parameters of these two studies.

According to the NCCN treatment guidelines, patients undergoing surgery for HNSCC need to receive postoperative radiotherapy (PORT) within six weeks of their surgical procedure to maximize their chances of remission.

Graboyes' study found that delays starting PORT are common and occurred in 45 percent of the patients involved in his research. While examining these findings, the team also determined that 56 percent of African American patients received delayed care while only 43 percent of white patients did.

Graboyes and his team investigated the processes of care that caused delays and found many factors contribute. Patients who received their pathology report within seven days of surgery were four times more likely to follow treatment guidelines by starting PORT within six weeks.

Patients who had care in two different hospitals rather than continuous care at one hospital or academic medical center were more likely to experience delays as well. Those who met with radiation oncology before surgery had an 8.9-fold increase in timely PORT.

"We know that African Americans with this disease have a significantly higher rate of mortality than white patients, but we aren't sure why," said Graboyes. "This research showed us that delays in treatment disproportionately affected African Americans, which could be one of the factors contributing to their lower survival rates."

More research is still needed to determine the specific barriers to timely and equitable HNSCC care, and racial differences as well as treatment delays in other aspects of cancer care continue.

Barriers to cancer treatment in general often relate to a patient's insurance status, the cost of the procedure, fear or distrust of the medical system, lack of knowledge of the disease and a lack of perceived importance.

Graboyes aims to enact real change that will benefit future patients in South Carolina and across the country. "We hope that these data will be helpful for head neck cancer providers and healthcare policy makers to understand the magnitude of the problem and spur coordinated action to address its root causes," he said.

"We can't always control the inner workings of a disease," said Graboyes. "But we can change the way in which cancer care is delivered to patients, and that's exciting to me."