There are way more species of horseshoe bats than scientists thought 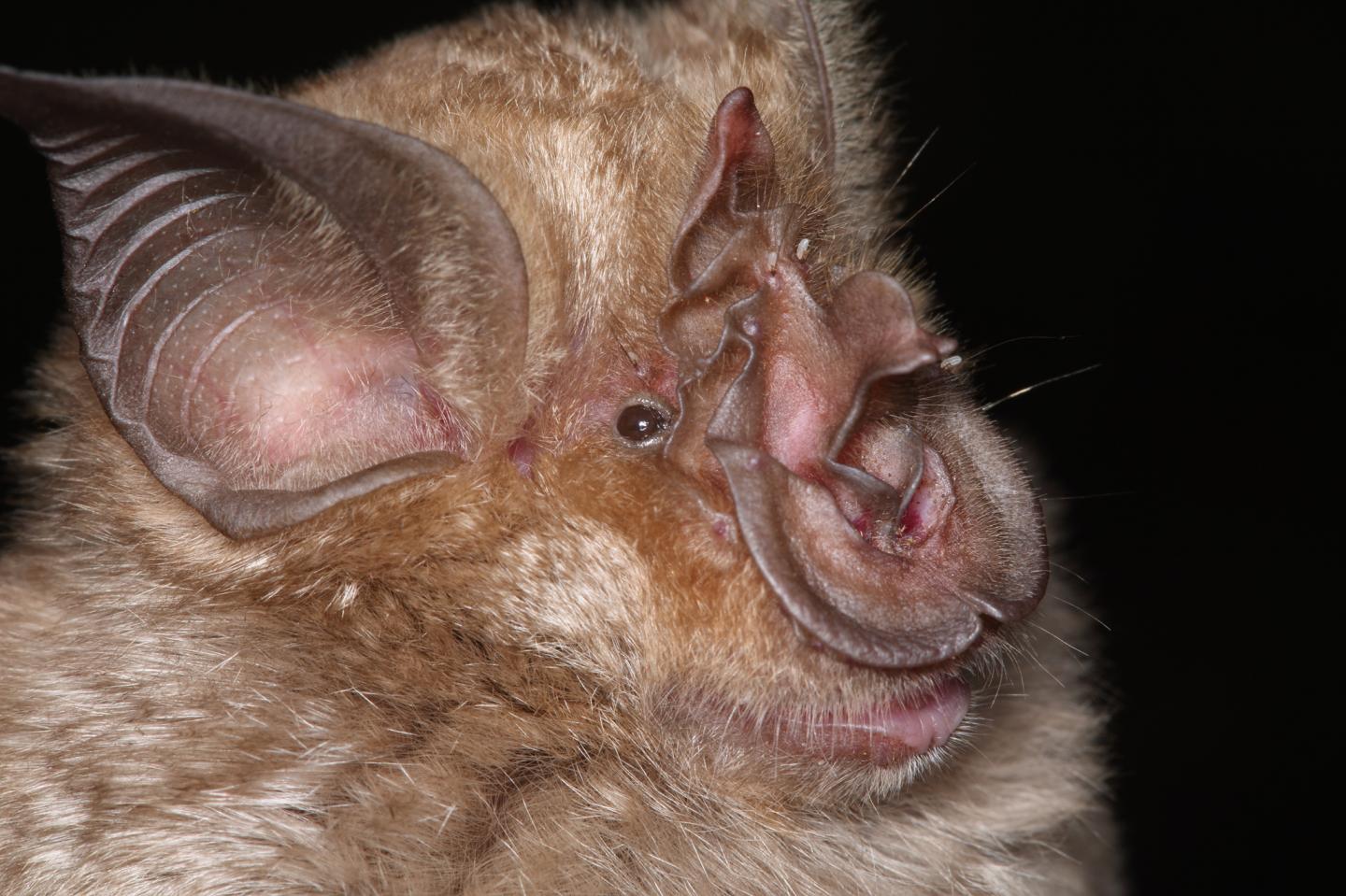 IMAGE: A horseshoe bat that will likely be described as a new species in the next steps of this research.

If you've never seen a horseshoe bat, you're missing out. Their comically large ears are only rivaled for wackiest feature by their nose leaves, little flaps of skin that spread outward from their faces like petals. If you grew up with siblings who would say, "That's you," when they saw an ugly creature on TV, they'd have a field day with horseshoe bats.

But while they have faces only a biologist could love, horseshoe bats have caught the interest of scientists studying the bat family tree. There are more than 100 recognized species of horseshoe bats, and researchers now believe that number could be still higher. In a study published in BMC Evolutionary Biology, researchers from the Field Museum, National Museums of Kenya, and Maasai Mara University used gene sequencing to identify up to 12 new species of horseshoe bats. They also cast doubt on the validity of several recognized species.

MacArthur Curator of Mammals and senior author of the study Bruce Patterson says, to put it simply, "We found a lot more species than we thought were there."

"Horseshoe bats are defined by the broad flap of skin on their upper lip. It serves as a radar dish for their echolocation calls," says Patterson. "I think they're totally bizarre and for students of biology that bizarreness is what makes them so fascinating."

Terry Demos, post-doctoral researcher and lead author of the paper, also agrees that horseshoe bats are unique looking-- "You could say there's beauty in the elaborateness of the nose, I mean it is so intricate."

The researchers wanted to study the bats because, despite being so rich in different species, little is known about their evolutionary history. East Africa has remained understudied, even though it's one of the most diverse regions in the world. For centuries, colonialism meant that European researchers were the only people with access to the land. Patterson and Demos hope that studies like this one will help equip local scientists with the tools they need to research their own land. "We're trying to understand evolutionary history in an understudied area," says Demos, "while also building in-country resources."

The research team examined hundreds of bat specimens from the collections at the Field Museum and National Museums of Kenya. Using small samples of tissue, they sequenced the bats' DNA to see how closely related they were to each other, like 23AndMe testing on a species level.

The genetic similarities and differences between the bats suggested that some distinctive groupings could be new species. Some of these new species may be what scientists call "cryptic"-- visually, they look very similar to species we already know about, but genetically, they're different enough to be considered their own separate species. These cryptic species were hiding in plain sight in the museums' collections, waiting to be discovered.

While the study did suggest that there are more species of horseshoe bat than previously imagined, new species will not be officially named until the team carries out the next part of their research.To designate a new species, researchers will need to examine the bats' teeth and skulls to see how their physical traits differ. They'll also need to compare the bats' echolocation calls, since different bat species that live near each other often make their calls at different frequencies, like different channels on a walkie-talkie.

The researchers are excited by the possibilities that come with rewriting the horseshoe bat family tree. "The implications of this study are really countless," says Patterson. "Bats eat insects that carry diseases, what are the implications of that? We can also use this to designate areas for conservation."