There are microplastics near the top of Mount Everest too 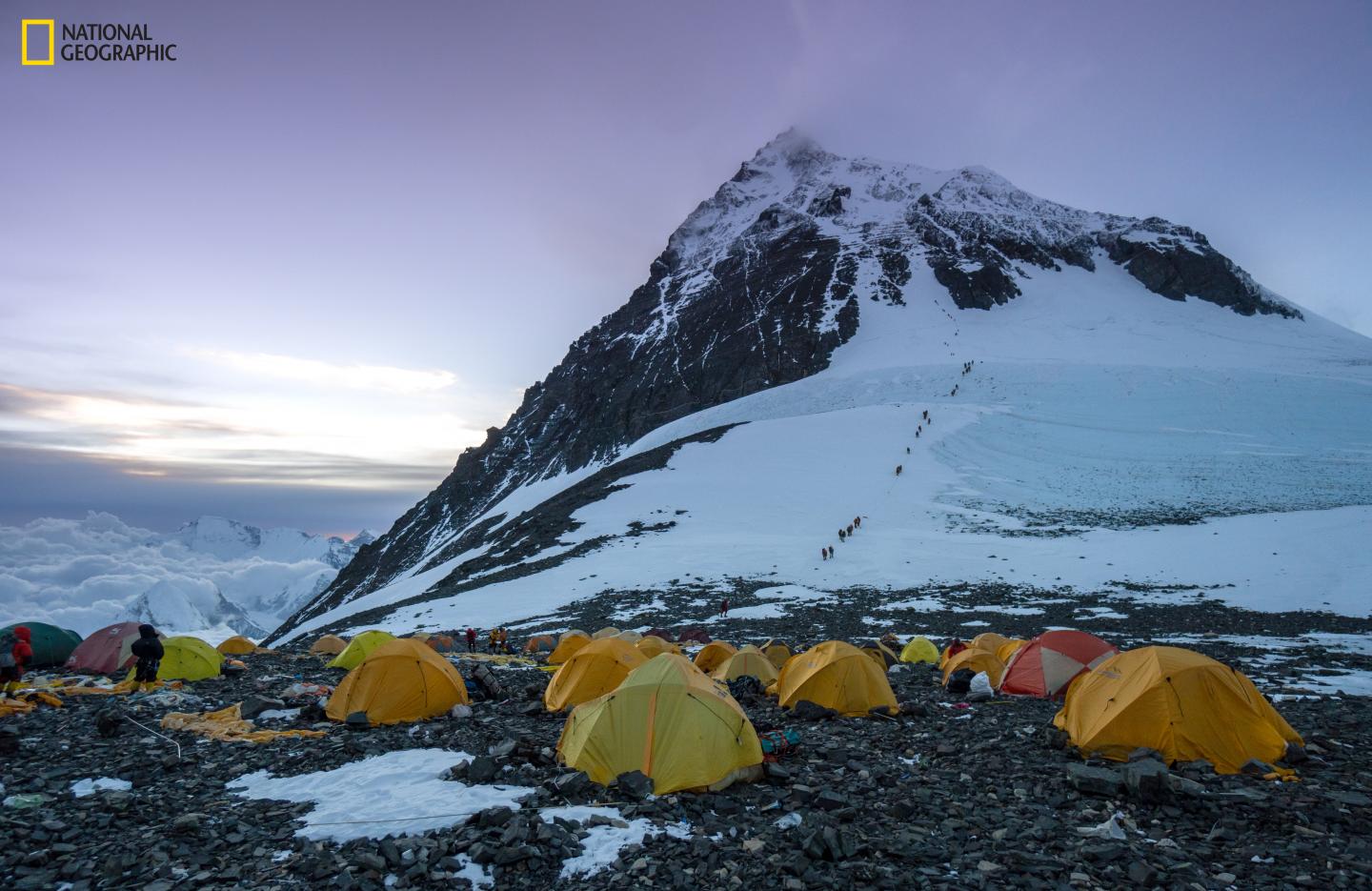 IMAGE: This image shows a view of the National Geographic and Rolex Perpetual Planet Everest Expedition climbers' tents, made from waterproof acrylic material, at Camp IV/South Col. In the background, climbers...

Researchers analyzing snow and stream samples from the National Geographic and Rolex Perpetual Planet Everest Expedition have found evidence of microplastic pollution on Mount Everest. While the highest concentrations of microplastics were around Base Camp where hikers and trekkers spend the most time, the team also found microplastics as high up as 8,440 meters above sea level, just below the summit. The findings appear November 20 in the journal One Earth.

"Mount Everest has been described as 'the world's highest junkyard,'" says first author Imogen Napper (@Imogennapper), a National Geographic Explorer and scientist based at the University of Plymouth who is described by her colleagues as a "plastic detective." "Microplastics haven't been studied on the mountain before, but they're generally just as persistent and typically more difficult to remove than larger items of debris."

Microplastics--tiny particles of plastic that come from the slow breakdown of larger litter--pose a huge ecological threat because they are easily consumed by animals and are so small that they are difficult to clean up. Microplastics are common in the ocean, but are not as carefully studied on land, especially remote mountaintops.

"I didn't know what to expect in terms of results, but it really surprised me to find microplastics in every single snow sample I analyzed. Mount Everest is somewhere I have always considered remote and pristine. To know we are polluting near the top of the tallest mountain is a real eye-opener."

While some members of the research team climbed the mountain collecting samples during the Everest expedition in the spring of 2019, much of the work was done in a lab many miles away, where Napper and her team analyzed the samples. "The closest I got to Mount Everest was in my lab at University of Plymouth in the UK," Napper jokes. She wanted to determine not only whether there was plastic on the mountain, but what type of plastic was there. This is an important step in figuring out where the pollution originated.

"The samples showed significant quantities of polyester, acrylic, nylon, and polypropylene fibers," says Napper. "Those materials are increasingly being used to make the high-performance outdoor clothing climbers use as well as tents and climbing ropes, so we highly suspect that these types of items are the major source of pollution rather than things like food and drink containers."

While this study clearly demonstrated the presence of microplastics on Mount Everest, the best way to clean this pollution remains to be seen.

"Currently, environmental efforts tend to focus on reducing, reusing, and recycling larger items of waste. This is important, but we also need to start focusing on deeper technological solutions that focus on microplastics, like changing fabric design and incorporating natural fibers instead of plastic when possible," she says.

The researchers also hope that their work will help clarify the extent to which plastic pollution jeopardizes all environments, not just the ocean.