The world's strongest neutron beam is produced by a scientific instrument at the research neutron source FRM II (Forschungs-Neutronenquelle Heinz Maier-Leibnitz) at the Technischen Universitaet Muenchen (TUM). But that is not all: During the long maintenance break in 2011, the instrument PGAA (Prompt Gamma Activation Analysis) was improved to give it the best ratio between usable neutrons and noisy background radiation worldwide. It is now possible to determine the elementary composition of even smallest samples in the milligram range. The instrument is operated by the Universities of Cologne (Germany) and Bern (Switzerland).

Neutrons of the PGAA instrument activate the atoms of samples for which the precise composition is to be determined. The methodology is so extremely accurate that it is even possible to determine which mine delivered the ore used in a given antique coin. The PGAA generates up to 60 billion neutrons per square millimeter per second. That is an absolute world record among the scientific instruments of all research neutron sources. Other instruments produce only around half as many neutrons. "We require this high flux for small samples, for example," explains Dr. Petra Kudejova, the responsible researcher at the PGAA. "These are samples of around one milligram." 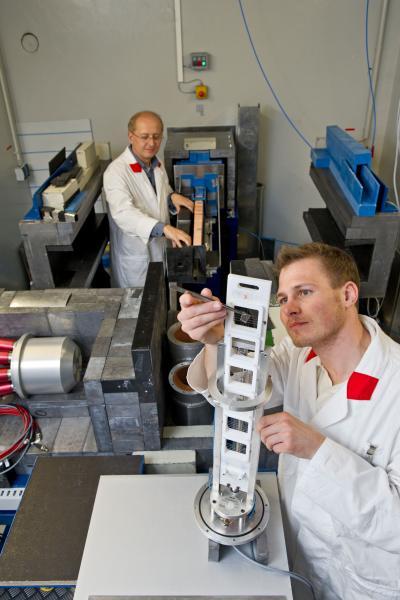 Prompt Gamma Activation Analysis is a method which is so extremely accurate, that it is even possible to determine which mine delivered the ore used for a given antique coin. To analyze even smallest samples the scientists at the research neutron source at the Technische Universitaet Muenchen have improved their instrument during last year's maintenance break. Now they have achieved not only the world's strongest neutron beam but also the best ratio between usable neutrons and noisy background radiation worldwide.

"We already had the highest neutrons flux, but also high levels of background radiation. That refers to radiation which derives not directly from the sample, but rather from scattered neutrons, which interfere with the measurements," adds Dr. Zsolt Revay, also a researcher at the PGAA. "A low level of background radiation is a prerequisite for examining small samples that react only very weakly to neutrons." Revay and his team used the long maintenance break at the FRM II in 2011 to improve and reconfigure the shielding of the instrument in such a way that the distracting background radiation is reduced to merely one tenth of its prior value.

The PGAA instrument is used primarily in the analysis of the elementary composition of objects. The measurement device can detect a single atom among one million other atoms. This made it possible, for example, to detect tiniest traces of harmful substances captured by an air filter. A magnetic meteorite sample weighing less than one milligram was also analyzed. The results of the analysis helped classify the meteorite. In this way, a theory making a meteorite impact in North America around 13,000 years ago responsible for the extinction of the mammoths could be verified. 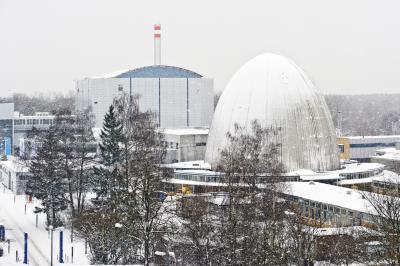 This is a Winterly impression of the research neutron source FRM II at the Technische Universitaet Muenchen. Here the instrument PGAA produces not only the worlds strongest neutron beam but also delivers the best ratio between usable neutrons and noisy background radiation worldwide.