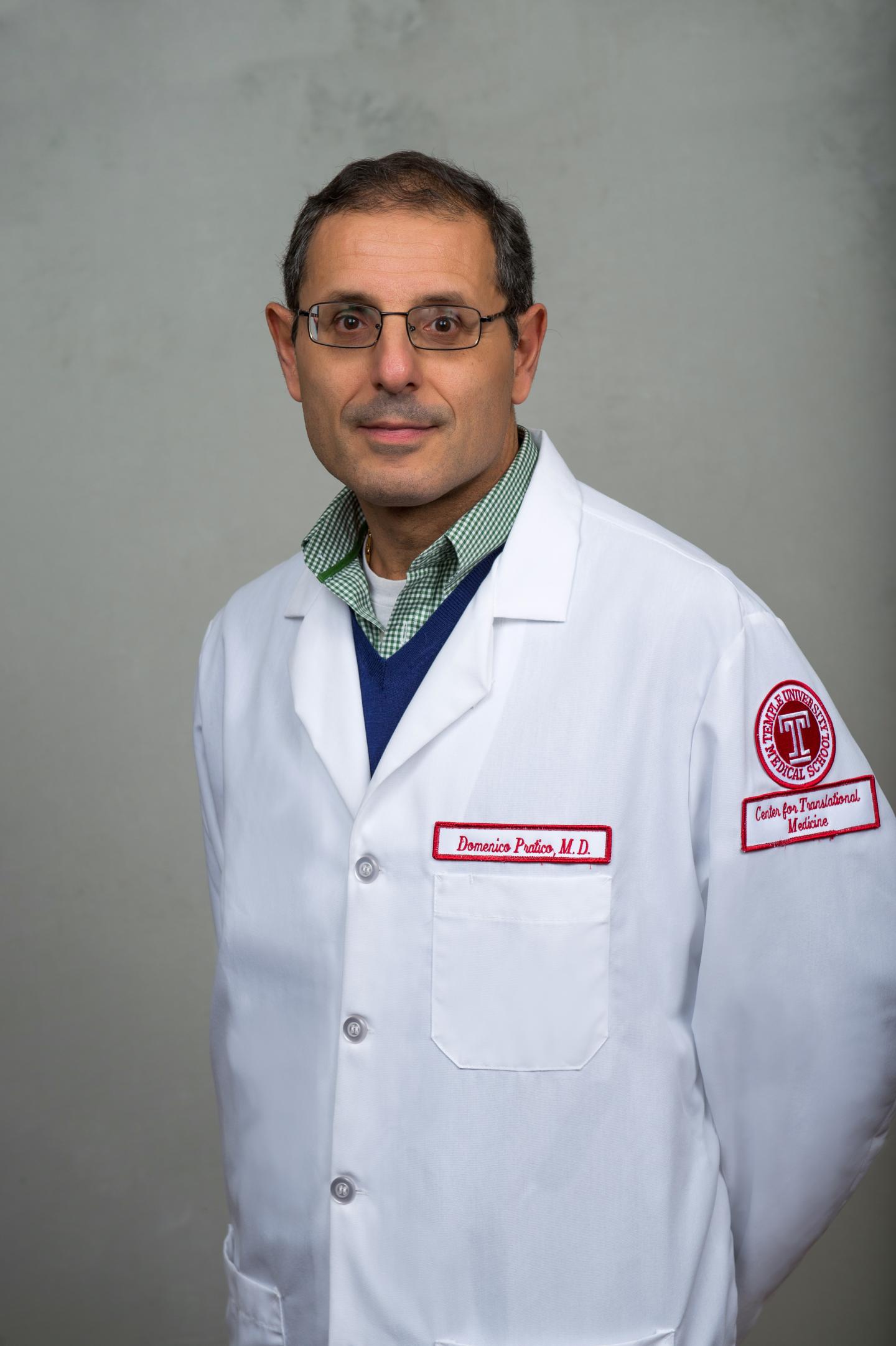 IMAGE: Domenico Praticò, MD, Scott Richards North Star Foundation Chair for Alzheimer's Research, Professor in the Departments of Pharmacology and Microbiology, and Director of the Alzheimer's Center at Temple at the...

Image:
The Lewis Katz School of Medicine at Temple University

(Philadelphia, PA) - Boosting brain function is key to staving off the effects of aging. And if there was one thing every person should consider doing right now to keep their brain young, it is to add extra virgin olive oil (EVOO) to their diet, according to research by scientists at the Lewis Katz School of Medicine at Temple University (LKSOM). EVOO is a superfood, rich in cell-protecting antioxidants and known for its multiple health benefits, including helping put the brakes on diseases linked to aging, most notably cardiovascular disease. Previous LKSOM research on mice also showed that EVOO preserves memory and protects the brain against Alzheimer's disease.

In a new study in mice published online in the journal Aging Cell, LKSOM scientists show that yet another group of aging-related diseases can be added to that list - tauopathies, which are characterized by the gradual buildup of an abnormal form of a protein called tau in the brain. This process leads to a decline in mental function, or dementia. The findings are the first to suggest that EVOO can defend against a specific type of mental decline linked to tauopathy known as frontotemporal dementia.

Alzheimer's disease is itself one form of dementia. It primarily affects the hippocampus - the memory storage center in the brain. Frontotemporal dementia affects the areas of the brain near the forehead and ears. Symptoms typically emerge between ages 40 and 65 and include changes in personality and behavior, difficulties with language and writing, and eventual deterioration of memory and ability to learn from prior experience.

Senior investigator Domenico Praticò, MD, Scott Richards North Star Foundation Chair for Alzheimer's Research, Professor in the Departments of Pharmacology and Microbiology, and Director of the Alzheimer's Center at Temple at LKSOM, describes the new work as supplying another piece in the story about EVOO's ability to ward off cognitive decline and to protect the junctions where neurons come together to exchange information, which are known as synapses.

"EVOO has been a part of the human diet for a very long time and has many benefits for health, for reasons that we do not yet fully understand," he said. "The realization that EVOO can protect the brain against different forms of dementia gives us an opportunity to learn more about the mechanisms through which it acts to support brain health."

In previous work using a mouse model in which animals were destined to develop Alzheimer's disease, Dr. Praticò's team showed that EVOO supplied in the diet protected young mice from memory and learning impairment as they aged. Most notably, when the researchers looked at brain tissue from mice fed EVOO, they did not see features typical of cognitive decline, particularly amyloid plaques - sticky proteins that gum up communication pathways between neurons in the brain. Rather, the animals' brains looked normal.

Tau mice were put on a diet supplemented with EVOO at a young age, comparable to about age 30 or 40 in humans. Six months later, when mice were the equivalent of age 60 in humans, tauopathy-prone animals experienced a 60 percent reduction in damaging tau deposits, compared to littermates that were not fed EVOO. Animals on the EVOO diet also performed better on memory and learning tests than animals deprived of EVOO.

When Dr. Praticò and colleagues examined brain tissue from EVOO-fed mice, they found that improved brain function was likely facilitated by healthier synapse function, which in turn was associated with greater-than-normal levels of a protein known as complexin-1. Complexin-1 is known to play a critical role in maintaining healthy synapses.

Dr. Praticò and colleagues now plan to explore what happens when EVOO is fed to older animals that have begun to develop tau deposits and signs of cognitive decline, which more closely reflects the clinical scenario in humans. "We are particularly interested in knowing whether EVOO can reverse tau damage and ultimately treat tauopathy in older mice," Dr. Praticò added.