For teenagers, talking about sex is already awkward, and adults telling them to 'just ask' for consent makes it moreso 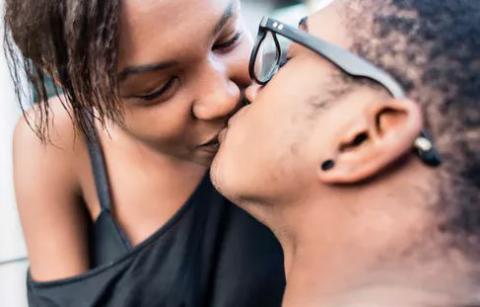 The topic of sexual consent seems to be in the news on a daily basis, especially since #MeToo went viral one year ago. From posters to podcasts, there are endless resources promoting the importance of getting and giving explicit consent. Many suggest that a “yes” must always be enthusiastic, and that partners should “ask first and ask often”.

In principle, these are good messages. But my research with more than 100 young people aged 13 to 25 indicates that they understand the importance of consent, yet find it hard to put this advice into practice. They want opportunities to figure out how to manage desire and rejection. But very often conversations about consent – especially in schools – tend to start and finish with legal definitions and very black and white examples. A key finding from my research is that doing explicit and verbal consent is awkward. It is important to acknowledge and talk about this awkwardness, rather than simply present ideal examples of consent, as though everyone will suddenly be able to “just ask” or “say no” without doubt or confusion.

This is especially important for people who have little or no sexual experience, and few opportunities to discuss the complex and emotional sides of sex without fear of judgement. Clearly, navigating sexual intimacy is more complicated than mainstream media and educational messages would suggest. Especially when many people (women in particular) aren’t well practised at saying “no” – even in situations that aren’t sexual.

The difficulties with saying ‘no’

It’s well evidenced that – particularly in middle class British society – it’s rare for people to say an outright “no” to anything. From a young age, people are encouraged to be polite, avoid making situations awkward or embarrassing and to please people in more powerful positions.

If we do say “no”, we are encouraged to say “no, thank you”, smile sweetly and more often than not to provide a reason for the “no” so that the person doesn’t feel upset or rejected. And it’s clear that people fear rejection in romantic and sexual situations.

It’s all very well to encourage people to “just ask” someone if they want to do something sexual. But the realities of doing this are complicated and go against the societal and cultural norms that make talking about sex awkward – if it’s even discussed at all.

One young person, Becs, said: “You do want consent, but you’re too scared to ask for it.” There were comments about “ruining the moment” and seeming like you “don’t know what you’re doing”. Jamie noted:

It’s really hard for someone to actually upfront ask someone if they want to do specific things with them … it might be a really massive impact on your self-esteem.

I don’t for one moment think that anyone should go along with sex they do not want for fear of hurting someone else’s feelings. Yet it is understandable that people who are earlier on in their sex lives might worry about getting it wrong, or avoid a situation where they invite rejection. These worries are a problem when they stifle open communication between sexual partners, such that it becomes difficult to express readiness and desires, and to establish the readiness and desires of a partner.

The young people I worked with related genuine and understandable arguments about why it was not socially safe or acceptable to explicitly seek or express consent to sex. But they all expressed the importance and value of what we might term “mutual consent” – even if they did not use that specific phrase themselves.

While everyone needs to be taught about consent, it needs to be done in a way that focuses on how more communication – although awkward to begin with – is likely to enable more pleasurable experiences in the longer run, rather than simply teaching that consent is important so that you don’t get in trouble with the law.

Talking and teaching about the grey areas may seem a difficult task, but this research shows that by engaging with young people’s uncertainty and awkwardness about wanting, being ready or being open to sex, society will be helping them build the skills they need to be able to be clear and to communicate their choices.

It’s crucial for young people to discuss, learn about and demystify the actions, emotions and experience that might fall into the grey area. And the discussions need to focus less on whether these experiences should be considered legal or illegal, and more on how they can be navigated in an ethical and communicative way, resulting in positive pleasurable experiences, or positive decisions to change or not pursue sexual interaction in that moment.

It’s quite right that we, as a society, seek to improve the way that young people learn about sex and relationships, and to have more open conversations about consent and sexual negotiation. But campaigns and sex education might have more meaningful impact if they address the awkwardness of sex and intimacy, rather than pretending it doesn’t exist.

By Elsie Whittington, Lecturer in Criminology, Manchester Metropolitan University. This article is republished from The Conversation under a Creative Commons license. Read the original article.