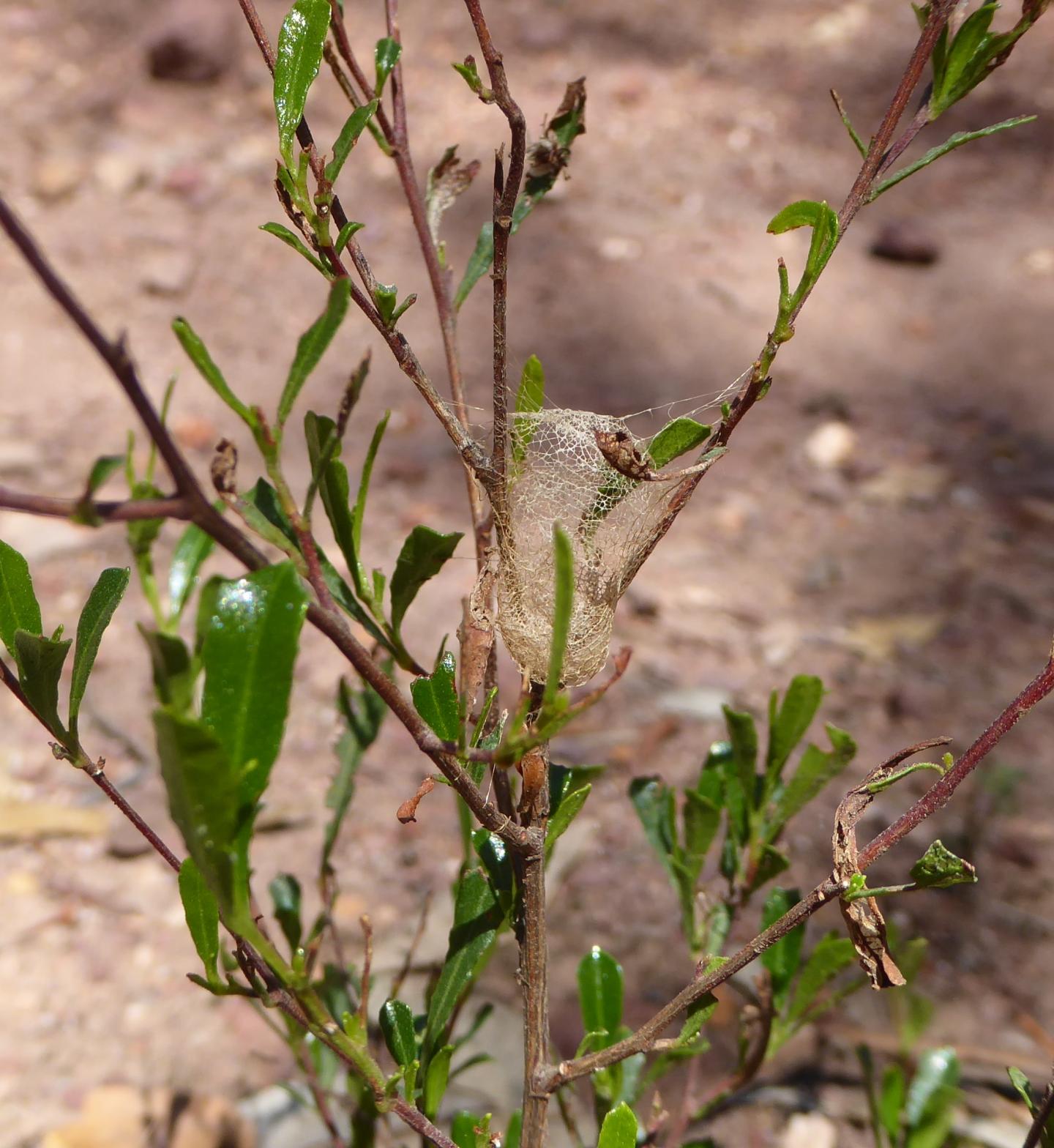 IMAGE: The basket-web spider in its natural form with its unique lobster pot web and silk, which has now been revealed as uniquely robust.

An international collaboration has provided the first insights into a new type of silk produced by the very unusual Australian basket-web spider, which uses it to build a lobster pot web that protects its eggs and trap prey.

The basket-web spider weaves a silk that is uniquely rigid and so robust that the basket-web doesn't need help from surrounding vegetation to maintain its structure.

"As far as we know, no other spider builds a web like this," said Professor Mark Elgar from the School of BioSciences at the University of Melbourne.

"This silk retains its rigidity, allowing a rather exquisite silken basket or deadly ant trap."

Entomologist William J Rainbow discovered the basket-spider in 1900 but made no mention of the nature of its silk, perhaps because he had only seen drawings of the web and imagined it to be more sack-like.

The recent study, just published in Scientific Reports, as Dimensional stability of a remarkable spider foraging web achieved by synergistic arrangement of silk fiber," has found that the silk used to construct the basket web is similar to the silk that many species of spiders use to wrap around their eggs, to protect them from the elements and enemies.

"Our discovery may provide insights into the evolution of foraging webs," said Professor Elgar. "It is widely thought that silk foraging webs, including the magnificent orb-webs, evolved from the habit of producing silk to protect egg cases. Perhaps the basket-web is an extension of the protective egg case and represents a rare contemporary example of an evolutionary ancestral process."

The basket-web spider is found only in Australia. Its basket is approximately 11mm in diameter and 14 mm deep and has crosslinked threads of varying diameters. The nature of the silk was revealed by the Australian Synchrotron, a national facility of the Australian Nuclear Science and Technology Organisation in south east Melbourne.

Professor Thomas Scheibel from the University of Bayreuth said the rigidity of the silk appears to come from the synergistic arrangement of microfibres and submicron fibres.

"Nature has created a complex structure that, at first glance, resembles industrially produced composites," said Professor Scheibel who headed the research from Germany.

"Further investigations have, however, shown that they are chemically different components and their respective properties together result in the thread's extreme elasticity and toughness, thus creating a high degree of robustness. With today's composite materials, on the other hand, it is mainly the fibres embedded in the matrix that establish the particular properties required, such as high stability."

While more work needs to be done to understand the molecular details of the silk, Professor Scheibel said there is potential interest in a new genetic material that can be produced in a scalable manner.

"The interesting feature is the high lateral stiffness as well as the gluing substances, which could be useful in several types of applications but it will be some time before this becomes a possibility."

Professor Elgar said "More generally the basket web, and the properties of its silk, highlight the importance of continuing to investigate obscure, unfamiliar species.

"There is increasing recognition that solutions to many of the complex challenges and puzzles we face today can be found from biological systems.

"This so-called 'Bioinspiration' draws on some 3.8 billion years of natural selection honing biological forms, processes and systems. The potential insights from that diversity of life, about which we still know rather little, is staggering."