Sweet beaks: What Galapagos finches and marine bacteria have in common 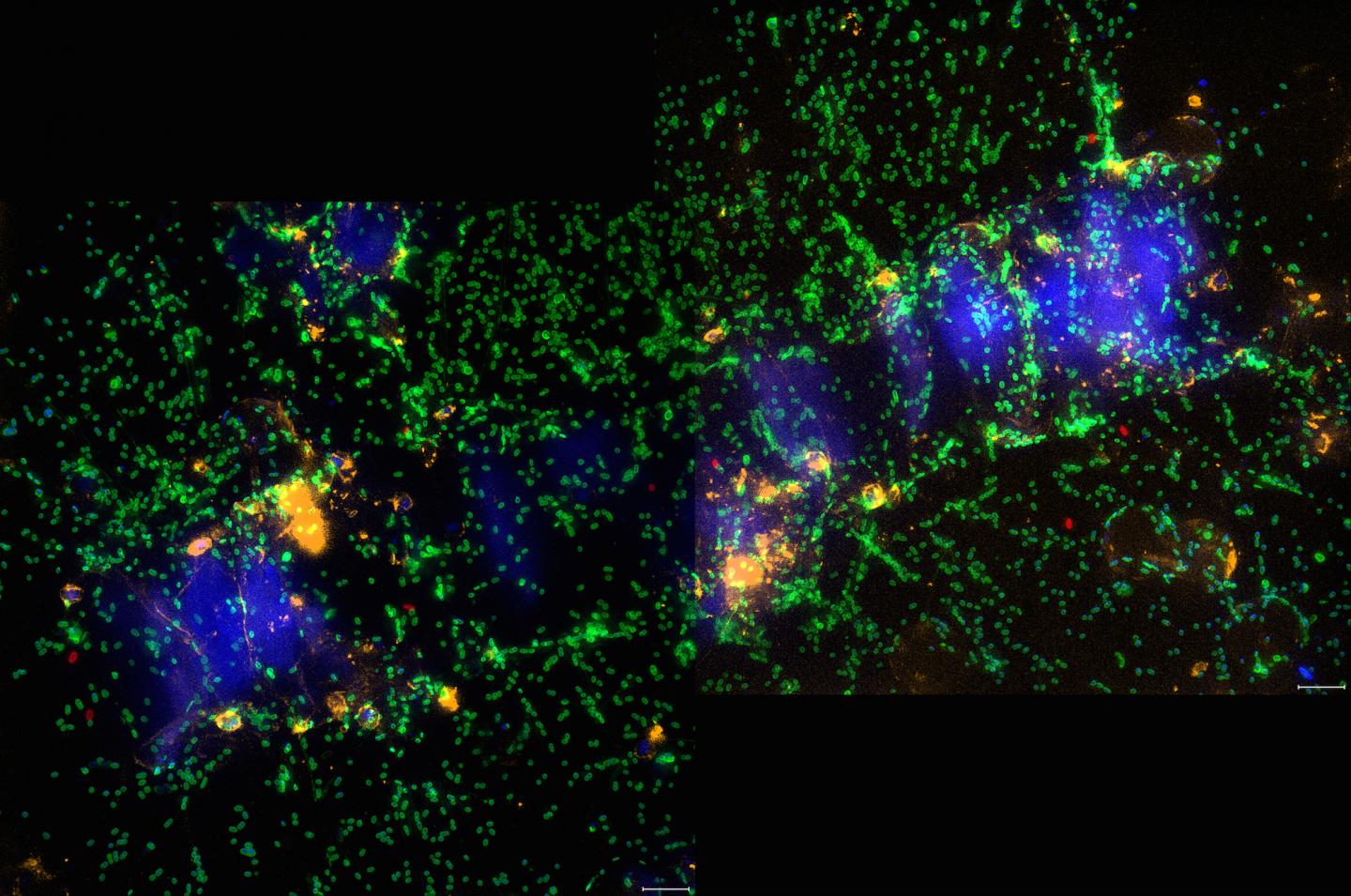 The variety of finch species on the remote Galapagos Islands is the most prominent example for Charles Darwin's and Alfred R. Wallace's theory of evolution through natural selection. Galapagos finch species have developed distinct beak sizes and shapes and thereby have adapted to different food sources. This exemplifies how even closely related species can effectively make use of available resources, avoid competition and thus co-occur in the same habitat.

A bloom with great effect

This principle is not limited to macrofauna. It also applies in the realm of marine microbes, the scientists from Bremen now show. Satellite photos taken from coastal areas during warm seasons often show that the ocean is green rather than blue. This color originates from immense numbers of microscopic marine algae - so-called algal blooms. Such blooms are transient: At some point, all nutrients are depleted and predators like protists and viruses have taken their share. The ensuing mass mortality of the algae leads to the release of large quantities of organic matter into the seawater, including algal polysaccharides. These algal sugars are one of the main food sources for heterotrophic marine bacteria.

Scientists at the Max Planck Institute for Marine Microbiology in Bremen, Germany, have investigated the bacterial response to spring algal blooms off the island of Heligoland in the German Bight (southern North Sea) for more than a decade. A close-knit microbial community is recurrently abundant during spring blooms in most years. One of the most prominent community members is Polaribacter, a genus of the Flavobacteriia class. From 2009 to 2012, the scientists investigated Polaribacter abundances during spring blooms and identified co-occurring closely related but distinct clades. "We found that these Polaribacter clades are pretty picky when it comes to sugar", reports Burak Avci from the Max Planck Institute for Marine Microbiology. "Or, scientifically spoken: They have rather distinct niches with respect to algal polysaccharides."

This is also reflected in the timing of the clade's occurrence. Different clades tended to show up at different bloom stages. "One clade of presumed first responders is characterized by small genomes with a pronounced protein but limited sugar degradation capacity. In contrast, another clade of presumed late responders has larger genomes and the capacity to utilize more complex polysaccharides", Avci continues. Another clade seems to be tied to presence of a specific algae (genus Chattonella). It is characterized by large genomes and has the most diverse sugar menu of all investigated Polaribacter clades.

Like Galapagos finches, these results exemplify how also closely-related clades of marine bacteria (here Polaribacter) can forgo direct competition by partitioning available resources (here polysaccharides). "One of the fundamental questions in microbial ecology is which factors shape the composition of a given microbial community. Studies as this one advance our understanding of the principles that govern microbial community composition in such dynamic environments", Avci concludes. This might be especially relevant for bacteria degrading algal blooms, which are an essential part of the global carbon cycle and might become more abundant following increased anthropogenic nutrient input into the oceans and global warming.