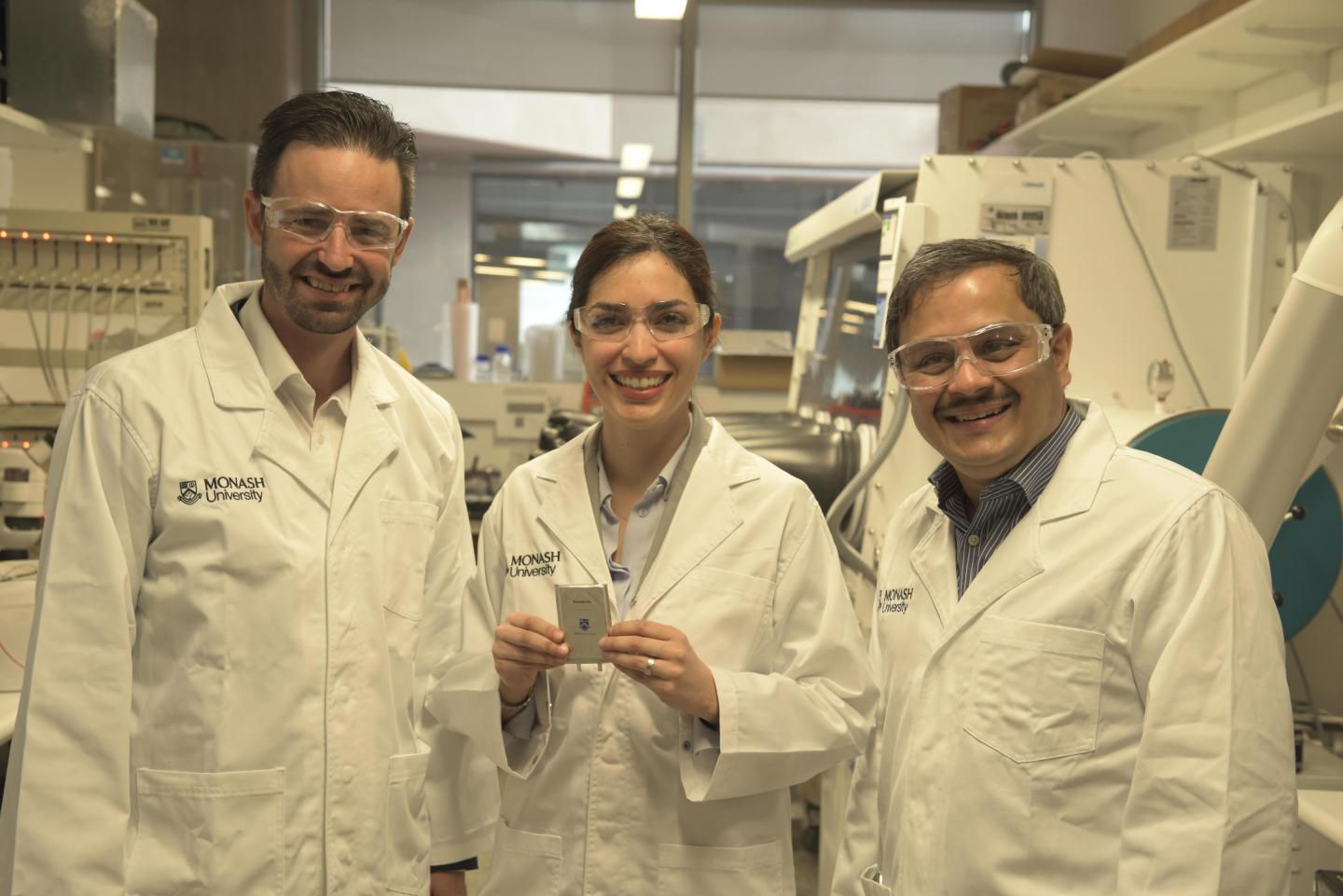 Monash University researchers have developed the world's most efficient lithium-sulphur battery, capable of powering a smartphone for five continuous days.

Prototype cells have been developed in Germany. Further testing in cars and solar grids to take place in Australia in 2020.

Researchers have a filed patent on the manufacturing process, and will capture a large share of Australia's lithium chain.

Imagine having access to a battery, which has the potential to power your phone for five continuous days, or enable an electric vehicle to drive more than 1000km without needing to "refuel".

Monash University researchers are on the brink of commercialising the world's most efficient lithium-sulphur (Li-S) battery, which could outperform current market leaders by more than four times, and power Australia and other global markets well into the future.

The researchers have an approved filed patent (PCT/AU 2019/051239) for their manufacturing process, and prototype cells have been successfully fabricated by German R&D partners Fraunhofer Institute for Material and Beam Technology.

Some of the world's largest manufacturers of lithium batteries in China and Europe have expressed interest in upscaling production, with further testing to take place in Australia in early 2020.

The study was published in Science Advances on Saturday, 4 January 2020 - the first research on Li-S batteries to feature in this prestigious international publication.

Professor Mainak Majumder said this development was a breakthrough for Australian industry and could transform the way phones, cars, computers and solar grids are manufactured in the future.

"Successful fabrication and implementation of Li-S batteries in cars and grids will capture a more significant part of the estimated $213 billion value chain of Australian lithium, and will revolutionise the Australian vehicle market and provide all Australians with a cleaner and more reliable energy market," Professor Majumder said.

"Our research team has received more than $2.5 million in funding from government and international industry partners to trial this battery technology in cars and grids from this year, which we're most excited about."

Using the same materials in standard lithium-ion batteries, researchers reconfigured the design of sulphur cathodes so they could accommodate higher stress loads without a drop in overall capacity or performance.

Inspired by unique bridging architecture first recorded in processing detergent powders in the 1970s, the team engineered a method that created bonds between particles to accommodate stress and deliver a level of stability not seen in any battery to date.

"This approach not only favours high performance metrics and long cycle life, but is also simple and extremely low-cost to manufacture, using water-based processes, and can lead to significant reductions in environmentally hazardous waste," Associate Professor Hill said.