Remote acoustic monitoring among endangered whales is the subject of a major article by two doctoral students in Syracuse University's College of Arts and Sciences.

Leanna Matthews and Jessica McCordic, members of the Parks Lab in the Department of Biology, have co-authored "Remote Acoustic Monitoring of North Atlantic Right Whales Reveals Seasonal and Diel Variations in Acoustic Behavior." The article appears in the current issue of PLOS ONE, an inclusive, peer-reviewed, open-access resource from the Public Library of Science in San Francisco, Calif.

Susan Parks, assistant professor of biology for whom the lab is named, says the article confirms what many conservationists fear—that Roseway Basin, a heavily traveled shipping lane, off the coast of Nova Scotia, is a vital habitat area for the endangered North Atlantic right whale.

"Remote acoustic monitoring is an important tool for understanding patterns in animal communication, and studies on the seasonality of context-specific acoustic signals allow inferences to be made about the behavior and habitat use of certain species," says Parks, an expert in behavioral ecology, acoustic communication, and marine science. "Our results support the hypothesis that the North Atlantic right whale's breeding season occurs mostly from August to November and that this basin is a widely used habitat area." 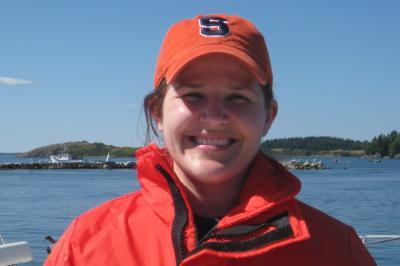 This is assistant professor of biology Susan Parks.

More than 30 percent of all right whales use Roseway Basin, part of a larger geological formation called the Scotian Shelf, throughout the year. With only 400-500 in existence, these whales, says Parks, must congregate in the basin to feed and find mates.

Already, the U.S. and Canadian governments have taken steps to redirect shipping traffic, in response to several fatal collisions with right whales.

Matthews, whose research includes animal behavior and physiology, says the object of the article is to determine how and when Roseway Basin is used for male breeding activities.

"Part of the answer lies in a loud 'gunshot' sound, made by the male whale," says Matthews, the article's lead author. "We're not exactly sure what the gunshot is, but we think it may be a male-to-male antagonistic signal or an advertisement to females. ... During a two-year period, we used non-invasive acoustic monitoring to analyze gunshots at two locations on the Scotian Shelf. The resultant data has provided tremendous insights into the whales' feeding and mating habits." 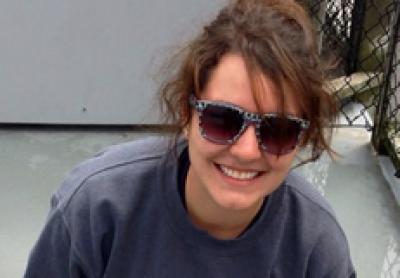 Matthews and her team found that gunshot sound production occurred mainly in the autumn and, more often than not, at night. Researchers say this kind of information is essential to not only the individual fitness of each whale, but also the survival of the species, in general.

McCordic, whose research spans animal behavior and communication, says the observed seasonal increase in gunshot sound production is consistent with the current understanding of the right whale breeding season.

"Our results demonstrate that detection of gunshots with remote acoustic monitoring can be a reliable way to track shifts in distribution and changes in acoustic behavior, including possible mating activities," she says, acknowledging David Mellinger, associate professor of marine bioacoustics at Oregon State University, who collected and provided access to the recordings used in the study. "It also provides a better understanding of right whale behavior and what needs to be done with future conservation efforts."

Parks, who assisted with the article, is proud of her students' accomplishments.

"Right whales are increasingly rare, and Leanna's and Jessica's research helps us understand how to better protect them," she says. "By identifying potential breeding areas, we might be able to save this critically endangered species." 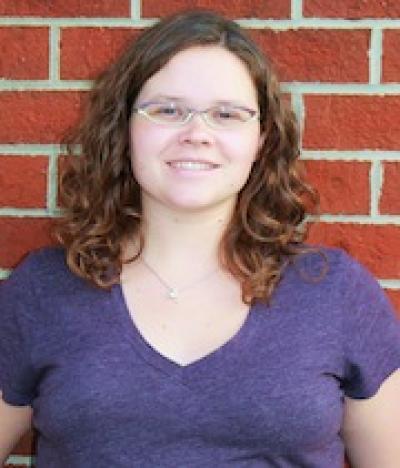