Study provides strongest clues to date for causes of schizophrenia

CHAPEL HILL, N.C. – A new genome-wide association study (GWAS) estimates the number of different places in the human genome that are involved in schizophrenia.

In particular, the study identifies 22 locations, including 13 that are newly discovered, that are believed to play a role in causing schizophrenia.

"If finding the causes of schizophrenia is like solving a jigsaw puzzle, then these new results give us the corners and some of the pieces on the edges," said study lead author Patrick F. Sullivan, MD. "We've debated this for a century, and we are now zeroing in on answers."

"This study gives us the clearest picture to date of two different pathways that might be going wrong in people with schizophrenia," Sullivan said. "Now we need to concentrate our research very urgently on these two pathways in our quest to understand what causes this disabling mental illness." 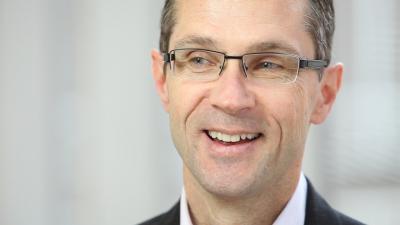 Lead author of the study is Patrick Sullivan, M.D., of the University of North Carolina School of Medicine.

Sullivan is a professor in the departments of Genetics and Psychiatry and director of the Center for Psychiatric Genomics at the University of North Carolina School of Medicine. The new study was published online Sunday, Aug. 25, 2013 by the journal Nature Genetics.

The results are based on a multi-stage analysis that began with a Swedish national sample of 5,001 schizophrenia cases and 6,243 controls, followed by a meta analysis of previous GWAS studies, and finally by replication of single nucleotide polymorphisms (SNPs) in 168 genomic regions in independent samples. The total number of people in the study was more than 59,000.

One of the two pathways identified by the study, Sullivan said, is a calcium channel pathway. This pathway includes the genes CACNA1C and CACNB2, whose proteins touch each other as part of an important process in nerve cells. The other is the "micro-RNA 137" pathway. This pathway includes its namesake gene, MIR137 – which is a known regulator of neuronal development – and at least a dozen other genes regulated by MIR137.

"What's really exciting about this is that now we can use standard, off-the-shelf genomic technologies to help us fill in the missing pieces," Sullivan said. "We now have a clear and obvious path to getting a fairly complete understanding of the genetic part of schizophrenia. That wouldn't have been possible five years ago."