While the findings are new, reports of this phenomenon, sometimes called "coregasm" because of its association with exercises for core abdominal muscles, have circulated in the media for years, said Debby Herbenick, co-director of the Center for Sexual Health Promotion in IU's School of Health, Physical Education and Recreation. In addition to being a researcher, Herbenick is a widely read advice columnist and book author.

"The most common exercises associated with exercise-induced orgasm were abdominal exercises, climbing poles or ropes, biking/spinning and weight lifting," Herbenick said. "These data are interesting because they suggest that orgasm is not necessarily a sexual event, and they may also teach us more about the bodily processes underlying women's experiences of orgasm."

The findings are published in a special issue of Sexual and Relationship Therapy, a leading peer-reviewed journal in the area of sex therapy and sexual health. Co-author is J. Dennis Fortenberry, M.D., professor at the IU School of Medicine and Center for Sexual Health Promotion affiliate.

The results are based on surveys administered online to 124 women who reported experiencing exercise-induced orgasms (EIO) and 246 women who experienced exercise-induced sexual pleasure (EISP). The women ranged in age from 18 to 63. Most were in a relationship or married, and about 69 percent identified themselves as heterosexual.

Here are some key findings: 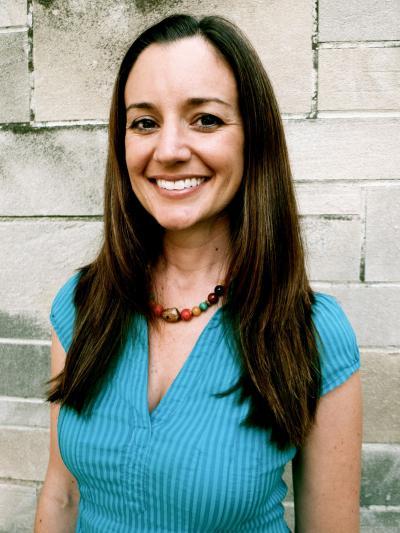 This is researcher Debby Herbenick.

Herbenick said that the mechanisms behind exercise-induced orgasm and exercise-induced sexual pleasure remain unclear and, in future research, they hope to learn more about triggers for both. She also said that study findings may help women who experience EIO/EISP feel more normal about their experiences or put them into context.

Herbenick cautioned that it is not yet known whether such exercises can improve women's sexual experiences.

"It may be that exercise -- which is already known to have significant benefits to health and well-being -- has the potential to enhance women's sexual lives as well."

The study did not determine how common it is for women to experience exercise-induced orgasm or exercise-induced sexual pleasure. But the authors note that it took only five weeks to recruit the 370 women who experienced the phenomenon, suggesting it is not rare.

"Magazines and blogs have long highlighted cases of what they sometimes call 'coregasms,'" Herbenick said. "But aside from early reports by Kinsey and colleagues, this is an area of women's sexual health research that has been largely ignored over the past six decades."