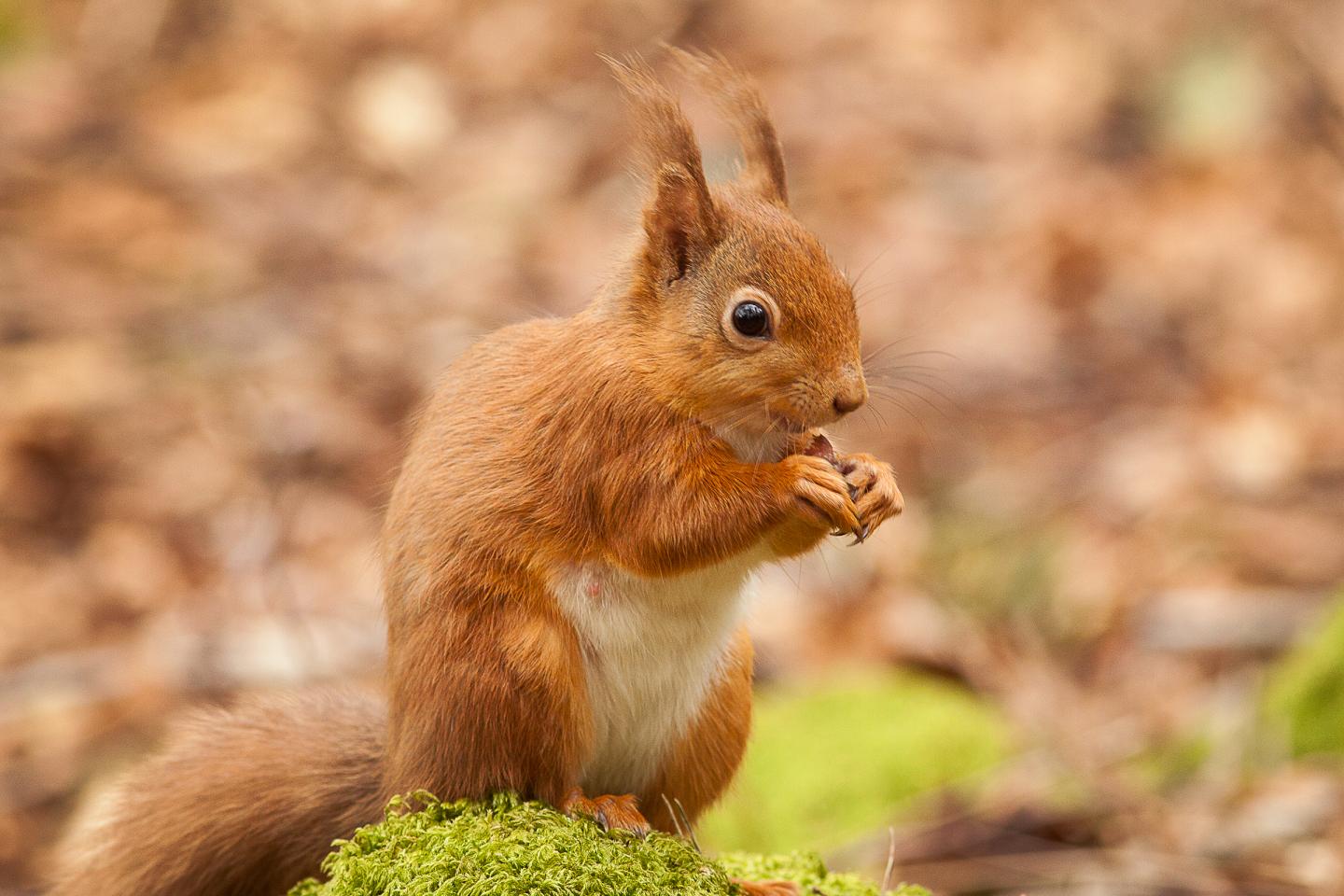 IMAGE: An international research team at UMass Amherst, the University of Aberdeen, Scotland, and others in Ireland report evidence that native pine martens are suppressing invasive gray squirrels in Scotland.

AMHERST, Mass. - For many years, populations of a little red squirrel with cute ear tufts, a native of Great Britain, Ireland and Europe, have been in serious decline because of competition for food from an invasive North American gray squirrel and a pox it carries for which the native animal has no defense. Now, new research suggests that native pine martens, also once on the decline, are suppressing the invading squirrels' numbers.

An international research team including Christopher Sutherland of the University of Massachusetts Amherst, Xavier Lambin and Emma Sheehy of the University of Aberdeen, Scotland, and others at the Waterford Institute of Technology, Ireland, report in the current issue of Proceedings of the Royal Society B that native pine marten suppression of the invasive gray squirrels in Scotland is helping recovery of native red squirrel populations.

UMass Amherst's Sutherland, who did his doctoral work at the University of Aberdeen with Lambin, adds, "Our state-of-the-art analysis suggests that we can achieve conservation objectives twice over by allowing a native species, the pine marten, to spread naturally while conserving our precious red squirrel."

"There has been a vigorous effort to eradicate the gray squirrel at the same time pine martens had retreated north, but the evidence is, that is changing," he points out. "Pine martens are now turning up in areas where they used to be and are suppressing gray squirrel populations just through the natural order. They keep the invasive squirrel in check, if not in decline, and we are seeing a recolonization of the red squirrel. We've potentially found an answer that doesn't require the high cost of eradication."

In their paper with its title beginning, "The enemy of my enemy is my friend," the authors point out that most studies of this kind "mostly consider the impact of a single enemy, despite species being embedded in complex networks of interactions." By contrast, they modeled not only the two squirrel species "linked by resource and disease-mediated apparent competition," but also a second enemy-mediated relationship, with the native marten.

They used DNA forensics and state-of-the-art analyses by combining spatial techniques to estimate pine marten density and squirrel site-occurrence and found that the occurrence of non-native grey squirrels is strongly negatively affected by exposure to pine martens. On the other hand, exposure had a positive effect on red squirrel populations, reversing the previous trends of squirrel interactions.

Sutherland, an expert in ecological and population modelling who carried out the connectivity and spatial capture-recapture analyses for this work, says the researchers deployed feeders in the field that had sticky tabs to capture hair samples of both squirrel species and pine martens. Using DNA from the hair samples, they were able to identify individual pine martens in each study area and map where they were spending most of their time.

Sheehy and colleagues state, "Our evidence that, in addition to their intrinsic value, pine martens provide an ecosystem service by suppressing invasive grey squirrel populations is good news for both red squirrel conservation efforts and the timber growing industry, due to the detrimental impact of the invasive grey squirrel on both."

The current study, which took place between 2014 and 2017, built on evidence from a 2014 investigation by Sheehy which suggested that pine martens may be responsible for the decline of gray squirrels in Ireland. Kenny Kortland, a species ecologist for Forest Enterprise Scotland, notes, "The findings of this research are extremely encouraging. It seems we have a very welcome ally in our efforts to protect red squirrel populations on the national forest estate. The research demonstrates that the return of native predators can have beneficial impacts for other native species."