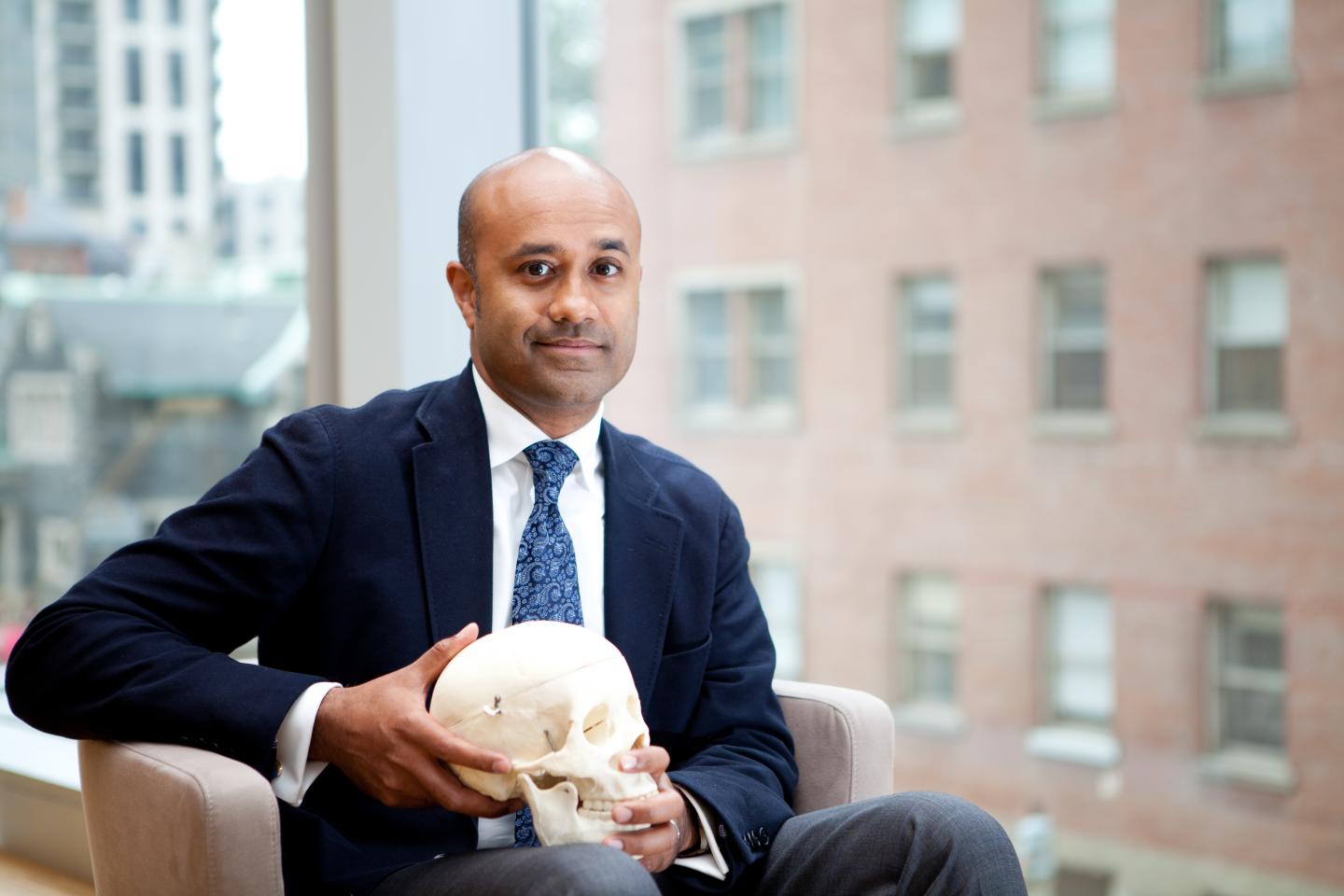 IMAGE: 'The field has postulated for years that cancer stem cells are a small population within the tumor but critical because they mediate treatment resistance and cancer resistance,' said Dr. Sunit...

TORONTO, July 10, 2019 -- Researchers are hopeful that new strategies could emerge for slowing the growth and recurrence of the most common primary brain cancer in adults, glioblastoma, based on the results of a study published today in Cancer Research.

Research led by Toronto's St. Michael's Hospital and The Hospital for Sick Children (SickKids) suggests the protein ID1 is critical to tumour initiation and growth and also impacts the disease's response to chemotherapy. ID1 is a protein that keeps other genes from being activated or repressed by binding to their activators or inhibitors. In this work, scientists found that ID1 helps maintain cancer stem cells in glioblastoma, making them less susceptible to treatment.

"The field has postulated for years that cancer stem cells are a small population within the tumour but critical because they mediate treatment resistance and cancer resistance," said Dr. Sunit Das, a scientist at St. Michael's Keenan Research Centre for Biomedical Science and The Arthur and Sonia Labatt Brain Tumour Research Centre at SickKids. "We've now found proof of that speculation."

Researchers found that when they "turned off" the protein ID1 in lab models and human cells using CRISPR technology or a drug that is traditionally used to treat psychosis and Tourette's syndrome - pimozide - glioblastoma tumours slowed down. The team also found that turning off the protein altogether helped tumours become less resistant to chemotherapy.

Glioblastoma is an aggressive form of brain cancer, representing 15 per cent of all primary brain tumours, and is often difficult to treat. Therapy generally involves the combination of several approaches to control the disease, but there is currently no cure. The diagnoses of the late Tragically Hip singer Gord Downie and U.S. Sen. John McCain have raised the profile of glioblastoma in recent years.

"The average survival rate for glioblastoma is less than two years and we unfortunately don't have too many options to offer these patients," said Dr. Das, who is also a neurosurgeon at St. Michael's.

"Our findings suggest that we may be able to enhance the effectiveness of therapies we already have, such as chemotherapy, as opposed to taking many years to create entirely new therapies."

In lab models, researchers found that inhibiting ID1 slows the progression of tumours in glioblastoma, breast adenocarcinoma and melanoma. In human tissue, they found that the protein caused cells to be more resistant to chemotherapy treatment in glioblastoma. Turning off this protein using the medication pimozide increased overall survival and caused glioblastoma tumours to recur less frequently, progress less and grow more slowly.

"Targeting the protein with medication may present a novel and potentially promising strategy for patients with glioblastoma," Dr. Das said.

The next steps for this research, Dr. Das explained, are to look at the development of new inhibiting medications for ID1 and commence a trial to ensure that the targeting is effective.