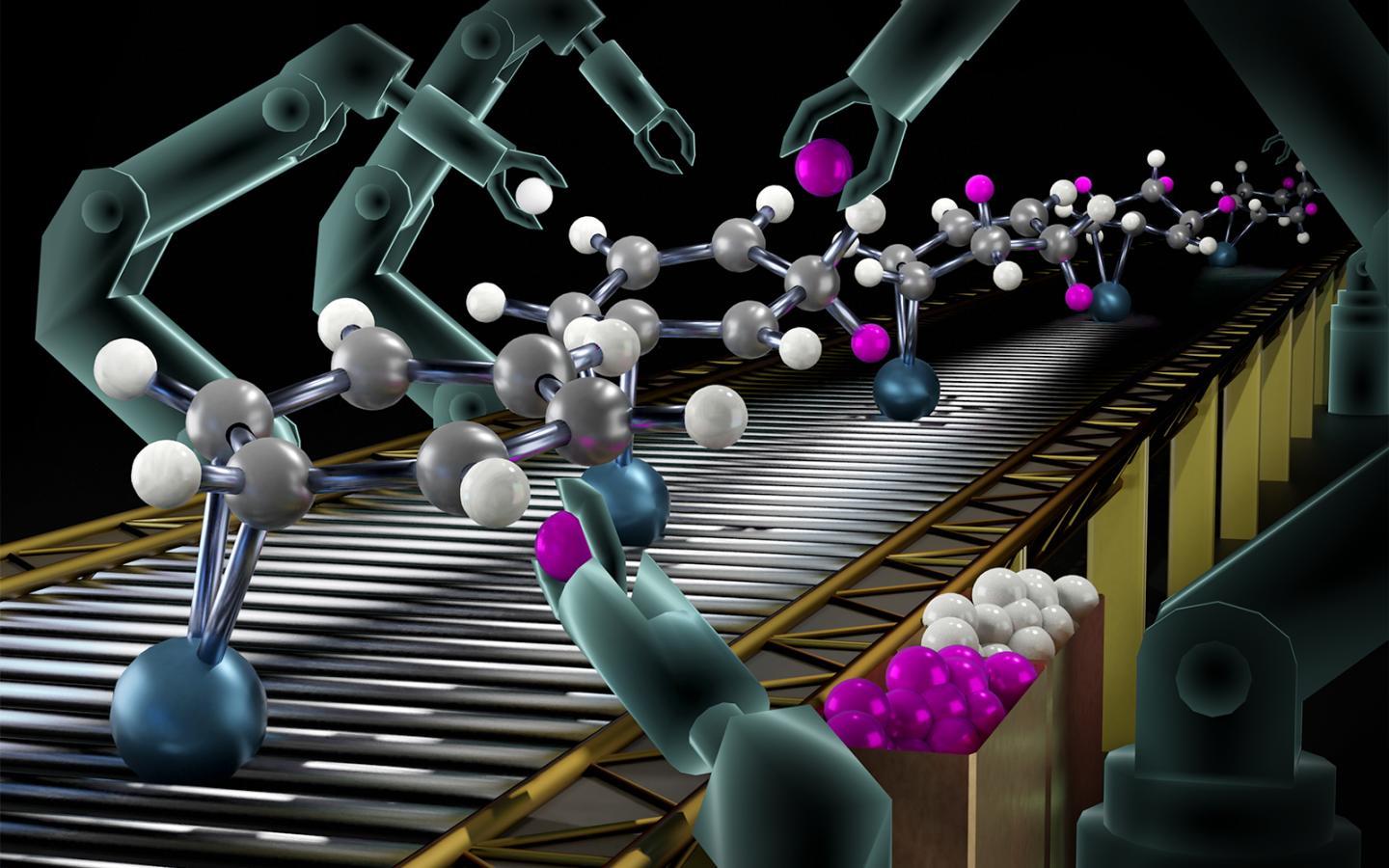 Scientists have found a new method to strategically add deuterium to benzene, an aromatic compound commonly found in crude oil. When applied to the active ingredient of drugs to incorporate deuterium, it could dramatically improve the drugs' efficacy and safety and even introduce new medicines.

To validate the method, which was published in Nature, a team led by W. Dean Harman of the University of Virginia worked with Xiaoping Wang at the Oak Ridge National Laboratory's Spallation Neutron Source. Wang successfully verified the exact position of deuterium atoms that resulted from the selective deuteration of benzene molecules using single crystal neutron diffraction.

"Because the high sensitivity of neutrons to hydrogen and its deuterium isotope, we were able to quantitatively assign not only the positions of the deuterium atoms at the atomic level, but also determine precisely how many were added on each side of the benzene molecule," Wang said. "This is important in designing new therapeutic drugs."

A multi-institutional research team found that changing environmental conditions are affecting forests around the globe, leading to increasing tree death and uncertainty about the ability of forests to recover.

Increases in atmospheric carbon dioxide, temperature, drought and extreme events such as wildfires are causing more frequent tree mortality and triggering intense competition among saplings for resources. This competition contributes to forest thinning, which limits the amount of carbon captured and held in tree trunks, branches and roots.

"There's a lot of nuance just in the carbon dioxide response," said Anthony Walker of Oak Ridge National Laboratory who contributed carbon dioxide analyses for the study published in Science. "We are examining the many tradeoffs and feedbacks. For instance, elevated carbon dioxide can spur tree growth while also increasing the risk of mortality associated with faster growth rates."

The study concluded that pervasive shifts in forest vegetation are likely to accelerate in the future.

ITER, the world's largest international scientific collaboration, is beginning assembly of the fusion reactor tokamak that will include 12 different essential hardware systems provided by US ITER, which is managed by Oak Ridge National Laboratory.

The systems include superconductors for the toroidal field magnet system and ORNL-developed pellet injection technology for plasma fueling and performance. These critical components will help ITER achieve its mission to demonstrate a self-heated, burning plasma and 500 megawatts of fusion power.

The 60-foot-tall central solenoid magnet, also fabricated under ORNL management, is considered the "heart of ITER" because it will initiate and drive plasma current inside the tokamak.

"The start of ITER tokamak assembly is a momentous milestone for the project and makes the fusion community -- at Oak Ridge and around the world -- excited for the future," Kathy McCarthy, US ITER project director, said.

The first shipment of central solenoid modules to ITER, located in southern France, will begin later this year.

To produce Ac-227, researchers recover radium-226 from obsolete medical devices and fabricate it into targets that are irradiated in the High Flux Isotope Reactor. Ac-227 is then separated from the targets and purified.

"From that one simple step, we increased actinium yield, minimized waste production, optimized our processing timeframe and made it easier to recycle radium," said ORNL's Roy Copping. "This is an important project for the lab, and it's of enormous benefit to mankind."