Scientists at the IRCM and the University of Montreal discovered a mechanism that promotes the progression of medulloblastoma, the most common brain tumour found in children. The team, led by Frédéric Charron, PhD, found that a protein known as Sonic Hedgehog induces DNA damage, which causes the cancer to develop. This important breakthrough will be published in the October 13 issue of the prestigious scientific journal Developmental Cell. The editors also selected the article to be featured on the journal's cover.

Sonic Hedgehog belongs to a family of proteins that gives cells the information needed for the embryo to develop properly. It also plays a significant role in tumorigenesis, the process that transforms normal cells into cancer cells.

"Our team studied a protein called Boc, which is a receptor located on the cell surface that detects Sonic Hedgehog," explains Lukas Tamayo-Orrego, PhD student in Dr. Charron's laboratory and co-first author of the study. "We had previously shown that Boc is important for the development of the cerebellum, the part of the brain where medulloblastoma arises, so we decided to further investigate its role." 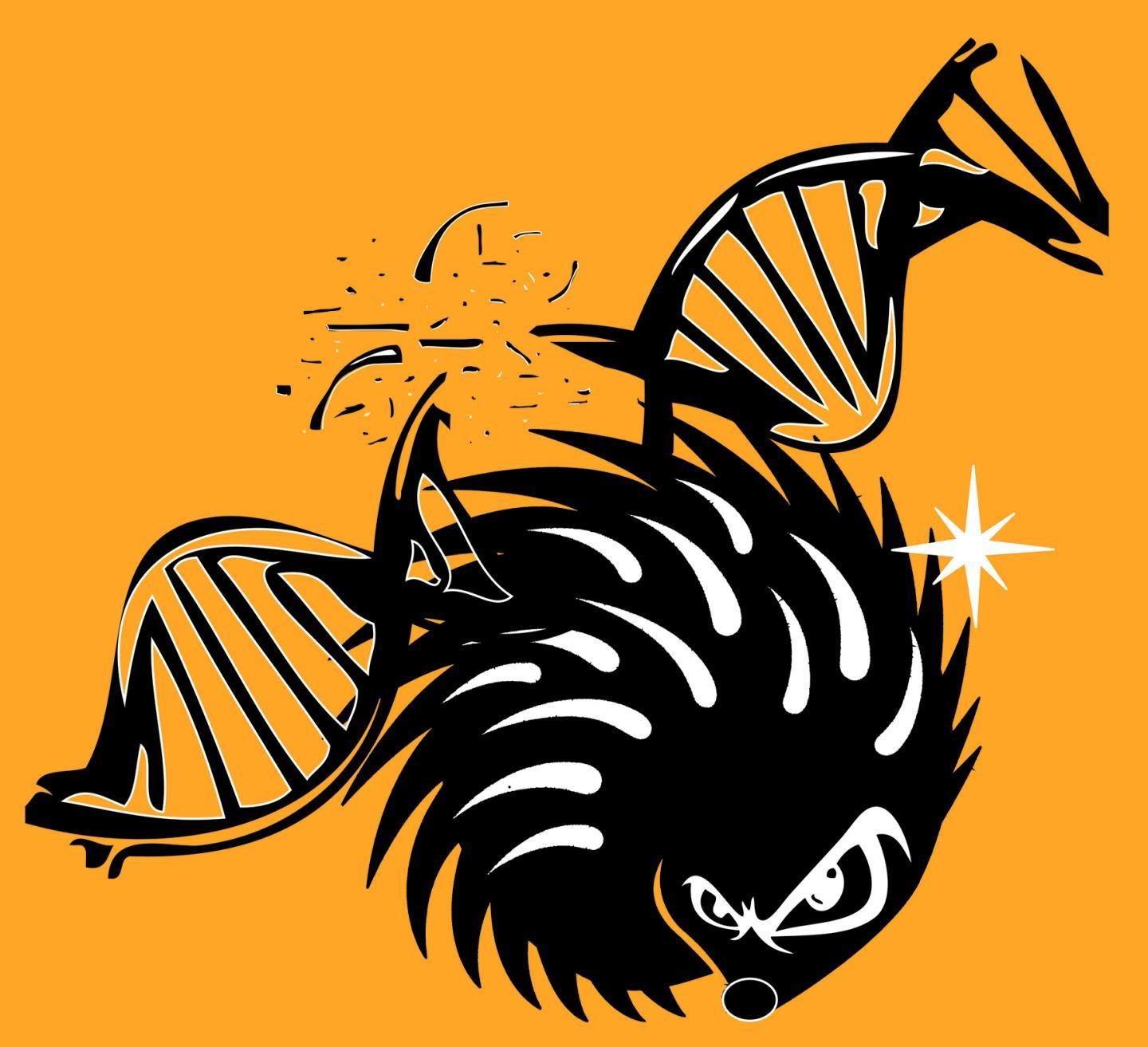 Scientists at the IRCM and the University of Montreal discovered a mechanism that promotes the progression of medulloblastoma, the most common brain tumour found in children. The team, led by Frederic Charron, PhD, found that a protein known as Sonic Hedgehog induces DNA damage, which causes the cancer to develop. The original AI file for this image is available for use by the media.

"With this study, we found that the presence of Boc is required for Sonic Hedgehog to induce DNA damage," adds Dr. Charron, Director of the Molecular Biology of Neural Development research unit at the IRCM. "In fact, Boc causes DNA mutations in tumour cells, which promotes the progression of precancerous lesions into advanced medulloblastoma."

"Our study shows that when Boc is inactivated, the number of tumours is reduced by 66 per cent," says Frederic Mille, PhD, co-first author of the article and former postdoctoral fellow in Dr. Charron's research unit. "The inactivation of Boc therefore reduces the development of early medulloblastoma into advanced tumours."

Medulloblastoma ranks among the leading causes of cancer-related mortality in children. Current treatments include surgery, as well as radiation therapy and chemotherapy. Although the majority of children survive the treatment, radiation therapy damages normal brain cells in infants and toddlers and causes long-term harm.

"As a result, many children who undergo these treatments suffer serious side effects including cognitive impairment and disorders," states Dr. Charron. "Our results indicate that Boc could potentially be targeted to develop a new therapeutic approach that would stop the growth and progression of medulloblastoma and could reduce the adverse side effects of current treatments."