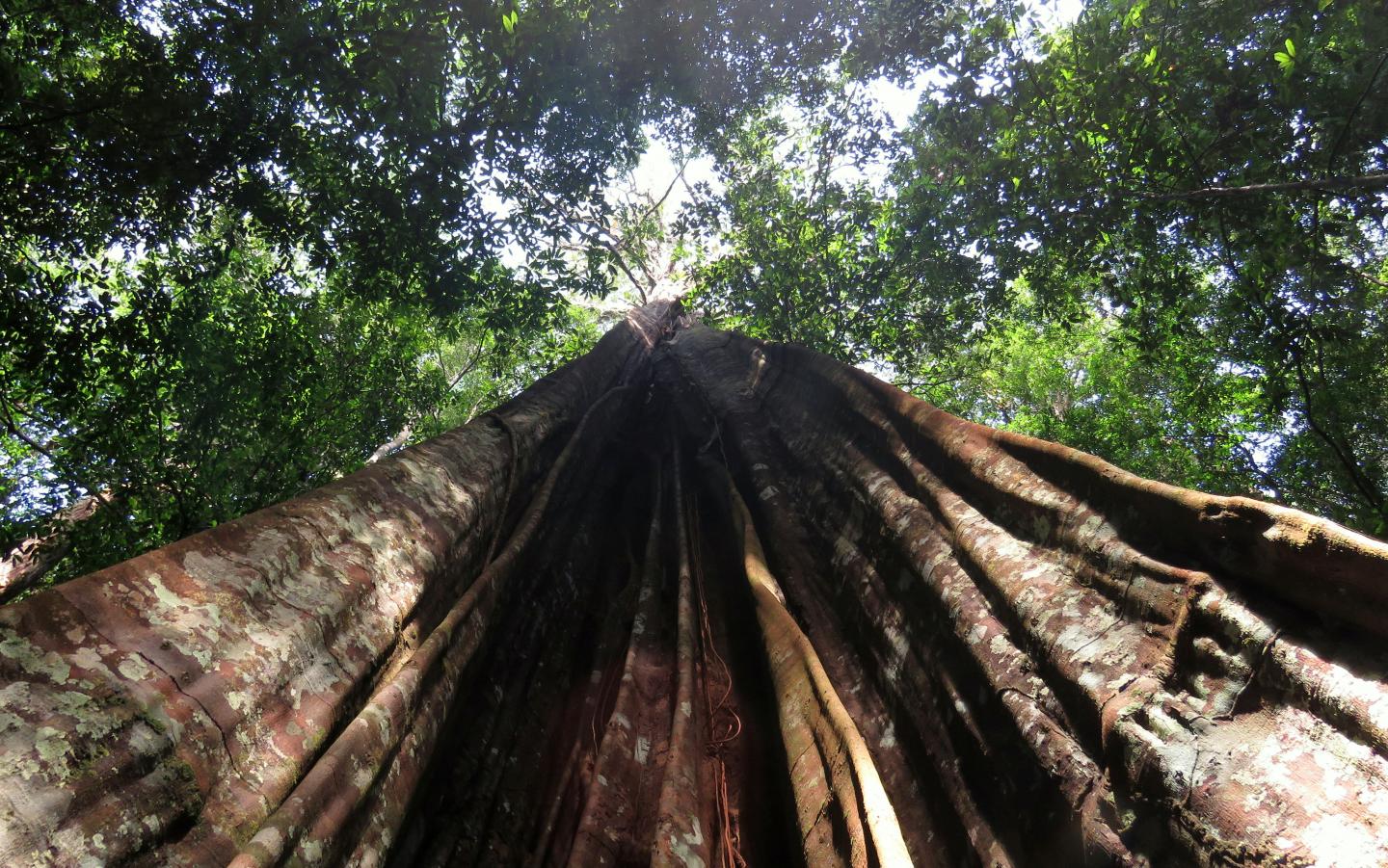 IMAGE: Drought in the Amazon affects larger trees more severely as they are more likely to die from hydraulic failure

Small trees that grow up in drought conditions could form the basis of more drought-resistant rainforests, new research suggests.

Severe and long-lasting droughts are becoming more common in the Amazon, often killing large trees that form the forest canopy.

But a new study, led by the University of Exeter, suggests small trees adapt better to droughts and could grow into a new generation to help the rainforest survive.

Using data from a long-running drought experiment in Brazil, the scientists discovered small trees respond positively to the extra light they get when larger trees die, managing to increase their capacity for photosynthesis and their growth despite the lack of water.

"Conditions in the Amazon are shifting due to climate change, and trees will have to adapt if they are to survive," said lead author David Bartholomew, of Exeter's Global Systems Institute.

"Our findings show that small trees are more capable of changing their physiology in response to environmental changes than their larger neighbours.

"Having grown in up in drought conditions, these trees might develop traits that will help them cope with future droughts - even once they are fully grown.

"Ultimately, this may allow them to form the next generation of canopy trees, leading to greater overall resilience in the forest."

The study examined trees in a 15-year Amazonian drought experiment, in which clear plastic panels catch 50% of rainfall.

Researchers sampled 66 small trees (1-10 cm diameter at a height of 1.3m from the ground) and 61 large trees (more than 20cm in diameter) in the drought experiment area and a nearby control area with no rainfall exclusion.

"This long-running experiment has shown that large trees are quite vulnerable to drought, and probably won't survive if droughts continue to become more common and severe," said Bartholomew, a PhD student on the NERC GW4+ Doctoral Training Partnership.

"However, relatively little is known about the response of small understorey trees which could be vital in determining the future of tropical forests.

"The understorey of an intact rainforest is usually a dark and humid environment.

"However, if droughts cause larger trees to die, these trees will have to adapt to both decreasing water availability and increased light.

"Our study suggests they have a remarkable ability to do this."

The responses of tree species in the study varied, with some showing a strong ability to adapt and some showing very little.

More research is needed to understand how this might change the makeup of the famously diverse Amazon rainforest in the future.