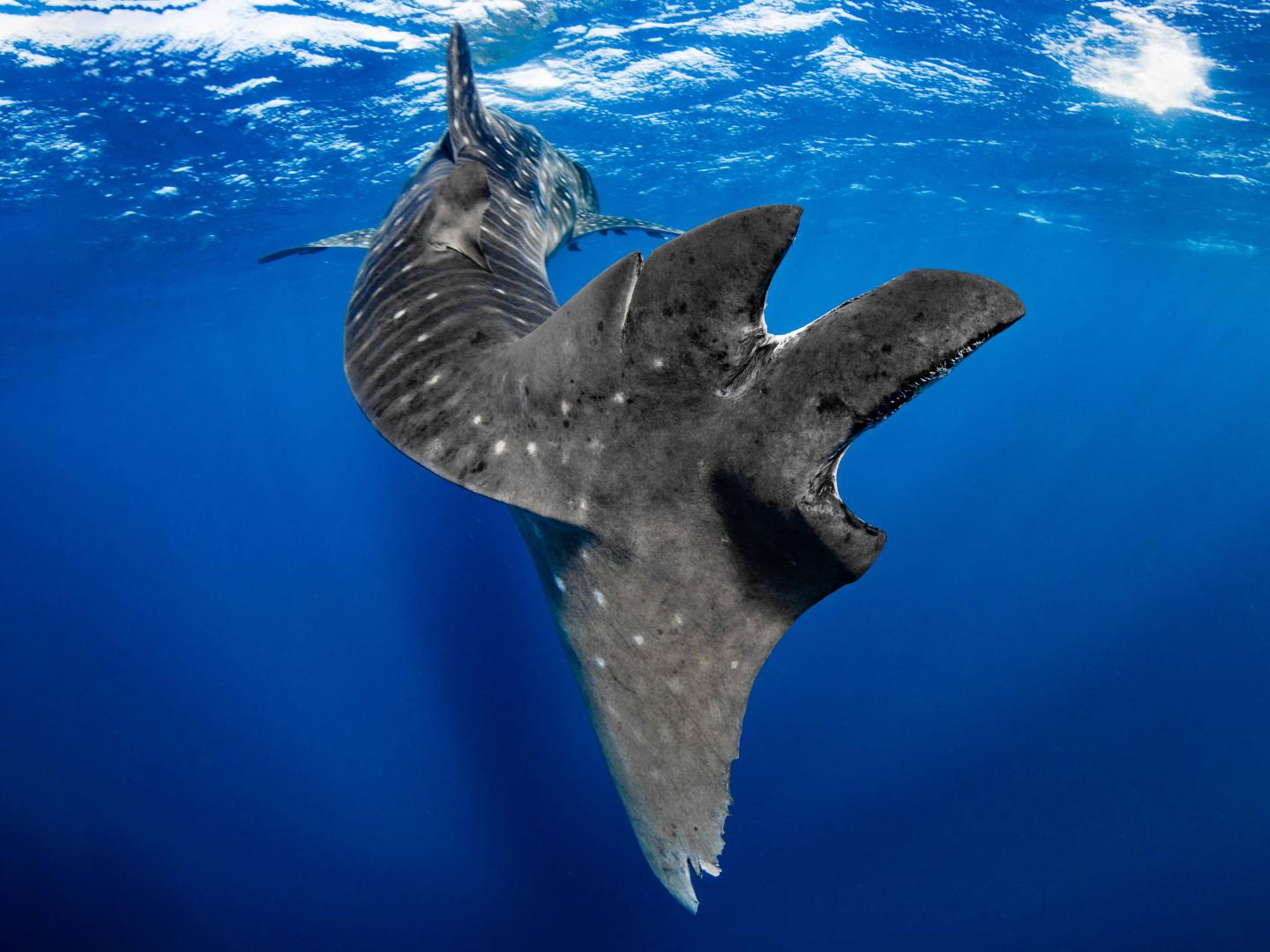 To make the finding, Ms Lester, a PhD candidate at the University of Western Australia (UWA), and colleagues from AIMS and the Department of Biodiversity, Conservation and Attractions (DBCA), reviewed still and moving images of 913 whale sharks taken by Ningaloo tour boat operators between 2008 and 2013.

"Some of the major scars were probably bite marks from predators, but most were the marks of blunt trauma, lacerations or amputations arising from encounters with ships, particularly propellers," Ms Lester said.

Whale shark diving is an important part of the Western Australian tourism industry, delivering an estimated at $12.5 million in economic activity for the Ningaloo Reef region.

However, because the species swim for thousands of kilometres beyond the marine park boundaries exactly where the injuries were sustained is unknown.

"Mitigating the impact of scarring from vessel collisions is challenging, particularly outside of our jurisdiction of State waters," said DBCA research scientist and co-author Dr Holly Raudino.

The results of the research show injuries recorded during 2012 and 2013 almost doubled compared to 2011.

"One possible explanation is that there is an increase in shipping activity throughout the whale sharks' range - inside Ningaloo and out - and collisions are becoming more frequent," said Ms Lester.

The data in the study cannot reveal the number of fatal ship collisions, because whale sharks are 'negatively buoyant', meaning that when they die they sink to the ocean floor.

"A collision between a large ocean-going vessel and a whale shark wouldn't be felt by the ship, as a result, it's likely that we're underestimating the number of mortalities from ship strike, since our study could only document sharks that survived their injuries," Ms Lester said.

Dr Raudino, whose expertise is marine fauna, added that the first step in reducing these interactions would be by "identifying hotspots of where these collisions are occurring through spatial modelling".

The research is published in the Marine Ecology Progress Series.