DURHAM, N.C. -- Holiday shopping can be mentally exhausting for anyone. But a new Duke University study finds that older adults seem to need extra brainpower to make shopping decisions -- especially ones that rely on memory.

The study appearing Nov. 19 in the Journal of Neuroscience suggests that older shoppers use an additional brain area to remember competing consumer products and choose the better one.

"The study gives a bright picture, actually," said lead author Nichole Lighthall, a postdoctoral researcher in Roberto Cabeza's lab at Duke's Center for Cognitive Neuroscience. "It suggests that for healthy older adults, even though their memory might not be as good, they can naturally recruit other brain regions that are not typically involved in the task. It seems that it allows them to perform at a higher level."

The study used functional magnetic resonance imaging (fMRI) -- a noninvasive technique that indirectly measures changes in brain activity -- to scan the brains of 20 younger adults (25 years old, on average), and 22 older adults (around 70 years old) while the participants viewed pictures of consumer products with star ratings indicating their value, similar to online shopping sites like Amazon.com.

Participants were asked to "keep shopping" by navigating from one screen to the next while trying to remember the value for each consumer product they encountered. They then had to select the better of two competing products, such as two different sweaters, based on which was a better value.

Some versions of the task were easy. For example, participants saw the first product, then the second product, and were asked to select the better one.

In the more challenging trials, participants were shown the first product, and then had to learn about or "buy" several unrelated items before being shown the second, competing product and making a decision.

Young and old adults made decisions with similar speed and accuracy. In addition to the normal patterns of brain activity, however, older adults used a part of their brain called the ventromedial prefrontal cortex (vmPFC) as memory demand increased. 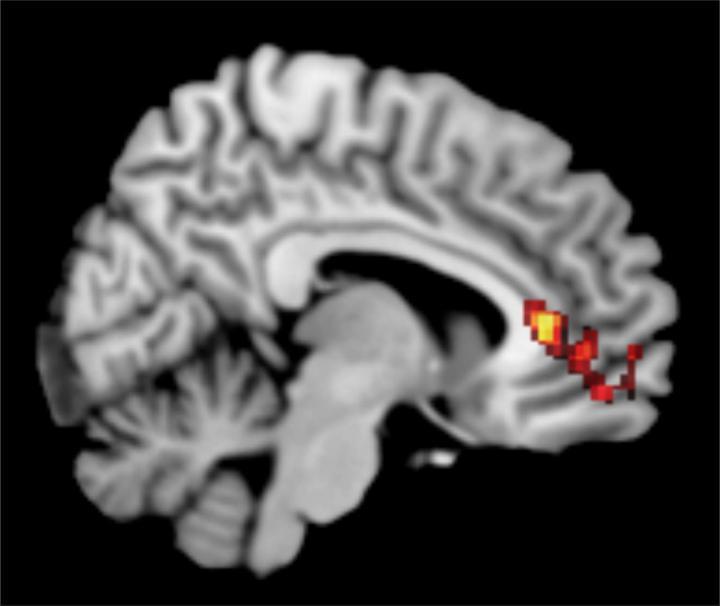 Unlike adults in their 20s and 30s, senior citizens use a structure called the ventromedial prefrontal cortex for shopping decisions that rely on memory.

The vmPFC is known to be involved in processing risk calculations and it has been shown help people assign values to rewards and emotions.

In this study, the more active the vmPFC was, the better participants performed at the task. Although researchers couldn't prove that the heightened brain activity caused participants to perform better, "it seemed that (the enhanced brain activity) was actually helping them, it was beneficial to their performance," Lighthall said.

Some of the higher-scoring subjects had good general strategies for memory. "They brought in stories about (the products) that related to their lives," Lighthall said, or they translated the star ratings into words that were more meaningful to them, like "terrible" or "awesome."

The vmPFC, it turns out, is also involved in autobiographical memory and self-referential thinking, Lighthall said.

The new results point to a need to simplify decisions for seniors, especially those that are more important than holiday shopping.

In medical-decision making, for example, selecting the best insurance plan can be intimidating. "What often happens is that people will delay the decision if it's too challenging," Lighthall said.

"Our study suggests that, to the extent that decision-making or economic choice rely on memory, those situations are really going to be harder and require a different type of processing for older adults," she said.

But if the researchers' interpretation of the vmPFC's role is confirmed, then it could point to potential strategies to rehabilitate decision-making deficits in older adults, said Cabeza, a professor of psychology and neuroscience at Duke, and a member of the Duke Institute for Brain Sciences.

"For example, future studies could identify the conditions that lead to vmPFC recruitment during decision-making and explore ways of promoting these conditions when older adults make decisions in real life," Cabeza said. 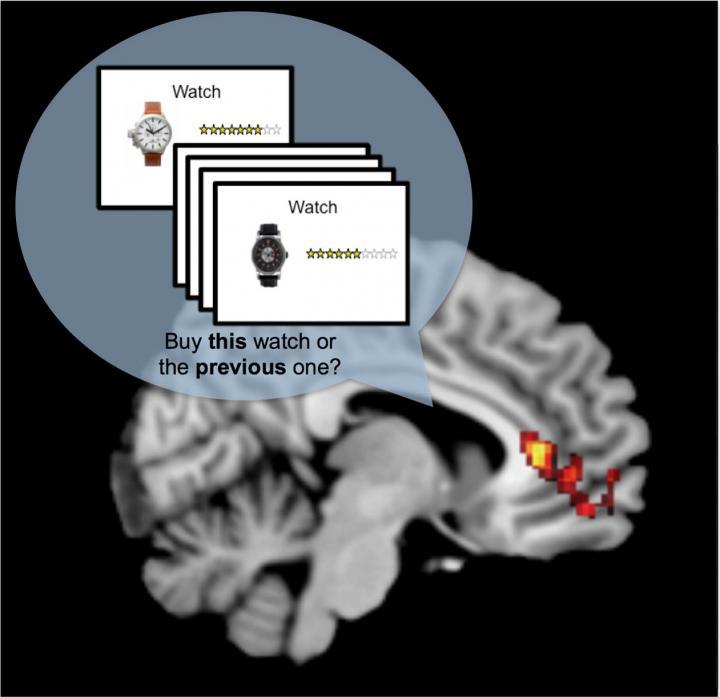 Duke researchers analyzed brain activity of older and younger people while they chose between competing consumer products. In the more challenging version of the task, the participants were shown one item, such as a watch, and had to learn about or "buy" several unrelated items before being shown the second watch.