Self-regulation skills - the skills that help children pay attention, follow directions, stay on task and persist through difficulty - are critical to a child's success in kindergarten and beyond, said OSU's Megan McClelland, a nationally recognized expert in child development and a co-author of the new study.

"Most children do just fine in the transition to kindergarten, but 20 to 25 percent of them experience difficulties - t hose difficulties have a lot to do with self-regulation," McClelland said. "Any intervention you can develop to make that transition easier can be beneficial."

The results of the new study are notable because positive effects of an intervention, especially one that aims to improve self-regulation and academic achievement, can be difficult for researchers to find, said McClelland, the Katherine E. Smith Healthy Children and Families Professor in the College of Public Health and Human Sciences.

"The math gain was huge," McClelland said. "English language learners who were randomly assigned to the intervention showed a one-year gain in six months. This was in spite of the fact that we had no math content in these games."

That indicates that children were more likely to integrate the self-regulation skills they've learned into their everyday lives, McClelland said. It also supports previous research finding strong links between self-regulation and math skills. 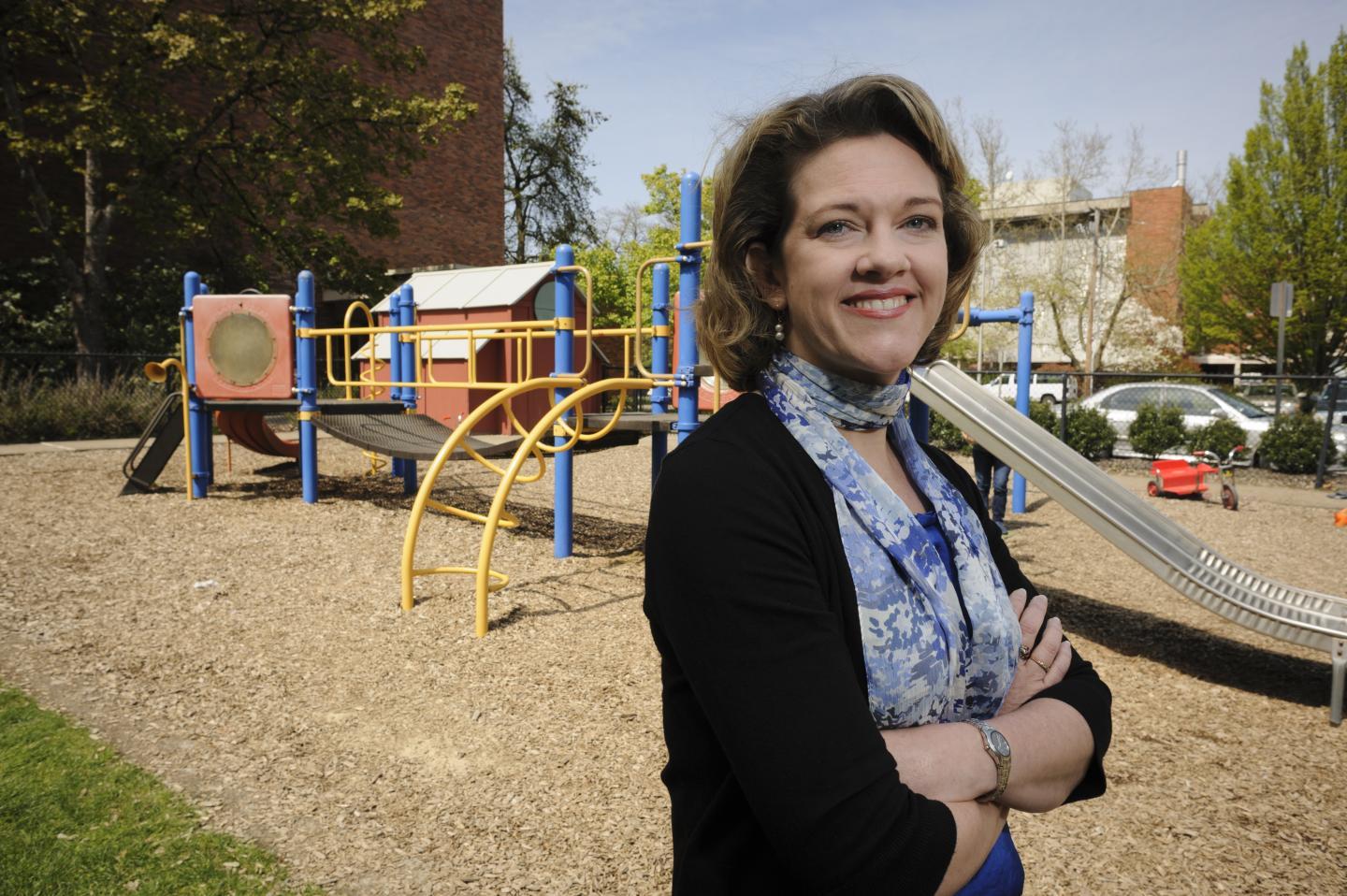 Megan McClelland is the Katherine E. Smith Healthy Children and Families Professor in the College of Public Health and Human Sciences at Oregon State University.

The study was published recently in Early Childhood Research Quarterly. Lead author Sara A. Schmitt conducted the research as a doctoral student at OSU and now is an assistant professor at Purdue University. In addition to McClelland, the other authors of the study are Alan C. Acock of Oregon State and Shauna L. Tominey of Yale University.

In all, 276 children enrolled in a federally funded Head Start program for at-risk children in the Pacific Northwest participated in the study. Children ranged in age from three to five, with most about four years old. Children were randomly assigned to either a control group or the intervention program.

The intervention ran for eight weeks, with two 20- to 30-minute sessions each week. Research assistants came into classes and led children through movement and music-based games that increased in complexity over time and encouraged the children to practice self-regulation skills.

One game used in the activities was "Red Light, Purple Light," which is similar to "Red Light, Green Light." A researcher acted as a stoplight and held up construction-paper circles to represent stop and go. Children followed color cues, such as purple is stop and orange is go, and then switched to the opposite, where purple is go and orange is stop.

Additional rules are added later to increase the complexity of the game. The game requires children to listen and remember instructions, pay attention to the adult leading the game and resist natural inclinations to stop or go.

"It's about helping the children practice better control," McClelland said. "The games train them to stop, think and then act."

Researchers want to continue improving the games used in the intervention and expand the use of the intervention to more children, McClelland said. Because the games are somewhat simple and require few materials, training teachers is fairly easy and the program is relatively low-cost for schools, she said. 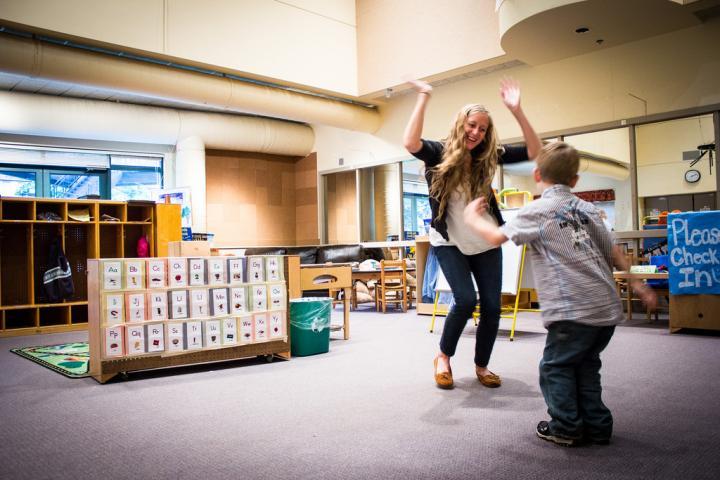 Researcher Sara Schmitt works with a child; Schmitt conducted research on a self-regulation intervention as a doctoral student at Oregon State University.