A self-cleaning surface that repels even the deadliest superbugs 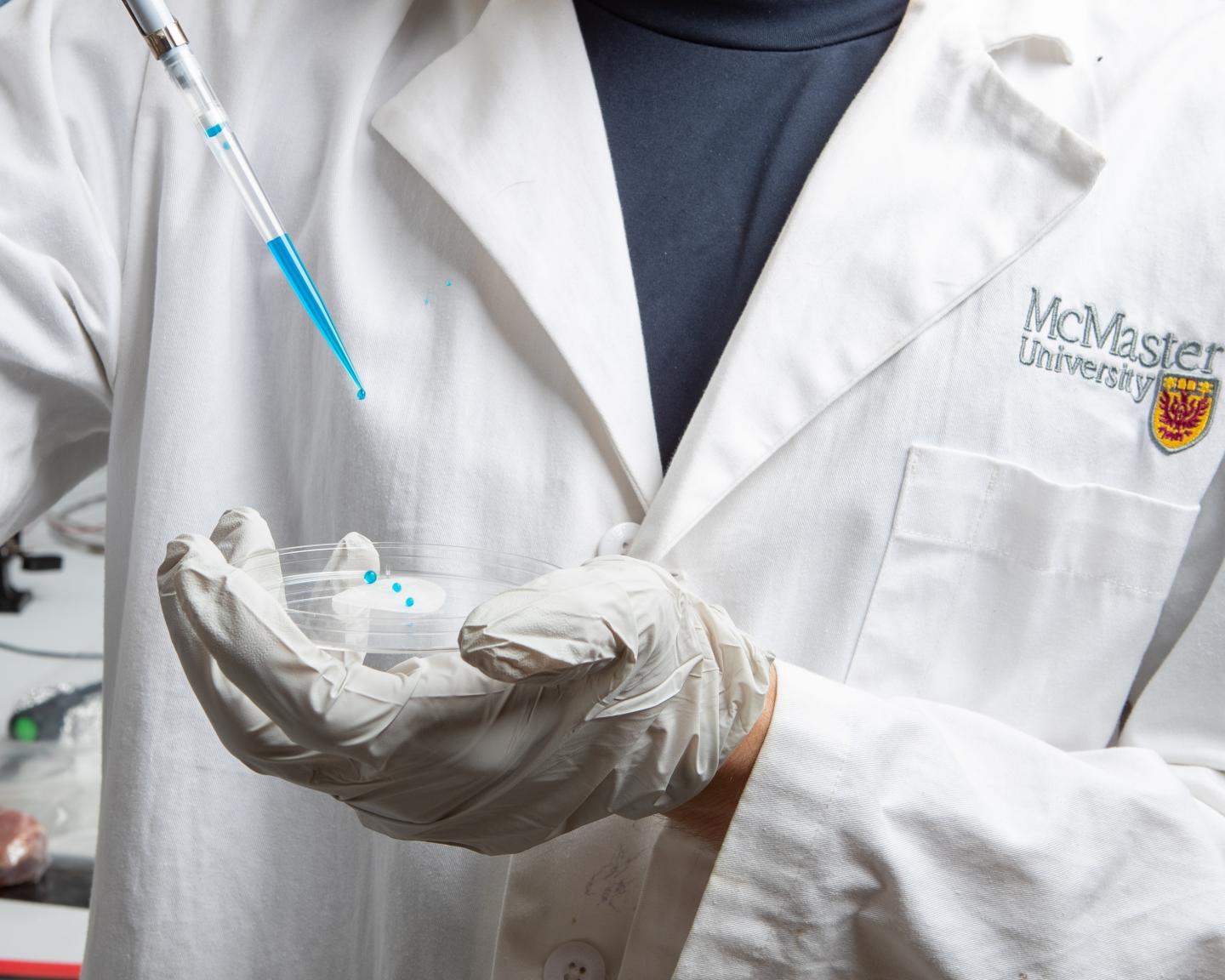 IMAGE: A new wrap developed by researchers at McMaster University repels everything that comes into contact with it, including viruses and bacteria.

HAMILTON, ON, Dec. 13, 2019 - A team of researchers at McMaster University has developed a self-cleaning surface that can repel all forms of bacteria, preventing the transfer of antibiotic-resistant superbugs and other dangerous bacteria in settings ranging from hospitals to kitchens.

The new plastic surface - a treated form of conventional transparent wrap - can be shrink-wrapped onto door handles, railings, IV stands and other surfaces that can be magnets for bacteria such as MRSA and C. difficile.

The treated material is also ideal for food packaging, where it could stop the accidental transfer of bacteria such as E. coli, Salmonella and listeria from raw chicken, meat and other foods, as described in a paper published today by the journal ACS Nano.

The research was led by engineers Leyla Soleymani and Tohid Didar, who collaborated with colleagues from McMaster's Institute for Infectious Disease Research and the McMaster-based Canadian Centre for Electron Microscopy.

Inspired by the water-repellent lotus leaf, the new surface works through a combination of nano-scale surface engineering and chemistry. The surface is textured with microscopic wrinkles that exclude all external molecules. A drop of water or blood, for example, simply bounces away when it lands on the surface. The same is true for bacteria.

"We're structurally tuning that plastic," says Soleymani, an engineering physicist. "This material gives us something that can be applied to all kinds of things."

The surface is also treated chemically to further enhance its repellent properties, resulting in a barrier that is flexible, durable and inexpensive to reproduce.

"We can see this technology being used in all kinds of institutional and domestic settings," Didar says. "As the world confronts the crisis of anti-microbial resistance, we hope it will become an important part of the anti-bacterial toolbox."

The researchers tested the material using two of the most troubling forms of antibiotic-resistant bacteria: MRSA and Pseudomonas, with the collaboration of Eric Brown of McMaster's Institute for Infectious Disease Research.

Engineer Kathryn Grandfield helped the team verify the effectiveness of the surface by capturing electron microscope images showing that virtually no bacteria could transfer to the new surface.

The researchers are hoping to work with a commercial partner to develop commercial applications for the wrap.