LA JOLLA, CA—October 30, 2014—Biologists at The Scripps Research Institute (TSRI) have described the atomic-level workings of "microRNA" molecules, which control the expression of genes in all animals and plants.

The findings add greatly to the understanding of a fundamental system of regulation in biology, and should accelerate the development of therapies that harness its power.

"We've obtained the clearest picture to date of how these crucial gene regulators work," said TSRI Associate Professor Ian J. MacRae, who was senior investigator for the study reported in the October 31, 2014 issue of the journal Science.

MicroRNAs, as their name suggests, are snippets of ribonucleic acid, only about 22 nucleotides long. Encoded by genes, they are meant to function as RNA molecules and are never translated into proteins. In humans, there are almost 2,000 distinct microRNAs, which collectively regulate somewhere between 30 and 80 percent of human genes.

MicroRNAs do their work by intercepting and effectively "silencing" the RNA transcripts of genes. These tiny gene-regulators operate in all multicellular organisms, including all plants and animals; even some viruses have them. Moreover, their normal workings appear to be disrupted in many human diseases. Yet their central importance in biology has become apparent only in the last decade or so, and the details of how they silence their targets have started to come into focus only in the last few years.

MicroRNAs operate not on their own, but in the company of large proteins called Argonautes, which microRNAs effectively guide to their RNA targets. In a study reported in Science in 2012, MacRae and his graduate student Nicole T. Schirle used X-ray crystallography techniques to determine, for the first time, the atomic structure of human Argonaute bound to a microRNA and its RNA target. 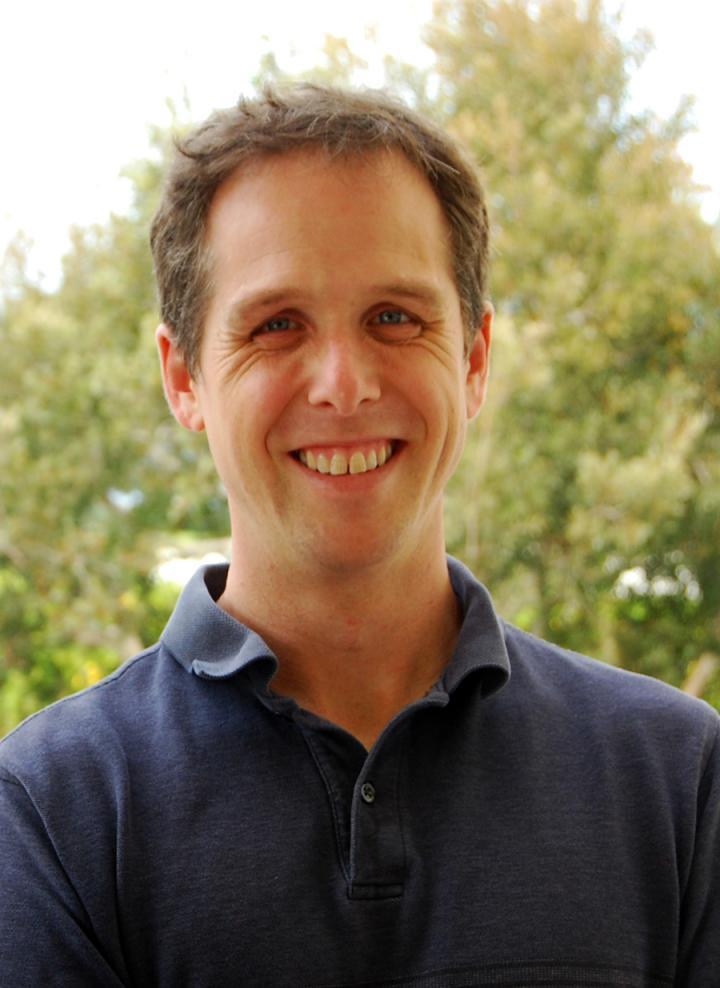 Ian MacRae, PhD, is an associate professor at The Scripps Research Institute.

Seeing How the Process Works

In the new study, the researchers were able to determine the structure of human Argonaute-plus-microRNA in the act of binding to an RNA target. "We could see from these structural data the details of how the process works," said MacRae.

The data show that Argonaute holds a microRNA molecule in a way that initially exposes only a few of its nucleotides—presumably to minimize interactions with RNAs that aren't in its target set. These few exposed microRNA nucleotides will, however, stick to the complementary nucleotide sequences found on target RNAs. When such contact is made, Argonaute rearranges its structure to facilitate a tighter embrace of more closely matching targets.

"A key helix structure on Argonaute moves out of the way, allowing further base-pairing between the microRNA guide and its target," said Schirle. "In general, Argonaute changes its conformation so as to expand the binding and stabilize the interaction with an appropriate target RNA."

MicroRNAs bind to RNA targets that match its sequence only very partially, in short stretches, which is why a single microRNA may be able to intercept the transcripts of hundreds of different genes. When it binds such transcripts, the microRNA-Argonaute team summons other molecules that effectively block the transcripts from further meaningful activity. By contrast, related regulatory molecules called short interfering RNAs (siRNAs) match their RNA targets more completely and induce Argonaute to silence those targets more directly with a built-in enzyme that slices them in two.

The study hints at how Argonaute switches to this more direct mode of silencing. "Slicing requires a catalytic magnesium ion, which has to be held in a precise position over the target," said Schirle. "What we see now is that this magnesium ion is positioned in the wrong place in the Argonaute structure when a microRNA is bound to its target, so that the target won't be sliced. We propose that a more extensive pairing with the target RNA, as siRNAs make, would then swing the magnesium ion into the correct position to enable slicing."

The new wealth of structural detail on microRNA-Argonaute function will be of broad scientific interest, but should also make a big impact on medicine. The great therapeutic potential of drugs that mimic or inhibit microRNAs to control key processes in cells is at this point completely untapped.

"There is a whole new class of microRNA-targeting drugs that have been proposed and have started to be developed," said MacRae, "and here we've provided information that should be very helpful in designing such drugs."