JUPITER, FL, May 9, 2012 – While we often think of memory as a way of preserving the essential idea of who we are, little thought is given to the importance of forgetting to our wellbeing, whether what we forget belongs in the "horrible memories department" or just reflects the minutia of day-to-day living.

Despite the fact that forgetting is normal, exactly how we forget—the molecular, cellular, and brain circuit mechanisms underlying the process—is poorly understood.

Now, in a study that appears in the May 10, 2012 issue of the journal Neuron, scientists from the Florida campus of The Scripps Research Institute have pinpointed a mechanism that is essential for forming memories in the first place and, as it turns out, is equally essential for eliminating them after memories have formed.

"This study focuses on the molecular biology of active forgetting," said Ron Davis, chair of the Scripps Research Department of Neuroscience who led the project. "Until now, the basic thought has been that forgetting is mostly a passive process. Our findings make clear that forgetting is an active process that is probably regulated."

The Two Faces of Dopamine

To better understand the mechanisms for forgetting, Davis and his colleagues studied Drosophila or fruit flies, a key model for studying memory that has been found to be highly applicable to humans. The flies were put in situations where they learned that certain smells were associated with either a positive reinforcement like food or a negative one, such as a mild electric shock. The scientists then observed changes in the flies' brains as they remembered or forgot the new information.

The results showed that a small subset of dopamine neurons actively regulate the acquisition of memories and the forgetting of these memories after learning, using a pair of dopamine receptors in the brain. Dopamine is a neurotransmitter that plays an important role in a number of processes including punishment and reward, memory, learning and cognition.

But how can a single neurotransmitter, dopamine, have two seemingly opposite roles in both forming and eliminating memories? And how can these two dopamine receptors serve acquiring memory on the one hand, and forgetting on the other? 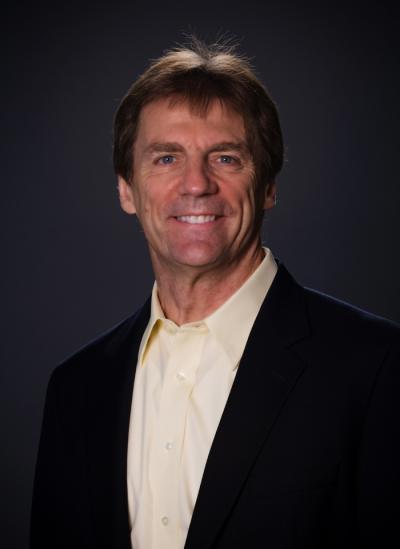 Ron Davis, Ph.D., is chair of the Scripps Research Institute's Department of Neuroscience.

The study suggests that when a new memory is first formed, there also exists an active, dopamine-based forgetting mechanism—ongoing dopamine neuron activity—that begins to erase those memories unless some importance is attached to them, a process known as consolidation that may shield important memories from the dopamine-driven forgetting process.

The study shows that specific neurons in the brain release dopamine to two different receptors known as dDA1 and DAMB, located on what are called mushroom bodies because of their shape; these densely packed networks of neurons are vital for memory and learning in insects. The study found the dDA1 receptor is responsible for memory acquisition, while DAMB is required for forgetting.

When dopamine neurons begin the signaling process, the dDA1 receptor becomes overstimulated and begins to form memories, an essential part of memory acquisition. Once that memory is acquired, however, these same dopamine neurons continue signaling. Except this time, the signal goes through the DAMB receptor, which triggers forgetting of those recently acquired, but not yet consolidated, memories.

Jacob Berry, a graduate student in the Davis lab who led the experimentation, showed that inhibiting the dopamine signaling after learning enhanced the flies' memory. Hyperactivating those same neurons after learning erased memory. And, a mutation in one of the receptors, dDA1, produced flies unable to learn, while a mutation in the other, DAMB, blocked forgetting.

While Davis was surprised by the mechanisms the study uncovered, he was not surprised that forgetting is an active process. "Biology isn't designed to do things in a passive way," he said. "There are active pathways for constructing things, and active ones for degrading things. Why should forgetting be any different?"

The study also brings into a focus a lot of intriguing issues, Davis said—savant syndrome, for example.

"Savants have a high capacity for memory in some specialized areas," he said. "But maybe it isn't memory that gives them this capacity, maybe they have a bad forgetting mechanism. This also might be a strategy for developing drugs to promote cognition and memory—what about drugs that inhibit forgetting as cognitive enhancers?"