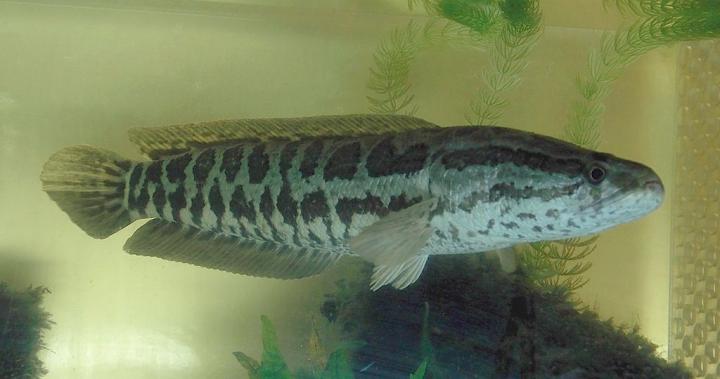 IMAGE: Northern Snakehead (Channa argus) tops the list of alien species, not yet established in the European Union, that pose the greatest potential threat to biodiversity in the region

Scientists have identified 66 alien plant and animal species, not yet established in the European Union, that pose the greatest potential threat to biodiversity and ecosystems in the region.

The research, led by Professor Helen Roy of the UK's Centre for Ecology & Hydrology and involving 43 people from across Europe and funded by the European Commission, is published in the journal Global Change Biology.

The authors developed a horizon-scanning approach in order to derive a ranked list of potential invasive alien species (IAS). Using this procedure, they worked collaboratively to reach consensus about the alien species most likely to arrive, establish, spread and have an impact on biodiversity in the region over the next decade.

The approach is unique in the continental scale examined, the breadth of taxonomic groups and environments considered, and the methods and data sources used. Species considered included plants, terrestrial invertebrates, marine species, freshwater invertebrates and vertebrates.

The eight species that pose the highest risk are:

1. Channa argus. The northern snakehead is a species of fish native to southern and eastern China but now also widely distributed in Japan within shallow, marshy ponds and wetlands, where it preys on native fish species.

2. Limnoperna fortunei. The golden mussel is native to China and south-eastern Asia but became established in Hong Kong in 1965, and Japan and Taiwan in the 1990s. Subsequently, it invaded the United States and South America. It alters native fauna with an impact on the freshwater food web.

3. Orconectes rusticus. The rusty crayfish, native to the United States but now found in Canada, is a large and aggressive species of freshwater crayfish, which is more successful in deterring attack from predators than other crayfish and therefore outcompetes native species.

4. Plotosus lineatus. The striped eel catfish is native to the Indian Ocean but was first recorded in the Mediterranean in 2002 and subsequently spread rapidly along the entire Israeli coast. This venomous catfish now inhabits all sandy and muddy substrates contributing to species declines through competition and displacement.

5. Codium parvulum. This green seaweed native to the Indo-Pacific Ocean and subsequently described from the Red Sea, has since been recorded off the northern shores of Israel in the Mediterranean and along the Lebanese coast. It is considered an ecosystem engineer, altering the structure and functionality of ecosystems.

6. Crepidula onyx. The onyx slipper snail is native to the southern coast of California and northern Pacific coast of Mexico. It is now widespread and considered highly invasive in Asia where it has been reported from Korea, Japan and Hong Kong. Slipper snails are sedentary filter-feeders and change native ecosystems.

7. Mytilopsis sallei. The black striped mussel described from the Pacific coast of Panama is a brackish species that invaded the Indo-Pacific Ocean during the 1900s and has reached Fiji, India, Malaysia, Taiwan, Japan, and Australia. In some of these coastal areas the species completely dominates since it can survive extreme environmental conditions.

Other key findings include:

The highest proportion of the species identified originate in Asia, North America and South America.

The Mediterranean, Continental, Macaronesian and Atlantic biogeographic regions are predicted to be the most threatened across all taxonomic groups, while the Baltic, Black Sea and Boreal regions are least at risk. The Alpine region appears not to be under threat by any species.

The research provides a basis for full risk assessments that can comprehensively evaluate the threat posed by these species to EU biodiversity.

Professor Helen Roy of the Centre for Ecology & Hydrology said: "Preventing the arrival of invasive alien species is the most effective way of managing invasions. Predicting which species are likely to arrive and survive in new regions involves considering many interacting ecological and socio-economic factors including climate but also patterns of trade.

"Our collaborative approach involving experts spanning many disciplines has been critical to achieve the ranked list of alien species that pose the greatest threat to European biodiversity."