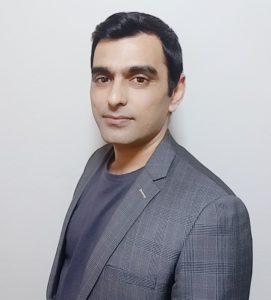 QAHE is one of the most fascinating and important recent discoveries in condensed-matter physics.

It is key to the function of emerging 'quantum' materials, which offer potential for ultra-low energy electronics.

QAHE causes the flow of zero-resistance electrical current along the edges of a material.

Topological insulators, recognised by the Nobel Prize in Physics in 2016, are based on a quantum effect known as the quantum anomalous Hall effect (QAHE).

"Topological insulators conduct electricity only along their edges, where one-way 'edge paths' conducts electrons without the scattering that causes dissipation and heat in conventional materials," explains lead author Muhammad Nadeem.

QAHE was first proposed by 2016 Nobel-recipient Prof Duncan Haldane (Manchester) in the 1980s, but it subsequently proved challenging to realize QAHE in real materials. Magnetic-doped topological insulators and spin-gapless semiconductors are the two best candidates for QAHE.

It's an area of great interest for technologists," explains Xiaolin Wang. "They are interested in using this significant reduction in resistance to significantly reduce the power consumption in electronic devices."

"We hope this study will shed light on the fundamental theoretical perspectives of quantum anomalous Hall materials," says co-author Prof Michael Fuhrer (Monash University), who is Director of FLEET.

The collaborative, theoretical study concentrates on these two mechanisms:

large spin-orbit coupling (interaction between electrons' movement and their spin)