Researchers from the University of Cadiz have made an unprecedented discovery: they have shown that there are five large accumulations of plastic debris in the open oceans, coinciding with the five main ocean gyres in the surface waters of the ocean. As well as the well-known accumulation of plastic rubbish in the North Pacific, these experts have proven the existence of similar accumulations in the centre of the North Atlantic, the South Pacific, the South Atlantic and the Indian Oceans. And they have gone one step further to state that the surface water of the centre of the oceans might not be the final destination of the plastic debris as large quantities of microplastics are entering the marine food chain and the ocean floors.

This project, led by the University of Cadiz and linked to the International Campus of Excellence of the Sea, is the front cover of the magazine Proceedings of the National Academy of Sciences (PNAS), one of the most important scientific publications in the world.

According to this study, the total amount of plastics accumulated on the surface of the world's oceans is tens of thousands of tonnes. "These microplastics influence the behaviour and the food chain of all sea creatures. On one hand, the small plastic fragments often accumulate pollutants which, if they are ingested, can pass into the organisms during digestion. They can also cause gastrointestinal obstructions which is another common problem with this type of debris. On the other hand, the abundance of floating fragments of plastic allows many small organisms to navigate and colonize areas previously inaccessible to them. However, a large part of the impact caused by plastic pollution in the oceans is probably still unknown", explains the professor and researcher from the UCA Andrés Cózar.

When plastic objects are transported by the ocean currents, they break up into smaller and smaller fragments due to solar radiation. However, these small plastic fragments, (known as microplastics) can last for hundreds of years. Plastic debris found on the ocean's surface is mainly polythene and polypropylene; polymers used in products such as plastic bags, drink and food containers, packaging, home utensils and toys.

To reach these conclusions and obtain the first global estimation of the amount of floating plastic debris on the ocean's surface, the team of researchers, led by Andrés Cózar, has focused on an analysis of all the samples taken in open ocean waters during the Malaspina Expedition in 2010. Samples taken far away from the coast and from city centres, but in which, in spite of this, floating plastic debris was found. In fact, this plastic debris was found in "88% of the ocean surface waters sampled. The results show the scale of the problem of plastic debris pollution worldwide" states the researcher from the University of Cadiz. 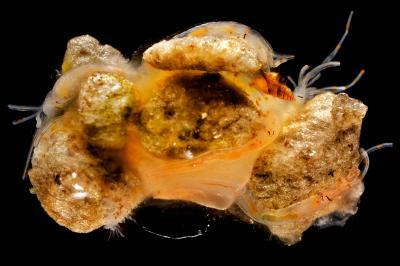 With the aim of stemming this worldwide pollution problem, the University of Cadiz insists on the need to go one step further and "as well as carrying out selective removal of debris from the coasts and the oceans, we must also get to the root cause of the problem, that is to say, the way the plastics continue to reach the oceans on such a large scale". Therefore, "it is necessary for all plastic products to be designed in such a way that really allows them to be used in a sustainable way. I consider that investment in research into reducing, reusing and making the plastic from commercial products really recyclable is not only a necessary measure from an environmental point of view, but also a lucrative investment from a commercial point of view. The oceans are no longer big enough to hide all the plastic waste that we generate", declares Professor Andrés Cózar.

The Circumnavigation Expedition Malaspina 2010 is a project directed by the Spanish National Research Council (CSIC) and coordinated by the researcher Carlos Duarte, which is made up of over 400 scientists from all over the world and started on the 15th December 2010 when the ocean research ship Hesperides set sail from the port of Cadiz. On board this ship, belonging to the Spanish Navy, and the ship Sarmiento de Gamboa, the researchers studied the impact of global change on the ocean's ecosystems and explored its biodiversity for nine months (seven on board the Hesperides and two on board the Sarmiento).

The scientists took around 200,000 samples of water, plankton, fish and atmospheric particles and gases from 313 points in the Indian, Pacific and Atlantic Oceans, at depths of up to 6,000 metres. The circumnavigation is being used to carry out a thorough diagnosis of the state of the world's oceans and to explore the mysteries of their depths. 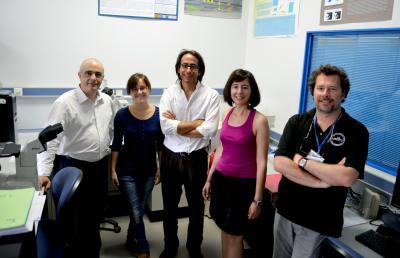 This is the work team who performed the research.