A team of researchers from New Zealand's University of Otago and the University of Tasmania has discovered that Australian and New Zealand little penguins represent two distinct species, rather than one.

Scientists had previously wondered about the relationships between populations of the penguin (popularly known as little blue penguins or fairy penguins) found on either side of the Tasman. The trans-Tasman team used genetic techniques to compare populations from both countries, and surprisingly found that they are not the same species.

"We found a very strong pattern, where New Zealand has its own distinctive genetic group that is clearly very different from the Australian penguin populations," says Dr Stefanie Grosser, who carried out the study as part of her Otago PhD project. 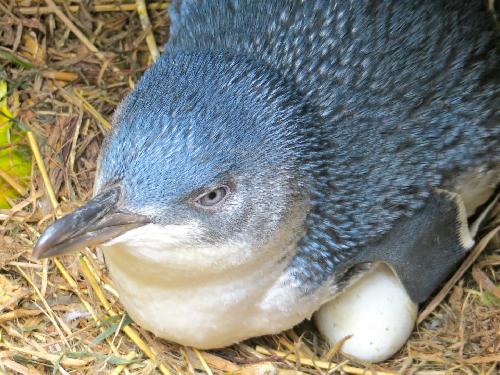 A team of researchers from New Zealand's University of Otago and the University of Tasmania has discovered that Australian and New Zealand little penguins represent two distinct species, rather than one. Credit: Dr Stefanie Grosser

Similar to their human counterparts, the two species also seem to have developed their own 'accents'. Other researchers have previously shown that calls differ between Australian and New Zealand little penguins and females prefer the calls of males of their own species. "You could say the Aussies like hearing 'feesh', while 'fush' sounds better to Kiwi ears," Dr Grosser jokes.

"The recognition of unique penguin species on both sides of the Tasman highlights the importance of managing and conserving them separately," she says.

Another unexpected finding of the study was the discovery that the Australian species -- Eudyptula novaehollandiae -- is surprisingly also present in Otago, in the remote southeast corner of New Zealand's South Island. "Our genetic data suggest that the Otago and Australian populations are quite closely related," says Dr Grosser.

The team is currently working to better establish the history of the Otago population using ancient DNA.

"This research highlights that there is still much to be discovered about our region's unique wildlife," says Professor Jon Waters, who was involved in the study. "The new recognition of endemic species -- unique to our region -- is crucial for managing our natural heritage."