Polymer semiconductors, which can be processed on large-area and mechanically flexible substrates with low cost, are considered as one of the main components for future plastic electronics. However, they, especially n-type semiconducting polymers, currently lag behind inorganic counterparts in the charge carrier mobility - which characterizes how quickly charge carriers (electron) can move inside a semiconductor - and the chemical stability in ambient air.

Recently, a joint research team, consisting of Prof. Kilwon Cho and Dr. Boseok Kang with Pohang University of Science and Technology, and Prof. Yun-Hi Kim and Dr. Ran Kim with Gyungsang National University, has developed a new n-type semiconducting polymer with superior electron mobility and oxidative stability. The research outcome was published in Journal of the American Chemical Society (JACS) as a cover article and highlighted by the editors in JACS Spotlights.

The team modified a n-type conjugated polymer with semi-fluoroalkyl side chains - which are found to have several unique properties, such as hydrophobicity, rigidity, thermal stability, chemical and oxidative resistance, and the ability to self-organize. As a result, the modified polymer was shown to form a superstructure composed of polymer backbone crystals and side-chain crystals, resulting in a high degree of semicrystalline order. The team explained this phenomenon is attributed to the strong self-organization of the side chains and significantly boosts charge transport in polymer semiconductors. 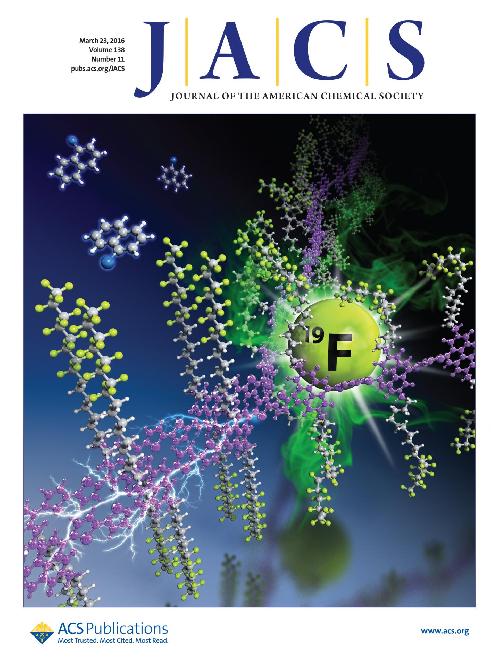 Prof. Cho emphasized "We investigated the effects of semi-fluoroalkyl side chains of conjugated polymers at the molecular level and suggested a new strategy to design highly-performing polymeric materials for next-generation plastic electronics".

This research was supported by the Center for Advanced Soft Electronics under the Global Frontier Research Program and the National Research Foundation (NRF) of Korea funded by the Ministry of Science, ICT and Future Planning.