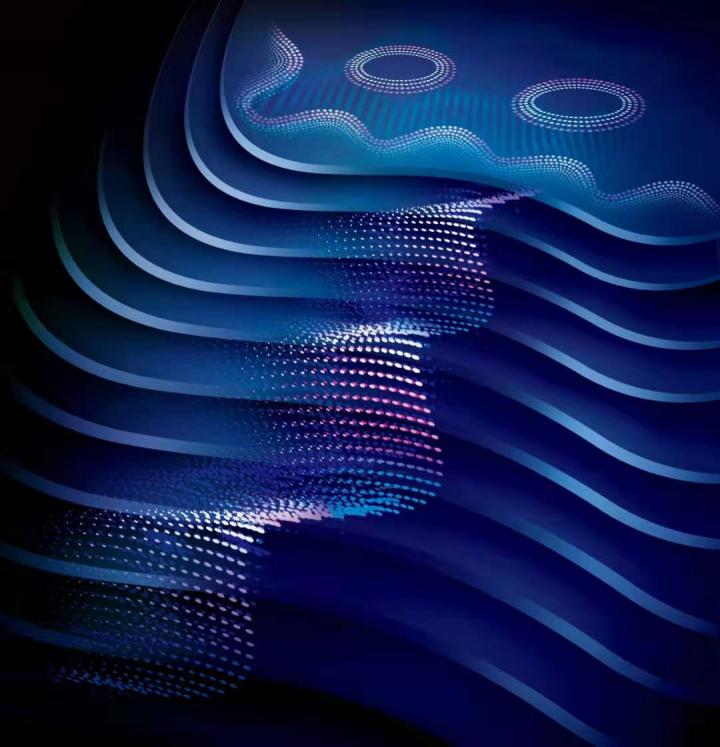 IMAGE: An illustration of the 3D quantum Hall effect. Under enhanced interaction effects, the electrons form a special charge density wave along the applied magnetic field. The interior becomes insulating, while...

The quantum Hall effect (QHE), which was previously known for two-dimensional (2D) systems, was predicted to be possible for three-dimensional (3D) systems by Bertrand Halperin in 1987, but the theory was not proven until recently by researchers from the Singapore University of Technology and Design (SUTD) and their research collaborators from around the globe.

The Hall effect, a fundamental technique for material characterization, is formed when a magnetic field deflects the flow of electrons sideways and leads to a voltage drop across the transverse direction. In 1980, a surprising observation was made when measuring the Hall effect for a two-dimensional (2D) electron gas trapped in a semiconductor structure - the measured Hall resistivity showed a series of completely flat plateau, quantized to values with a remarkable accuracy of one part in 10 billion. This became known as the QHE.

QHE has since revolutionized our fundamental understanding of condensed matter physics, generating a vast field of physics research. Many new emerging topics, such as topological materials, can also be traced back to it.

Soon after its discovery, researchers pursued the possibility of generalizing QHE from 2D systems to three dimensions (3D). Bertrand Halperin predicted that such a generalized effect, called the 3D QHE, is indeed possible in a seminal paper published in 1987. From theoretical analysis, he gave signatures for 3D QHE and pointed out that enhanced interactions between the electrons under a magnetic field can be the key to drive a metal material into the 3D QHE state.

30 years have passed since Halperin's prediction and while there have been continuing efforts in trying to realize 3D QHE in experiment, clear evidence has been elusive due to the stringent conditions required for 3D QHE - the material needs to be very pure, have high mobility, and low carrier density.

SUTD's experimental collaborator, the Southern University of Science and Technology (SUSTech) in China, has been working on a unique material known as ZrTe5 since 2014. This material is able to satisfy the required conditions and exhibit the signatures of 3D QHE.

In the research paper published in Nature, the researchers show that when the material is cooled to very low temperature while under a moderate magnetic field, its longitudinal resistivity drops to zero, indicating that the material transforms from a metal to an insulator. This is due to the electronic interactions where the electrons redistribute themselves and form a periodic density wave along the magnetic field direction (as illustrated in the image) called the charge density wave.

"This change would usually freeze the electron motion and the material becomes insulating, disallowing the electron to flow through the interior of the material. However, using this unique material, the electrons can move through the surfaces, giving a Hall resistivity quantized by the wavelength of the charge density wave," explained co-author Professor Zhang Liyuan from SUSTech. This in turn proves the first demonstration of the long speculating 3D QHE, pushing the celebrated QHE from 2D to 3D.

"We can expect that the discovery of 3D QHE will lead to new breakthroughs in our knowledge of physics and provide a cornucopia of new physical effects. This new knowledge, in one way or another, will also provide us new opportunities for practical technological development," said co-author, Assistant Professor Yang Shengyuan from SUTD.