Concerned about the effect of stress on your health and well-being? If your answer is "yes," then Arizona State University Professor Doug Granger is doing research that could impact you. Granger is pioneering the field of interdisciplinary salivary bioscience using spit.

Spit conjures a variety of saying and images for most people, but for Granger and colleagues spit is also serious business. "The use of oral fluid as a research and diagnostic specimen has tremendous potential," says Granger, who is the director of ASU's new Institute for Interdisciplinary Salivary Bioscience Research and Foundation Professor in the Department of Psychology in ASU's College of Liberal Arts and Sciences.

In a recent study, Granger and scientists with the University of Oregon tracked the release of nerve growth factor in saliva (sNGF), finding for the first time that this protein typically linked to the survival, development or function of neurons may be an important player in understanding the body's response to stress.

"So far," says Heidemarie Laurent, lead author and assistant professor of psychology with the University of Oregon, "sNGF appears to represent a unique facet of the way a person responds to acute stress, with individual differences in sNGF related to both short-term and more lasting measures of psychological health. Most importantly, sNGF appears to be related to resilience rather than risk."

"Have you ever wondered why adversity affects some people more negativity than others?" poses Granger. "Well, it is possible that sNGF is an important piece of that puzzle."

Nerve growth factor was discovered in the 1950s by Dr. Rita Levi-Montalcini, who shared a Nobel Prize with Stanley Cohen in Physiology and Medicine in 1986. Much has been uncovered about its role in the brain and nervous system, but few scientists considered how sNGF levels in people's saliva might be related to the behavioral and biological components of the body's stress response.

"Why would they?" says Granger, "it wasn't until the early 1990s that salivary bioscience emerged as a subfield." 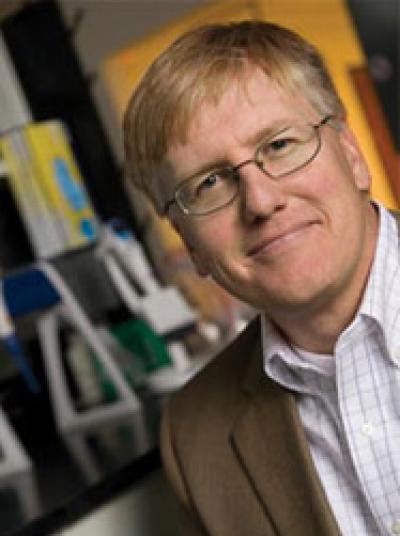 Have you ever wondered why adversity affects some people more negativity than others? Salivary NGF is an important piece of that puzzle, according to research by researcher Heidemarie Laurent, University of Oregon, and Doug Granger, director of ASU's new Institute for Interdisciplinary Salivary Bioscience Research and Foundation Professor in the Department of Psychology in ASU's College of Liberal Arts and Sciences.

Granger and Laurent recently reported that conflict with a romantic partner caused sNGF to rise in parallel with the two main components of the "fight or flight" stress response – the autonomic nervous system and the hypothalamic-pituitary-adrenal axis. Most significantly, the researchers found that the more a person's sNGF level increased in response to stress, the lower their conflict-related negative emotions.

"This finding," says Laurent "suggests that a sNGF response to stress might be protective, a hypothesis supported by analyses in adolescents showing that higher levels of sNGF during stress tend to be associated with lower levels of problem behaviors."

The group's potentially landmark findings were published on Sept. 27 in Psychosomatic Medicine. It is the first of a series of papers related to sNGF and its benefits in the study of social relationships and behavior.

"One of the things that makes sNGF so different is that it is related to positive attributes," adds Granger. "So rather than being a risk marker, sNGF has the potential to index resilience."

"This research offers important insights that could revolutionize the way adaptive stress responses are understood and measured – not simply as activation in any one system, but as a pattern of activation across multiple, linked systems," says Granger. "We hope that our studies empower scientists and practitioners to pursue new multisystem approaches in biomedical, psychiatric, and psychological research."

Testing of saliva has been largely overlooked by diagnostic and biomedical science. Early attempts to measure biomarkers or analytes in spit were hampered by inconsistent results and lack of recognized economic benefit to companies developing immunodiagnostics. This has not been so in research. In the last 20 years, thousands of studies have used oral fluid as a non-invasive alternative to collecting blood.

To help move the field forward, Granger and his partners founded Salimetrics in 1998 and Salivabio in 2010. These companies develop and manufacture specialized reagents and tools for use in the collection and laboratory analysis of oral fluid. "The end game," says Granger, "is to mobilize a network of scientists and professionals in academics and industry, provide them access to specialized tools, and then harness what we can learn from the markers present in oral fluids to make a difference in people's lives."

"Imagine if you are a woman who is going through a procedure for in vitro fertilization? Rather than experiencing multiple punctures day after day, to draw blood, a sample of saliva can give the same result, quickly and painlessly," notes Granger. 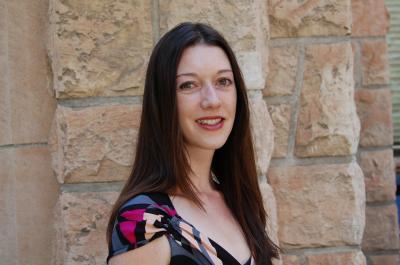 Lead author Heidemarie Laurent, with the University of Oregon, and Doug Granger, with Arizona State, have found that 'salivary NGF 'appears to represent a unique facet of the way a person responds to acute stress, with individual differences in sNGF related to both short-term and more lasting measures of psychological health.'