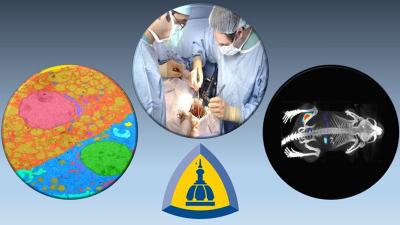 Although more than 2 million people are registered in state medical cannabis programs across the United States, very little is known about the medical benefits of cannabis. What knowledge has been gained is from programs approved by the U.S. Food and Drug Administration for cannabis products to treat a type of pediatric epilepsy, anorexia in patients with AIDS, and nausea and vomiting in patients with cancer.

To determine if medical cannabis users have any perceived or actual health benefits, Johns Hopkins Medicine researchers and colleagues at Realm of Caring Foundation surveyed these users and found that they reported less pain, better sleep and reduced anxiety, along with taking fewer prescription medications.

They also were less likely to have visited an emergency room or have been admitted to a hospital than people who didn't use cannabis for medical purposes.

In their study, published online on June 8, 2020, in Cannabis and Cannabinoid Research, the researchers report that because this early work shows medical benefits for cannabis, more funding and clinical trials are urgently needed to determine what conditions the drug may treat.

"It wasn't surprising to me that people claim to feel better when using medical cannabis, but it was unexpected to see that these people utilized less health care resources," says Ryan Vandrey, Ph.D., associate professor of psychiatry and behavioral sciences at the Johns Hopkins University School of Medicine.

"When we evaluated people before and after using medical cannabis, and then saw the exact same changes seen in the cross-sectional comparison between cannabis users and controls, that's when we knew we had a compelling validation showing actual medical benefit," he adds.

When it came to health care resources, compared with nonusers, medical cannabis users reported using 14% fewer prescription medications, and that they were 39% less likely to have visited an emergency room and 46% less likely to have been admitted to a hospital in the month before being surveyed.

"This study was a 30,000-foot view of the landscape and now we need to drill down to see what conditions are actually benefitted from medical cannabis use," says Vandrey.

His team next plans to look at the effects of medical cannabis on epilepsy, anxiety and autism in future studies.

In a December 2019 study, a team of Johns Hopkins Medicine researchers demonstrated in mice that repair of bone fractures requires the generation, growth and spread of nerve cells, or neurons, throughout the injured area. This, they showed, partly relies on a protein known as nerve growth factor (NGF). Now, the researchers have dug deeper into this process to better understand how the nervous and immune systems work together with NGF to enable nerve regrowth during bone repair.

In a new study, published in the May 26, 2020, issue of the journal Cell Reports, the researchers found once again in mice that two proteins -- tropomyosin receptor kinase-A (TrkA) and NGF -- bind together to stimulate innervation (the supplying of nerves), and subsequently, new bone at an injured site. What surprised them was that the NGF that mattered most in this process came from an unexpected source: macrophages, the white blood cells that alert the immune system to foreign invaders through inflammation, and then engulf and remove the attackers from the body.

"Previous research has shown that immune cells are clearly important in bone repair, but what we determined in our study is that macrophages and their inflammatory signals also kickstart nerve regrowth in injured bone," says Aaron James, M.D., Ph.D., associate professor of pathology at the Johns Hopkins University School of Medicine and co-senior author of both studies.

In other words, James explains, the team's experiments revealed "that NGF-TrkA signaling is how macrophages 'talk' to nerve fibers so that bone healing can begin."

When bones are injured, there is a large release of the NGF neurotrophin (a protein that induces the survival, development and function of neurons). This activates sensory nerves to grow into the injured tissue. These sensory nerves play multiple roles, including alerting the body through pain that the bone is broken and regulating the healing process.

To define the mechanism by which bone is repaired, the researchers removed the same small piece of skull from each of the mice in the study. By manipulating various steps of the NGF-TrkA signaling pathway in different mice, the team found that: (1) the release of NGF coincides with the beginning of innervation, (2) bone injury stimulates the increased production of NGF, (3) inflammation at the injury site drives NGF production by macrophages (which are drawn by chemical signals released during inflammation), (4) increased amounts of NGF elicit new nerve formation in the injured tissue, (5) disrupting the production of NGF reduces innervation and impairs calvarial bone regeneration, and (6) NGF produced by macrophages is the neurotrophin required for bone repair.

"We now understand that nerve growth and bone repair are linked processes," James says. "Knowing this, we may be able to find ways to maximize our innate healing capacities. Developing new methods to improve bone healing would greatly benefit many people, especially the elderly, where injuries such as hip fractures often lead to worse outcomes than heart attacks."

According to a new study by Johns Hopkins Medicine researchers, an intervention program for people with serious mental illnesses like schizophrenia, bipolar disorder and major depression can reduce the 10-year risk of having a heart attack or stroke by an average of nearly 13%. People in this group have twice the rate of cardiovascular disease than the general population and are more likely to die of it because they often have risk factors such as being overweight, getting less physical activity, having high cholesterol or blood pressure, or smoking.

Additionally, these people more commonly face special challenges in receiving heart-healthy interventions because of reduced attention or decision-making skills, and socioeconomic risk factors such as poverty, lack of social support and access to healthy foods.

The research team's findings were published on June 12, 2020, in JAMA Network Open.

"Our program, which incorporates counseling tied to care management and coordination, showed that it is possible to put together an effective program that can improve cardiovascular health and reduce the health care disparities of people with major mental illnesses," says Gail Daumit, M.D., M.H.S., professor of medicine and psychiatry and behavioral sciences at the Johns Hopkins University School of Medicine.

For this study, 132 participants with serious mental disorders underwent 18 months of intervention compared with 137 controls who did not. Each participant in the intervention program was assigned a counselor and a nurse who helped guide them to adopt positive lifestyle behaviors such as quitting smoking, eating a healthy diet and managing their cardiovascular health with primary care providers.

To calculate cardiovascular risk both before and after the intervention, the researchers used the Framingham Risk Score for Hard Coronary Heart Disease, which predicts the 10-year risk of having a major cardiovascular event, such as a heart attack or stroke.

"Although a few previous studies have examined the impact of intervening on a single risk factor, such as smoking or obesity, this investigation took the unique approach of developing and implementing a tailored, multi-level intervention to reduce risk," says Catherine Stoney, Ph.D., deputy director of the Center for Translational Research and Implementation Science at the National Heart, Lung, and Blood Institute, part of the National Institutes of Health. "The findings suggest that incorporating this comprehensive intervention in a high-need, high-risk population can have a positive impact on cardiovascular risk scores."

Daumit says a basic framework for this type of intervention already exists in a Medicaid health home program that uses nurse care managers in community mental health programs. That program is being used in 17 states and the District of Columbia. However, she says, before this study there were no evidenced-based interventions for nurses to implement that addressed cardiovascular risk in their patients.

"With a structured intervention, we believe that it would be feasible to use the existing framework to reduce cardiovascular risk in persons with serious mental illness nationwide," says Daumit.

Her future work will focus on finding ways to accomplish that goal, including developing and implementing a scaled-up version of the program validated in the study.

What Motivates People To Use Psychedelics? New Criteria May Help Provide the Answer

To understand why some drugs are likely to be abused, researchers in the past had identified effects on the brain and behavior shared among the most abused drugs. These common effects include feelings of euphoria that "highjack" the system leading to pleasure during eating or sex, unpleasant withdrawal when not taking the drug, and drug-seeking behavior in laboratory animals.

As a result, the U.S. Food and Drug Administration established a list of reliably documented effects to predict abuse potential and recommend what legal restrictions should be placed on new medications before they are marketed. While this approach works well for predicting the recreational use of classic drugs of abuse such as opioids, stimulants, and sedatives, it doesn't answer the question of why people use traditional, nonmedical psychedelics such as LSD or psilocybin -- the chemical found in "magic mushrooms."

Now, researchers at Johns Hopkins Medicine have proposed a solution by evaluating a new set of subjective effects that will predict the desire to use psychedelics. The researchers assessed these predictors with two psychedelics: psilocybin and dextromethorphan (DXM), a chemical found in low doses in over-the-counter cough medicine.

The team's findings are reported in the June 5, 2020, issue of the journal Psychopharmacology.

"Psilocybin currently is being evaluated as a treatment for various psychiatric conditions and there is increasing interest in developing related psychedelic drugs," says Roland Griffiths, Ph.D., the Oliver Lee McCabe III Professor in the Neuropsychopharmacology of Consciousness at the Johns Hopkins University School of Medicine and director of the Johns Hopkins Center for Psychedelic and Consciousness Research. "Before making such drugs widely available as medicines, it is important to know why people have regularly taken these drugs for hundreds of years, so we can predict factors that might lead to future problematic nonmedical use."

The 20 participants in the trial had previously used psychedelic drugs. On five separate occasions during the study, they took either three different doses of psilocybin, a large dose of DXM or a placebo. Although DXM produced greater effects than the placebo on all of the subjective predictors of future use, psilocybin consistently yielded much larger effects.